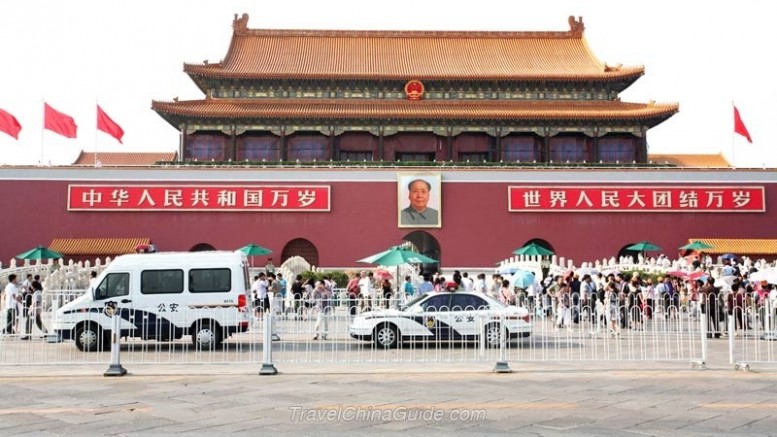 The year 2016 being the 50th anniversary of the start of the Great Proletarian Cultural Revolution (GPCR) (1966-76), not only intellectuals but relatively liberal officials have joined the discussion about whether it is possible for some form and shape of the Ten Years of Chaos to recur.

Pop culture icon Cui Jian spoke for many when he said that the Cultural Revolution is still not finished as long as Mao’s portrait still looms over Tiananmen Square. Yet even retired senior official Yu Youjun seemed to echo this sentiment when he gave a lecture at Guangdong Province’s Sun Yat-sen University earlier this month.

Yu, a former governor of Shanxi Province and party secretary of the Ministry of Culture had this to say: “The soil for the Cultural Revolution is still fertile, especially when the people have no reasonable and profound knowledge of it.” He added: “It may partially recur, under certain historical conditions.”

The fact of the matter remains that authoritarian figures from Mao Zedong to Xi Jinping see “culture” as a means to impose the proverbial “one-voice chamber” particularly on the nation’s intelligentsia.

It was not accidental that during the GPCR, untold quantities of rare and foreign books as well as objets d’art were burned and destroyed. Not only disgraced cadres but world-renowned men of letters such as the great novelist Lao Shi committed suicide.

Since he took over power three years ago, President and Communist Party General Secretary Xi has begun a campaign to “revive Chinese culture.” Inherent in Xi’s best-known mantra – the “Chinese dream” – is the concept of “the great renaissance of the Chinese people.” So-called cultural revival plays a big role in this super-nationalistic goal of a spectacular renaissance of Chinese values and worldviews.

“The strength of a country and a people is underpinned by a vigorous culture,” Xi said in late 2013 while visiting the home of Confucius Qufu, Shandong Province. “The prerequisite of the great renaissance of the Chinese people requires the development and prosperity of Chinese culture.”

It is clear, however, that for Xi and his colleagues working in the Communist Party Propaganda Department and the Ministry of Culture, “culture” ultimately serves the utilitarian and politically expedient purpose of boosting the people’s faith in “socialism with Chinese characteristics” – and supreme party rule.

As Xi has repeatedly emphasized, “the most critical core of a country’s comprehensive strength is cultural soft power.” “We must firm up our self-confidence in the theory, the path and the system [of Chinese-style socialism],” he indicated. “Fundamentally, we also need to have cultural self-confidence.”

Highlighting “cultural self-confidence,” of course, presupposes that unwholesome and vulgar culture – what Chairman Mao dismissed as “poisonous weeds” – can have no place in socialist China.

Within one year of his ascendancy to power, Xi passed the notorious Document No. 9, which forbids college teachers to discuss seven taboo areas including Western democratic ideas, freedom of the media, the civil society and independence of the judiciary.

Ultra-conservative Minister of Culture Yuan Guiren pointed out a few months ago that party and educational authorities would “definitely not allow views and opinions that attack and libel party leaders or that smear socialism to appear in the classroom.”

One is reminded of the views of the recently deceased Du Runsheng, an acclaimed reformer whose disciples included Politburo Standing Committee member Wang Qishan and other bigwigs in the party leadership.

A handful of liberal scholars who have benefited from Du’s teachings recently recalled his judgment on the GPCR and similar ideological campaigns waged by Mao: “Without independent thinking, 1 billion brains are equivalent to just one brain. Mistakes made [by one person] are duplicated by everybody. We must take heed from these horrendous lessons of history.”

As Xi has arrogated more and more power to himself – and a personality cult around this formidable Fifth-Generation leader is being feverishly constructed – intellectuals who advocate free thinking and a bigger public space in China’s authoritarian system are fearing for the worst.

Be the first to comment on "Will the Cultural Revolution make a comeback?"