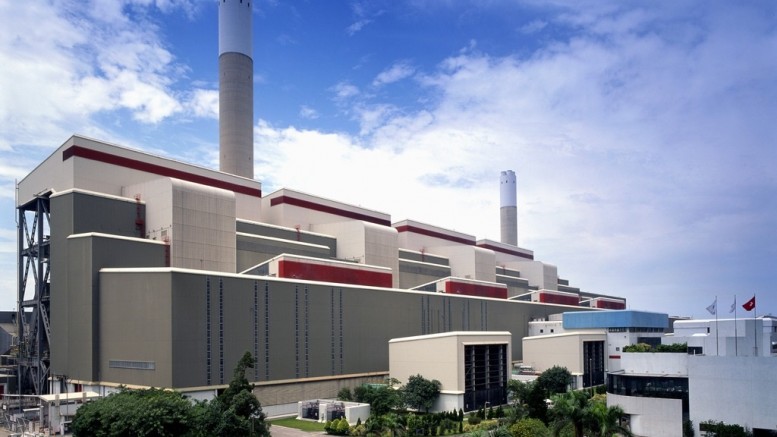 By John Sayer and Albert Lai –

Big international businesses are waking up to the changes brought by climate change, and are already preparing to face the challenges this brings. What they worry most are not ambitious carbon reduction targets but the fact that governments are indecisive about policies and regulations, thus creating uncertainties which will deter bold investments.

The “We Mean Business” alliance, an international grouping of major corporations, of which Hong Kong’s China Light and Power Company is an active member, is calling for national governments to achieve a robust climate change agreement in Paris. These companies want the deal to accelerate the transition to a low-carbon economy, achieve a net zero carbon economy well before the end of the century, and encourage business to invest in this low carbon economy.

There is no sign yet of a government vision for climate-informed development in Hong Kong. For example, in Tai Wo Ping, a valley located in a green belt adjacent to Lion’s Rock Country Park, the government has rezoned the site for housing development. Site formation for 2.1 hectares of buildable land will require hillside stabilization of 12 hectares. The ratio of useable land to unstable slopes in this project is around 1:6, much higher than the average.

With increasing frequency of extreme weather, the chances of severe rainfall of around 500 mm in a day have grown. This is equivalent to seven continuous hours of black rainstorm warning. Last century such incidents used to happen once every 117 years on average, but estimates from the Hong Kong Observatory are that by 2050 this could happen once every 15 years. Assuming a 50-year lifetime of buildings, this means that building owners will face floods resulting from a massive 500 mm of rain at least three times. This is an extreme scenario most people have never experienced, or have learned to prepare for.

In London, they have constructed the Thames Barrier to defend against tidal surges. With their long coastlines, HK Island and Kowloon cannot create such defense structures against sea level rise. The proposed artificial Island East of Lantau would face a similar problem from rising sea levels unless it can be built many metres higher than planned. Not only would this hugely increase its cost, but there may well be insurmountable engineering and environmental hurdles.

A World Bank study shows that Guangzhou is number one and Shenzhen number 10 in the list of the world’s major coastal cities whose economies would be most affected by flooding in terms of impact on GNP. Even if Hong Kong could prepare measures to protect its own waterline, it could not ensure stable supplies of electricity, water and food if Guangzhou and Shenzhen suffered massive disruptive floods. Hong Kong might then have to deal with refugees from these failing cities.

If our leaders are not climate-informed in their decisions, their plans and their visions, then they themselves may well be the weakest link in Hong Kong’s future.

The World Bank “Shock Waves” report provides evidence that productivity begins to fall after temperatures reach 23 degrees, and for every degree above 25 Celsius, the study suggest a 2% drop in relative performance.

For Hong Kong to get anywhere near the necessary carbon reduction plan, innovations in urban planning, architecture and industrial design need to be highly climate-informed. A lot of sectors in society need to keep up with the cutting edge thinking on climate-informed development.

Carbon Care InnoLab is the first platform designed specifically to encourage all sectors of society to think about these changes and turn ideas into action. We need to stimulate ideas not only from those already in positions of authority, but also from inspired young people at community level.

The Volkswagen scandal is an example of misconduct and profound lack of vision in climate reporting. But the German carmakers are not the only company making bad choices. Exxon Mobil now stands accused of hiding its clear knowledge of impacts of climate change to try to bury the future rather than face it.

Facing up to the challenges of the transition to a zero-carbon future can bring new business and innovation opportunities for those companies that opt to be leaders. Not only this, climate informed development can create a platform for dramatic new forms of cooperation between NGOs, business and governments. Laggards will be swamped, figuratively and perhaps physically, by the changes.

Working for a zero-carbon future is the only serious survival strategy for the business sector in the face of storms ahead.

This is the second of a two-part article on the Paris Climate Change talk. The first part, “Are you ready for the storm? Hong Kong Business and Paris climate talks“, was published on November 23.