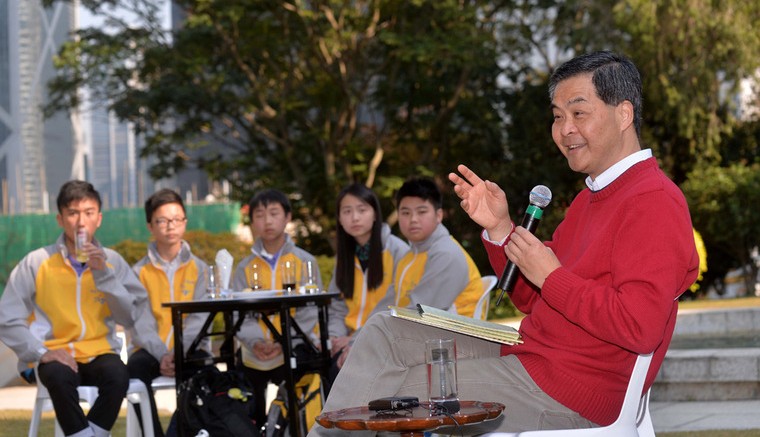 A surprise bid by the Liberal Party’s Tommy Cheung Yu-yan to unseat an incumbent chairman of the Legislative Council House Committee raises interesting questions about the changes in the post-political reform political scene.

Cheung has revealed he plans to compete with Andrew Leung Kwan-yin for the committee chairmanship, saying he was keen to learn new experience from different posts. He is chairman of the Finance Committee in the last session.

As if that is not enough to show the rift within the pro-government faction in the legislature, Cheung said the pro-establishment force should not dominate the legislature through the snapping up of top posts of all committees.

He has called for better communication between the various factions in the legislature to help smoother their operation.

Cheung said he is hoping to play a role in fostering closer contact with the pan-democratic camp.

Moves by Cheung to move closer to the pan-democrats, farther from the pro-establishment camp show a rift erupted within the loyalists over the political reform vote debacle in June is seemingly widening.

A decision by the Liberal Party legislators not to join a walk-out masterminded by some pro-establishment leaders has emerged as a key factor in the embarrassing veto of the Beijing-dictated universal suffrage package for the 2017 chief executive election by 28 to 8.

The pro-establishment camp’s political reform vote debacle has resulted in acrimonious squabbling among various factions, which exposed further their deep-seated feud and contradictions.

Apparently, the widened rift in the pro-government camp has shocked Beijing.

If anything, the recent political moves by the Liberals to reposition themselves in the political scene show the political fallout of the reform vote saga is just beginning to unfold.

Though holding only five seats in the legislature, the Liberal Party seems to be keen to make the best use of them to subvert the domination of key pro-establishment factions.

Cheung could stand a reasonable chance to get the post of House Committee chairman if he manages to win the backing of the pan-democrats and a handful of non-affiliated lawmakers.

In a nutshell, changes in the balance of power in the legislature featuring the domination of pro-government camp with 43 votes and an opposition with only 27 votes are apparently underway..

The Liberals seem to be keen to change the game by adopting a more flexible approach in forming partnership in the legislature. Take the election of chairman an vice-chairmen of Legco’s policy panel committees as an example. The Liberals look set to work close with the pan-democrats to fight for a bigger role in the various committees.

It is open secret that the central government’s Liaison Office in the city has played a key role in coordinating matters concerning the various political parties.

The Liberals revolt in the House Committee election has raised questions about the political capability of the Leung team and the Liaison Group in pulling together a solid, strong pro-establishment force.

Already faced with a hostile opposition, Leung is confronted with an aggressive dissident group within the pro-government camp, who made no hiding their dislike of the chief executive.

The Liberals have insisted they still allied with pro-establishment camp. But increasingly, it would be political naive for the Leung team to count the Liberals as loyal supporters.

The Liberals’ subtle change of game play is a grim, early reminder to Leung the remaining two years of governance in his current term is certain to be fraught with uncertainties and difficulty.”