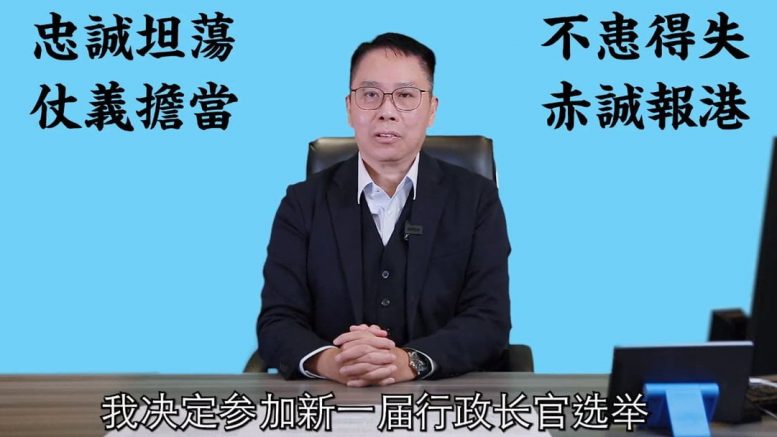 The 2022 chief executive election saw a dramatic, if not farcical, start on Wednesday (Dec 19) with an unlikely aspirant declaring his bid for the top post. Following a terse announcement on YouTube, kung fu master Checkley Sin Kwok-lam became the first-mover in the race scheduled for March 27. He has promised to “serve without caring about personal gains,” without shedding some light on how to run the city.

The surprise move of Sin caused some disquiet in the political circle. Most media outlets gave moderate coverage of his bid, leaving the question of whether Sin deserved some publicity to their readers. Intriguingly, the two major Chinese dailies close to Beijing, Ta Kung Pao and Wen Wei Po, gave the story a miss.

For many ordinary citizens, the chief executive election is none of their business. Only those who sit on the Election Committee, whose total membership is 1,500, are entitled the right to nominate and to vote.

For some who bother to know what is going on, the first question they were asking is: who’s Sin?

Formerly the managing director of Wing Hang Credit and a protégé of the son of martial arts legend Ip Man, the 64-year-old film producer has become a star in the online world since 2019, or more accurately, the pro-establishment circle.

Followers of his online show are broadly being described as those who belong to the “deep blue” circle in the city’s political spectrum. Known for his hardline stance on political issues, Sin is also a strong critic of Chief Executive Carrie Lam Cheng Yuet-ngor for her governance.

News of his election bid was greeted with mixed reaction. Some veteran pro-establishment figures, who admitted knowing little about him, were shied from making a comment, let alone a stance on his move. This is mainly because of the eerie silence of Beijing on the upcoming CE race. The game plan of Beijing is still wrapped in mystery. Against that background, it is not surprising that they preferred silence to avoid putting the wrong bet and taking the wrong stance on the chief executive election.

Ironically, the pro-democracy “yellow” circle reacted with elation and excitement. While dismissing Sin as a joke, they turned the kung fu man into a whip to lash the election system.

Their cynicism and skepticism are not unfounded.

Putting aside the question of a handful of financial disputes that Sin was allegedly involved in, the popular talking man was reticent about his plan to restore peace and prosperity to Hong Kong, if, a big if, he has one.

In a post on his Facebook late Wednesday after he made the announcement, he claimed to have received enthusiastic support and encouragement from Election Committee members, friends and the public.

He said he would adopt an open and full public participation approach in formulating his election platform. Suggestions and ideas they put forward will be included in his platform if they are deemed as good and feasible, he said. 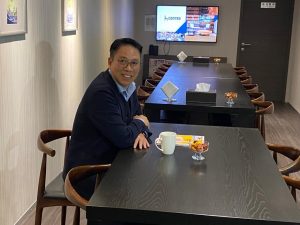 Sin is no doubt a colorful man with some skills in talking. He is a fighting man in its real sense. But his track record in public administration, or even marginal involvement, is a blank sheet.

He is asking for good and feasible ideas for him to walk the talk of running the city if he wins the March 27 race. It looks certain he will not be able to get enough nominations for being a candidate on the ballot paper, not even a tally any near to the minimum requirement of 180 nominations.

But by being the first to join the race, Sin has emerged as an early winner with a likely big boost in the number of his fans on social media. The share price of a listed company that he has a small stake in saw a double-digit surge on Wednesday.

He has vowed to “serve without caring about personal gains.” Whether Sin cares or not is anybody’s guess. But there is no doubt he has already reaped early gains with handsome returns from a cheap election show.