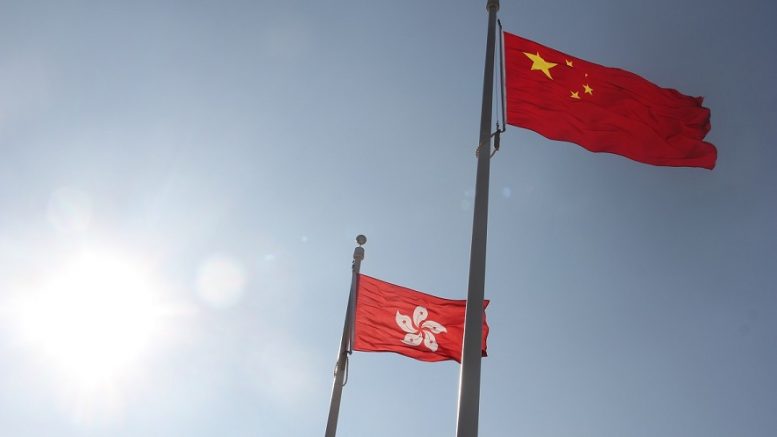 History is full of coincidence and irony. The Chinese Communist Party is due to celebrate its 100th birthday on July 1, which also marks the 24th anniversary of China’s resumption of sovereignty over Hong Kong.

Putting an end to the humiliating British colonial rule and ushering a new era of Hong Kong under the untried experiment of “one country, two systems” 24 years ago, the ruling party was beamed with confidence that Hong Kong would only get better under Chinese rule.

In a calligraphy he penned as a gift to Hong Kong people during his visit, the then party general secretary Jiang Zemin wrote, “Hong Kong will be better tomorrow.”

With the two anniversaries half a month to go, the shape and state of the Hong Kong SAR under “one country, two systems” have little worth celebrating.

The ruling party has not just failed to build a better Hong Kong as they had promised, but to maintain stability and prosperity as they had stated as one of the all-important principles of the CCP’s Hong Kong policy.

Facts speak louder than words. Hong Kong has been on a slippery path since 1997 at all fronts. Its economic competitiveness fell. Poor leadership and chronic governance problems have dragged the Government’s own feet in formulating policies to cope with the rapid changes facing the city.

Worse, they have aggravated socio-political conflicts, worsened divisiveness and poisoned the atmosphere of the society. Opinion surveys show public perception towards the Chinese government and the ruling CCP has persistently grown negative since the late 2000s.

Pro-Beijing figures have lamented that the hearts of Hong Kong have not yet returned to the motherland. There are more signs showing the hearts and minds of Hong Kong Chinese in particular the young generation, are moving further away from the central authorities and the SAR government.

Starting last year, a new wave of migration of the city’s educated, middle-income class will reach a high point in the next two months as parents with children rush to land on foreign soil before the new school year begins.

Being a symbol of the principle of “Hong Kong people ruling Hong Kong” under the “one country, two systems” policy, the Chief Executive is accountable to both the central government and the people of Hong Kong.

That the popularity of the current head, Carrie Lam Cheng Yuet-ngor, has plummeted to a deplorable low point cannot possibly be something both Beijing and Hong Kong can take pride of as an example of the success of “one country, two systems.”

Economic stagnation and political gridlock aside, the erosion of freedom and the rise of an suffocating atmosphere have made the city hardly recognisable in many aspects. 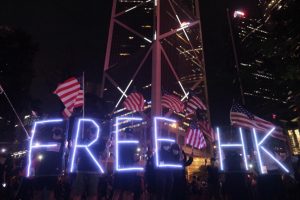 Cases are aplenty that hit headlines on a daily basis.

Last week, the Government suddenly gazetted amendments to film censorship rules with immediate effect, adding national security as a factor in the vetting of films, including documentaries, for public screening. The new rule has effectively given green light to political censorship of films.

The air of freedom is wearing thin with the line between speech and act increasingly blurred. Expression of views on issues hinged upon national security could easily be deemed as acts vulnerable to be prosecuted under the national security law.

Freedom and the freewheeling lifestyle are the integral part of Hong Kong’s capitalist system to be preserved under the “one country, two systems” framework.

They are withering in the new era, which has been coined by pro-Beijing figures as handover 2.0, or the second handover of Hong Kong.

The notion of “one country, two systems” has become increasingly unreal and irrelevant.

Enter “One country, one system.” Hong Kong people have already been given plenty of previews of what it is like.

On Saturday, Beijing’s top representative in Hong Kong, Luo Huining, for the first time hailed the Communist Party as the architect, leader and defender of the “one country, two systems” policy. Yes and no.

Yes, the CCP led by late patriarch Deng Xiaoping mooted the idea of “one country, two systems” and turned it into a law, known as the Basic Law.

No, the ruling party has failed to uphold the system. 1997 marks the beginning of the end of the system with the CCP redefining important notions such as high degree of autonomy, “Hong Kong people ruling Hong Kong,” freedom and judicial independence.

Chief Secretary Matthew Cheung heaped praises on the CCP, mimicking the communist leaders’ slogan, “Without the Chinese Communist Party, there’s no China today.” He said the handover of Hong Kong is an important part of the CCP’s 100-year “great achievements.” Yes and no.

Yes, the CCP took Hong Kong back from the hands of the colonial ruler. No, the handover is hardly a success in making Hong Kong a better place.

This article was first published on Apple Daily website on June 16.