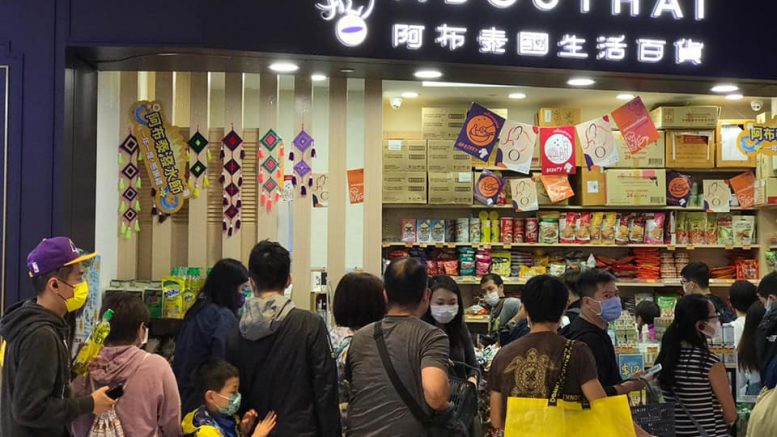 Last Sunday (April 11) morning, Hong Kong people woke up to be told by Chief Secretary Matthew Cheung Kin-chung that the city is back to what it had been. It is too good to be true.

Speaking in RTHK’s Letter to Hong Kong, he said the rule of law and judicial independence remain solid and strong. “So, too, are our basic rights and freedoms, including the freedom of speech, of the press, publication, association, assembly, procession and demonstration.

“In short, Hong Kong has largely reverted to the safe, rational, inclusive and vibrant society it has long been celebrated for. The Hong Kong that we all know and love.”

To many Hongkongers, the city is no longer the same we all know. A new era has begun with the seemingly end of the anti-extradition bill protest, followed by the enactment of national security law and an overhaul of the election system.

A string of events in the past few days has spoken of the new normal of the use of coercive power and disproportionate and dubious exercise of power in law enforcement by the Government. It raises disturbing questions about whether Hong Kong remains a free and just society.

On Thursday, the Customs Department held a series of coordinated raids on outlets of a Hong Kong retail chain, AboutThai, whose founder is accused of breaking the city’s draconian national security laws.

Customs officials insist the raids were carried out in connection with missing safety warnings on cleaning products. Reporters from various media have conducted similar checks in some retail chain and found items with missing safety warnings. The customs authorities have not yet given an explanation on why there were no raids on other retail shops, sparking claims that the operation was politically motivated.

Public anger towards the Government sparked protests in the form of snapping up AboutThai products. There were long queues at the chain’s outlets in different parts of the city over the weekend in a small-scale outburst of the deeply-rooted public discontent with the Carrie Lam administration.

It is an unambiguous sign of the lingering tension and distrust between the Government and the citizens heightened during the social movement that has never been eased.

And with the dearth of mutual trust, the Government’s move to adopt coercive means to boost the number of participants of the vaccination programme is likely to backfire, further eroding public trust and support for the Government.

Speaking at a press conference on Monday, Mrs Lam sought to give a boost to the vaccination programme by offering further easing of social distancing restrictions under certain conditions. All staff and customers should have been inoculated against Covid-19; and that all customers start using the government’s LeaveHomeSafe exposure notification app.

Lam said there were more than 3.7 million times of download of the app and that the information written down by some customers at restaurants were not accurate. She said she did not understand why people refused to use the app. She denied the Government has reversed their stance, putting pressure on the public to instal the LeaveHomeSafe app now.

Lam may genuinely feel relaxed about the download of a government app. But the truth is the Government has suffered from a deficit of trust among the populace. Regardless of the government efforts seeking to allay public jitters about the app could be misused by the Government to conduct surveillance of the people in our society.

Their fears are not without ground in view of the fact that the Government has not been able to put to the people a strong and convincing case – with data and evidence – of the merits and the vital importance of the exposure notification app.

By claiming there were more than 3.7 million downloads, Lam is attempting to put pressure on the remaining people to take the same side with the majority.

Cases relating to the AboutThai and the new app contrast oddly with the government’s avowed goal of building a free society. One of the basic rights of people in a free society is choices, namely the right of not to get vaccinated and not to adopt the LeaveHomeSafe app.

There are multiple reasons behind the lukewarm public response towards the vaccination scheme and their unwillingness of using the LeaveHomeSafe app.

But by turning them into conditions for a further relaxation of social distance rules, the Government has effectively given up efforts in digging deeper into the public psyche to find out a more benevolent way of converting doubters into supporters, not forcing them to become an enemy.

This article was first published on Apple Daily website on April 14.