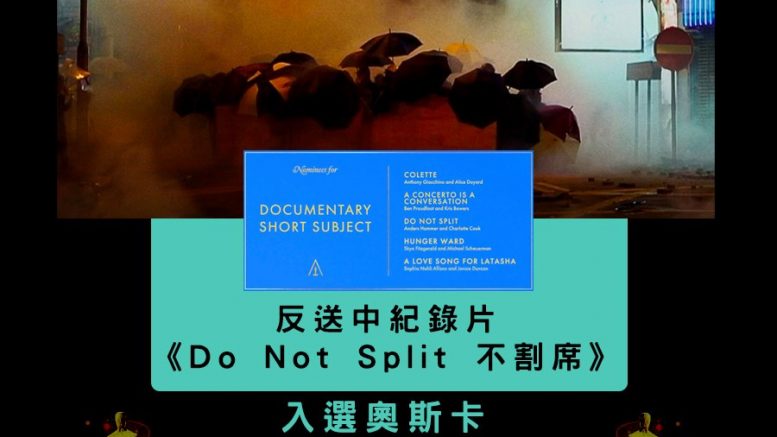 This year's Oscars will not be broadcast live，

Hong Kong is increasingly ruled by lies. The promise of “one country, two systems” has been proved to be damn lies. An overhaul of the electoral system aimed to “improve” is anything but an improvement. A string of events unfolded after the Hong Kong national security law took effect shows the assurance that the law would only target “a very small number of people” is another piece of lies.

Flashed back to June last year, Chief Executive Carrie Lam and his top aides and central government officials were at pains to put the hearts of Hongkongers at ease when it imposed a national security law in the city.

To allay their jitters, they assured the law would only affect “a very small number of people” and that the freedoms and lifestyles of the rest would not be adversely affected.

Nine months on, the enormity of the damaging power of the draconian law is widely felt across all strata of the society.

At the brunt of the attack, the pro-democracy camp has almost been shattered. A total of 47 democrats representing different generations and in different shades of colour are being charged with subversion. Most have their applications for bail being turned down.

It had been thought that they were the tiny number of people on the target of the national security law. Yes and no.

True, they have emerged as the biggest batch of people being taken to court for subversion-related charges.

But the deterrent and chilling effects of the law have been turned into a lethal weapon to curb freedoms of expression, speech and the press. Cases are aplenty.

Fully funded by the Government and run by government appointees, the West Kowloon Cultural District (WKCD) has become a target of attack by pro-Beijing media and pro-establishment political figures in the past fortnight.

At the bone of contention is a collection of works by mainland dissident artist Ai Weiwei, in particular a serial with the middle finger pointing at various symbols of power including Tiananmen Square. The artworks were condemned as an insult to China and have allegedly breached the national security law.

WKCD chairman Henry Tang Ying-yen said on Monday he was not a legal expert. But if the mainland’s national security office in Hong Kong considered any collections at the district a violation of the national security law, Tang said they would handle it in accordance with the law.

Tang spoke as if the mainland’s national security arm would have the power to decide what artworks would be allowed to be shown in the cultural complex.

In another sign of the sharply deteriorating free environment, Hong Kong audiences will not be able to watch the live broadcasts of the Oscars for the first time in 52 years. TVB, which has broadcast the star-studded event every year since 1969 on its English language channel, said they decided not to pursue the Oscars this year. It was described as “purely a commercial decision.”

Bloomberg News reported earlier this month that China’s Communist Party propaganda department has ordered its state-controlled media to play down the awards and not show the ceremony live.

The cause is believed to be the nomination of “Do Not Split”, a short documentary on Hong Kong’s pro-democracy protests, as well as the four nods for Chinese-born US director Chloe Zhao for “Nomadland”.

That no local broadcasters dare to venture into the political minefield is indicative of the prevailing air of political censorship in the field of media and the rapidly-blurred line between the mainland and Hong Kong.

Already off the air also included a list of RTHK television programmes, which were pulled out by a new editorial panel chaired by its newly-appointed head Patrick Li Pak-chuen.

They included an episode about the failure of students at seven out of eight government-funded universities to form their unions in the current semester year. Chinese University has an elected union cabinet resigned en masse after they announced a withdrawal of their election manifesto. The university has severed ties with the cabinet-elect, saying their manifesto may breach the national security law.

No official reason was given on the decision not to run the show as scheduled.

The M+ row, no-Oscars saga and RTHK serial of programme cuts are highly unusual episodes, but now the new normal in Hong Kong with the national security law sending chilling air and nurturing the virus of censorship in the city.

The original intent of the national security law may merely target the few, but it has not hit everyone.

This article was first published on Apple Daily website on March 31.

Be the first to comment on "National security law targets small, but hits big"