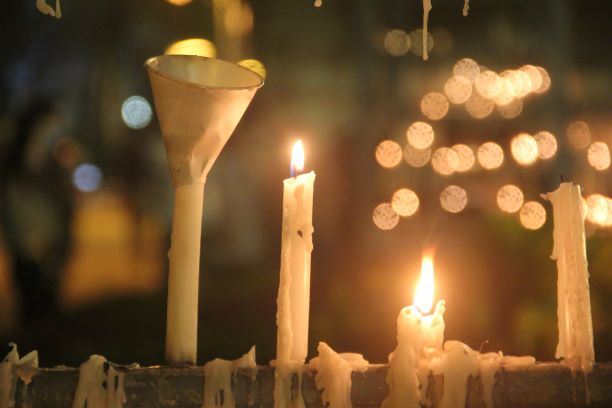 Will the annual candle lights shine at Victoria Park on June 4 2021 again?

The time may have come. Founded in the heyday of the 1989 Tiananmen democracy movement, the fate of a Hong Kong coalition in support of China’s democratic movement is mired in growing uncertainty following the enactment of a national security law for the city.

The Hong Kong Alliance in Support of Patriotic Democratic Movement in China faces fresh accusations of a violation of the national security law, which took effect on July 1.

The salvo fired by Tian Feilong, a senior member of the semi-official Chinese Association of Hong Kong and Macau Studies, in a newspaper article published on Monday may signal the beginning of the end of the 31-year-old alliance.

Pressure may grow for the Government and the Police’s national security department to take action against the alleged subversive body. Worse, its leaders may be arrested on charge of undermining national security.

Tian’s article was published on the Hong Kong Commercial Daily, one of the three pro-Beijing dailies with close ties with the central government’s office in Hong Kong.

In his article, Tian alleged the Alliance of being part of the West’s colour revolution and their agenda of globalisation of democracy. He claimed the Alliance has received long-time funding from overseas dissident associations and anti-China forces. Tian gave no evidence, nor elaboration.

The five-point charter of the Alliance, he said, shows they are a “subversive political organisation.” The Alliance has demanded the release of democratic movement activists, the reversal of the official verdict of the 1989 movement, the pursuit of responsibility for the killings, the end of one-party dictatorship and the building of a democratic China.

Tian said the Alliance, a Hong Kong-based “colour revolution organisation” that colluded with foreign forces, is suspected of breaching the national security law.

The Chinese Association of Hong Kong and Macau Studies is currently chaired by Xu Ze, a former vice director of the State Council’s Hong Kong and Macau Affairs Office, with which it is closely tied. While offering advice on policies and strategies like think-tank, it also acts as a propaganda tool for Beijing in public opinion battles.

That fresh accusation of the Alliance being subversive under the national security law was made by a senior member of the association shows the crackdown against anti-China activists may intensify.

The total number of calls and messages received is said to have already hit the 10,000-mark The Police refused to give details of the information they received. It will come as no surprise if a sizable part of the messages targeted the Alliance.

In view of its five-point charter, the Alliance has emerged as the immediate target of persecution after the passage of the national security law.

Even before the law took effect, Police banned the annual June 4 candle-light vigil at Victoria Park this year, citing social distancing rules. The vigil went ahead, but Alliance leaders and some pro-democracy figures are now facing charges of  unlawful assembly.

Since 1997, Beijing has tolerated the Alliance apparently because it is seen as a sign of the city’s free speech. Beijing’s tolerance has dried up.

Now that the national security law is in place, Beijing and the Hong Kong government no longer want to turn a blind eye to the Alliance in the city.

And if bad publicity of the international image of Hong Kong has posed restraint to them for not outlawing the Alliance in the past, both governments do not seem to care now about the reaction of other countries to a ban of the group.

Faced with threats to national security posed by local forces with Western hostile forces behind, Beijing is determined to talk tough and act with zero tolerance and vicissitudes to eradicate what they deem as subversive elements.

The future of the Alliance is no longer a question of whether they should be allowed to operate, but for how much longer.

This year’s candle-light vigil was held, albeit with a much smaller turnout, amid uncertainty and anxieties. Next year’s June 4 commemoration is a bigger question mark.

This article was first published on Apple Daily on November 16, 2020.