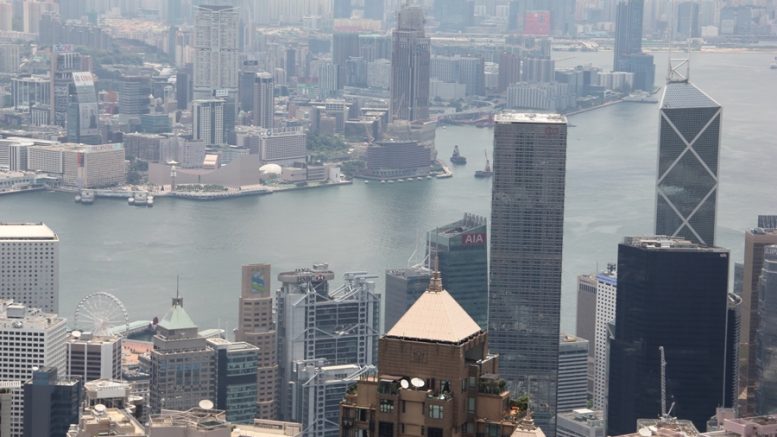 Former chief executive Tung Chee-hwa has envisioned Hong Kong as Asia’s world city in his 1999 Policy Address. He has vowed to build on Hong Kong’s existing strengths in a wide range of areas, including free flow of information, openness and diversity.

In its 2000 report, the Commission on Strategic Development that he chaired said: “Hong Kong needs to promote its unique position as one of the most cosmopolitan and vibrant cities in Asia to a wide range of international audiences.”

21 years on, Tung’s vision has become a joke. Anything “international” is now seen as highly politically sensitive; internationalisation a taboo. Instead, the pace of “mainlandisation” has been quickened and scope widened. Once described as a place where East meets West, Hong Kong is going north.

Aspiring for a high place in the international league of universities, the University of Hong Kong has been seen as a symbol of the city. It is arguably the most “internationalised” university in the former British colony.

Since 1999, it runs a Journalism and Media Studies Centre (JMSC), which aims to train the next generation of journalists who will be telling China’s – and Asia’s – story to the world. The centre cites Hong Kong’s unique strategic position as a cosmopolitan Asia-Pacific city, as a gateway to China, and an international financial centre.

That sounds perfectly fitting with Tung’s “Asia’s world city” vision. But the vision of the journalism centre, or indeed Hong Kong as a whole, grew elusive as the Government and Beijing appeared to have become paranoid about connecting with the world.

A case in point is the failure of JMSC to apply for a visa for a Pulitzer award-winning journalist as a visiting fellow to give face-to-face lectures to students. According to a report published by the CitizenNews last week, the journalist had applied for a visa two months ago, but to no avail. The journalist dropped the application on the eve of the beginning of the new semester on September 1.

JMSC Director Keith Richburg said the Immigration Department had raised a total of 40 to 50 questions about the application, which he said was unusual. One question that shocked and awed the centre was whether they had attempted to recruit locally for the post of a visiting fellow. Richburg declined to comment whether it has anything to do with the Hong Kong national security law.

Also last week, Hong Kong Free Press said the application for a visa for their incoming editor Aaron McNicholas was rejected after an almost six-month wait. No explanation was given.

Earlier, a New York Times reporter Chris Buckley has his visa renewal application turned down. Buckley, who was based in Beijing, was expelled by the Chinese Government early this year amid a Cold War between China and the United States. The Foreign Ministry said he would not be allowed to work in the mainland, including Hong Kong.

Foreign correspondents based in Hong Kong have expressed concern about their visa application in the face of the tit-for-tat political game between China and the US. Their dilemma has been made more complicated following the enactment of the national security law, which, among others, outlaws acts of “colluding with foreign government forces.”

Press reports said the Immigration Department has set up a national security unit, which handles visa application by foreign correspondents. The department neither confirmed nor denied it.

Following the denial of a work visa, then entry into the city, of former Financial Times editor Victor Mallet, in 2018 in what is seen as a punishment for his role in hosting a talk for a pro-independence activist earlier in the year, international media organisations have started a rethink of their presence in the city.

The New York Times announced in July they would relocate their digital news operation to Seoul, citing uncertainty over the city’s role as a regional hub for journalism in the wake of passage of the national security law.

The latest visa delays faced by some foreign media outlets will further erode the attractiveness of the city as a regional base.

The Government has cited the presence of media outlets from different parts of the globe in the city as one of its strengths as an international financial centre. Exchanges of academics and experts between Hong Kong and the world are vital to the pursuit of knowledge. In the field of business and finance, any tightening of rules and criteria in visas for expatriates is a shot in their own foot.

It is hardly coincidental that the past two months saw top government officials including Chief Executive Carrie Lam Cheng Yuet-ngor and Commissioner for Police giving interviews to mainland media outlets such as Phoenix TV and the official Xinhua and China Central Television.

This is because the Government now cares more about what the mainland audiences than the world thinks.

If that is the case, why spending millions of dollars to hire an international public relations consultancy to find ways to repair the image of Hong Kong damaged by events in the past 14 months?

This article was first published on Apple Daily website on September 2, 2020.