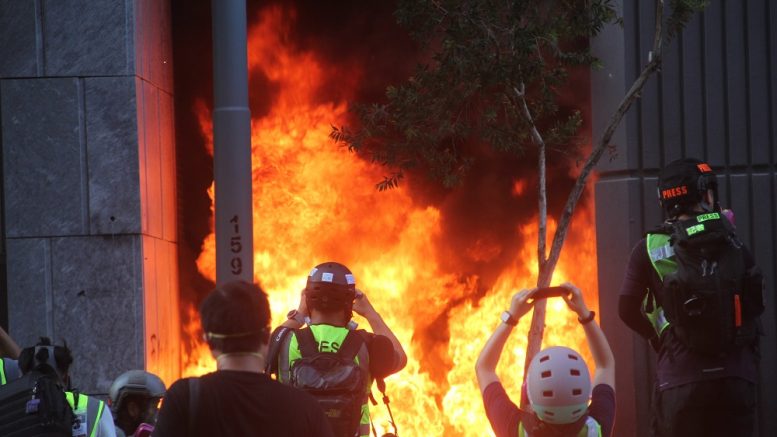 The theme of our 2020 Annual Report is Freedom in danger. 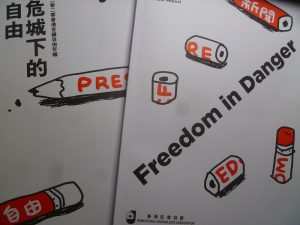 As Hong Kong entered 2020, the city was still suffering from the shock caused by the political storm whipped up by the prolonged anti-extradition bill protest that erupted in June. As this report went to the press, there is no sign of an end.

A novel coronavirus, now officially named as COVID-19, hit the city in early 2020, dealing another blow to the city.

Then came the third blow on May 28 when the Chinese National People’s Congress (NPC) passed a resolution to empower its Standing Committee to enact a national security law that will be directly applied to Hong Kong through Basic Law Annex III. The law aims to prohibit secession, subversion against state power, terrorist activities and foreign interference in Hong Kong.

The legislative move by the NPC had been kept in secrecy before it was formally announced when the NPC convened its annual plenum in Beijing on May 21. Beijing is fully prepared to do so in spite of the price of a violation of its commitment of “one country, two systems” and huge economic and political price to pay.

Hong Kong looks certain to plunge into the biggest turbulence since the 1989 Tiananmen Square crackdown. There may be a mass drain of capital and a new wave of migration.

The city is in danger. People fear a loss of their freedoms.

With the social unrest sparked by the anti-extradition bill protest continued, the deadly coronavirus had spread like wildfire in Hong Kong, mainland China and other parts of the world. The World Health Organisation has declared the virus a pandemic.

The virus crisis had cooled down the city’s political temperature. Insisting on the importance of social distancing, the Government had imposed a ban on group gathering.

First, it was a ban of all gatherings with more than four persons. It was applicable to restaurants, among other places. It was later relaxed to allow gatherings of no more than eight persons. As the epidemic began to ease, political restlessness returned.

Citing the ban, the Police had rejected several applications for demonstrations. Massive officers were mobilised to disperse some group gatherings.

One of which saw crowds gathering in Mong Kok on the night of May 10. Police officers attacked and insulted reporters. They were asked to kneel down, pepper-sprayed and were ordered to stop filming. Some had to state their names and organisations on the camera before they were allowed to leave. The anger of reporters reached a boiling point.

The HKJA, Hong Kong Press Photographers Association (HKPPA) and six other media groups demanded an urgent meeting with Commissioner for Police Chris Tang Ping-keung. They issued six demands before the meeting was held. They said the Police should: 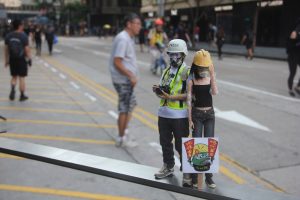 In response to calls for an official press card system, the groups said in their statement the right of reporting is basic rights of citizens and that an official endorsement of it is unnecessary. Any systems that seek to screen reporters will seriously undermine press freedom.

The groups strongly oppose any proposals of the kind. Any media organisations, who give consent to those proposals, will effectively let the Government narrow down the room for press freedom, thus strangling the already-shrinking press freedom in Hong Kong.

The meeting was held on May 21. Representatives from the HKJA and the PPA had repeatedly demanded an apology from Mr Tang. Mr Tang later responded and said at the meeting: “I apologised in my personal capacity if any reporters felt offended and insulted (on May 10).” But he refused to make a concrete pledge that the Police will not use force against reporters and suspend the work of officers involved in the May 10 operation.

Tang only said they would make the best efforts to ensure the reporting of reporters. Reporters enjoy freedom and right to film if they do not affect or obstruct the work of police officers.

On May 22, the NPC plenary session was convened. A draft resolution on a national security law for Hong Kong was announced. The final version passed on May 28 was even harsher. The law could be used to suppress freedom of expression and freedom of the press. The media will become an immediate target. Any reports and commentary that opposed the authorities could fall into the trap of the national security law.

If the national security law takes effect in Hong Kong, the already-limited room for free speech, freedom of publication and freedom of the press will be severely shrunk.

In the past, a lot of journalists have been jailed for breaching national security law in mainland China because of their reporting or articles. A lot of journalists felt deeply worried about their future and that they may become the victim of misfortune.

A news programme or a commentary article could become the evidence for their conviction of national security offences. Journalists may be forced to keep silent, worsening the chilling effect on media freedom.

Two days after the NPC resolution was passed, US President Donald Trump criticised Beijing for breaking its word over Hong Kong’s autonomy in the 1984 Sino-British Joint Declaration. He said Hong Kong is “no longer autonomous from mainland China.” Beijing, he said, was replacing its “promised formula of ‘one country, two systems’ with ‘one country, one system’.” He added that the US would also impose sanctions on individuals seen as responsible for smothering Hong Kong’s autonomy.

Hong Kong is entering into turbulent waters. Beijing will resort to harsh legislation, more direct interference and behind-the-scenes arms-twisting. The Police will intensify its use of force and tougher tactics to handle protesters. Media, as the fourth power, and journalists, as the eyes and ears of the people, have the duty of monitoring the violation of laws and regulations by those with public power. 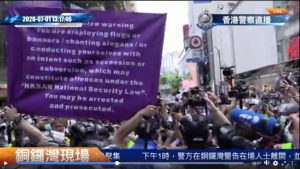 Hong Kong is now a city in danger. Freedom of expression and freedom of the press are under growing threat.

Freedom of expression and freedom of the press are protected under the Basic Law for 50 years after the handover. The past year saw Hong Kong engulfed by restlessness and jitters. We are convinced freedom is inseparable from Hong Kong’s success in the past. It is only with free speech, free press and free flow of information that we have a robust economy, unlimited creativity, advanced innovation and technology and a lively cultural life. We hope the Government will adopt concrete actions to rebuild a free environment for the city to shine again.

Our recommendations are as below.

This is an edited version of the Introduction of the 2020 Annual Report on Freedom of Expression published by the Hong Kong Journalists Association. Full report is available at the association’s website, www.hkja.org.hk.

Be the first to comment on "Freedom in danger"