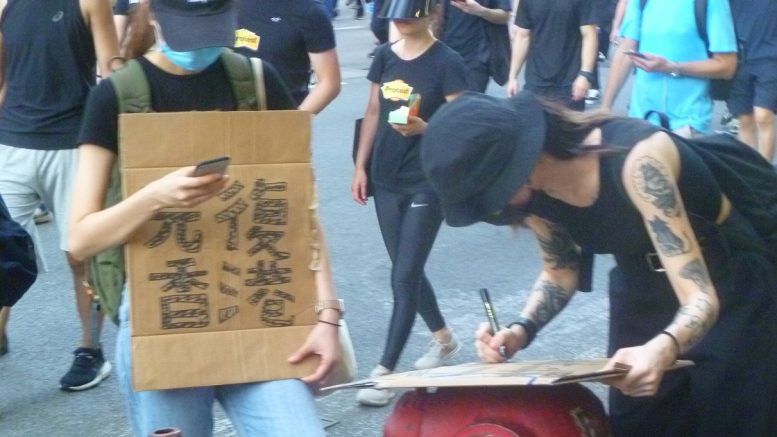 Precisely why Hong Kong’s Chief Executive, Carrie Lam Cheng Yuet-ngor, put forward a now-suspended bill that would allow extraditions to mainland China is still unclear. What is certain, however, is that the protests taking place since June targeting the police, the Lam administration, and the Chinese central government will linger on – with no early end in sight. As this article went to press, it is indeed getting worse. The city is on fire.

That the opposition against the bill on the transfer of fugitives would snowball to what it is today seemed unthinkable. Beijing has insisted it did not initiate the bill. Lam admitted she did. She argued the law was needed to send a Hong Kong man who murdered his girlfriend in Taiwan, to the island for trial.

Perhaps more important, if the bill passes, it could plug a “legal loophole” that would facilitate the transfer of fugitives between Hong Kong and mainland China, Taiwan, and Macau.

The biggest blow to ‘one country, two systems’

Whether Lam’s original intent is good or bad is no longer important or relevant. To her and Beijing, the public outrage over how the government handled the bill and its political aftershock has dealt the biggest blow to the “one country, two systems” principle since Hong Kong’s 1997 handover from the United Kingdom to China.

Under the principle, Hong Kong enjoys a high degree of autonomy and the preservation of freedoms and capitalist lifestyles. Those freedoms belong to the “two systems” of the constitutional order. As for the “one country,” the framework has largely been seen as symbolic, being manifested in the form of a national flag and emblem and the stationing of the Chinese People’s Liberation Army. Since Hong Kong’s handover 22 years ago, these soldiers have been mostly invisible.

The inherent conflict in the “one country, two systems” policy, which has been laid bare in a long list of China-Hong Kong controversies since 1997, reached a high point in the 2014 Umbrella Movement. The 79-day civil disobedience movement was sparked after Beijing refused Hong Kong a fully democratic election and selected the island’s chief executive and all lawmakers.

2014 Umbrella Movement ends with vows to be back.

The movement ended in failure. Beijing refused to budge on the electoral blueprint for the 2017 chief executive election, giving a fresh stimulus to the pro-independence sentiments among Hong Kong people, in particular the young generation.

It was against the backdrop of the rise of pro-independence activism that Chinese President Xi Jinping warned Hong Kong people not to cross the “red line” in his 2017 speech to mark the 20th anniversary of the sovereignty reversion.

Xi’s “red line” warning sent jitters through various circles of the society, in particular democrats and journalists. In a related development, the Hong Kong government has invoked the Societies Ordinance to disband the pro-independent Hong Kong National Party, saying they had breached the ordinance. In another move, the government ousted seven pro-democracy lawmakers through judicial review of their oath-taking.

Chinese and Hong Kong authorities’ multi-thronged strategy to reassert their full jurisdiction over Hong Kong and the bottom-line of people’s political freedom seems to have worked, in a sense. Pro-democracy activism has quieted down, and a culture of self-censorship over politically sensitive content has hit some sectors of the society, including media, arts, culture, and publication.

Then came the perfect storm.

The extradition bill rubbed the most sensitive nerve of Hong Kong people and the international community. If passed, the firewall between the legal and judicial systems of Hong Kong and mainland China would be removed, exposing anyone in the city to the danger of being sent to the mainland for trial.

‘Revolution of Our Times’

The repeated failure of Carrie Lam to withdraw the bill from the legislature, among other demands by protesters including her resignation, has fueled public anger. The police’s use of excessive force has added further oil to the fire.

Public anger towards the police exploded on July 21 when a group of gangsters stormed into a rail station in Yuen Long and attacked passengers and passers-by. The police were accused of teaming up with the triads to suppress political dissent. Just about an hour before the mob attack, police fired tear gas to drive away protesters outside China’s office in the city’s densely packed commercial district.

From July 21, the slogan of the anti-extradition bill protests has become “Liberate Hong Kong, the revolution of our times,” resonating in particular among young people.

Started from defending the right to freedom, the protests have morphed into a battle against the autocratic rule through the police, with the Hong Kong government seemingly mobilizing thugs when necessary – with Beijing’s full backing. 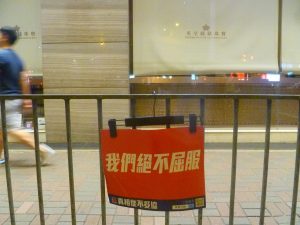 “We will not budge!”

Stopped short of calling for independence, the slogan’s clamoring reflects a stronger sense of Hong Kong identity and the growing feeling of resistance against Chinese rule. That is exactly what President Xi sought to avoid when he laid down the “red line” in 2017. The opposite is now a reality.

The storm of protests triggered by the extradition bill has unleashed people power that has rocked not just the Carrie Lam administration and the 30,000-strong police force, but the communist rule under the “one country, two systems” framework.