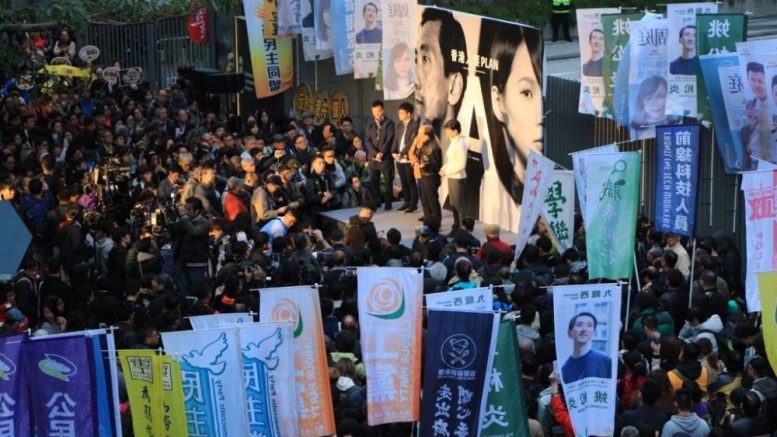 The pan-democrats hold a rally outside Government Headquarters on Sunday to protest against a government decision to ban Agnes Chow, a Demosisto student leader, from contesting a Legco by-election on grounds of her stance on self-determination.

At an Chief Executive election televised debate in March, former financial chief John Tsang Chun-wah upset Carrie Lam Cheng Yuet-ngor when he said Hong Kong feared she would become “divisiveness 2.0” if she was elected. She made a strong rebuttal. Seven months after she became the Chief Executive, Tsang may have proved to be right.

Pledging to mend the wounds of the society inflicted by her predecessor during her campaign and after she won the election, Mrs Lam has done the opposite since taking power on July 1.

On Saturday, the Government moved to ban Agnes Chow Ting, a student leader of Demosisto, from contesting the Legislative Council by-election. It has deepened the city’s political rift. Worse, it has seriously damaged the fundamentals of Hong Kong’s governance system and rule of law.

Defending the decision, Mrs Lam insisted it was done by the book. “Any suggestion of Hong Kong independence, self-determination, independence as a choice, or self-autonomy, is not in line with Basic Law requirements, and deviates from the important principle of ‘one country two systems’.”

Chow, a founding member of Demosisto, was seeking to regain the Legco Hong Kong Island geographical constituency seat left vacant after the party’s Nathan Law Kwun-chung was disqualified for his convicted failure to comply with the oath-taking law.

Anne Teng, returning officer of the Hong Kong Island constituency Anne Teng, who gave the green light to Law’s candidacy in 2016, thwarted Chow’s bid. She argued each case must be considered on its merits, but admitted that she has considered Beijing’s interpretation of the Basic Law provision on oath-taking.

Six pro-democracy lawmakers, including Law and Edward Yiu Chung-yim – who has signed up for the by-election in the Kowloon West constituency – were being disqualified following the National People’s Congress Standing Committee interpretation of the Basic Law.

Yiu’s fate in the balance

Yiu, whose candidacy is still in balance at the time this article was posted, revealed he was asked by a returning officer in Kowloon West constituency to answer four political questions. They include whether he accepts Beijing’s interpretation of Basic Law Article 104 on oath-taking and his views of a Taiwan group, which advocates self-determination. Yau had attended a forum hosted by the group last year.

Mainland officials were quoted by the media as saying independence and self-determination are different in terms of expression, but are the same in substance.

In their manifesto, Demosisto advocates a referendum on the city’s post-2047 future with constitutional effect. Even though they do not call for independence, they agree that independence should be one of the options in the referendum to realise the principle of “sovereignty comes from people.” 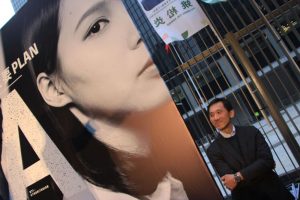 Agnes Chow of Demosisto is out. Will Edward Yau the next?

Although Chow has not even announced his election platform, the election officer ruled Chow do not support the Basic Law in view of her affiliation with Demosisto.

Under existing election law, political thinking and affiliations of election hopefuls are not factors to be considered by returning officers when they judge whether whey support the Basic Law. Contestants are required to make a declaration of their support of the Basic Law as required in the post-1997 constitution.

That Teng, the returning officer, banned Chow’s candidacy on the basis of her political affiliation has not only damaged the apolitical civil service system but also fair election. It also contravened with the safeguards of freedom of expression and rule of law in the Basic Law. Chow was found guilty and stripped of her political right to stand for election without being given a chance to defend herself.

As HKU law professor Eric Cheung Tat-ming has rightly opined, the Chow case is a blatant case of political censorship against dissent and “putting politics above the law.”

More accurately, it is a case of “Without Law, Without Heaven,” a notorious Chinese saying associated with the tumultuous Cultural Revolution, but with one more “without”. The decision to bar what the authorities deemed as “pro-independence” and “self-determination” advocates from sitting in Legco is without common sense.

If anything, the votes Nathan Law got in the 2016 Legco election (50,818, the second-highest in the HK Island constituency) have testified to their popularity, particular among the young generation. It is clear their advocacy for self-determination is not so much about a call for independence, but a demand for a say in their future and, also importantly, their voices be heard.

The Government’s failure to connect with them is one of the underlying factors of the Occupy Central movement and the prevailing divisiveness of the society in recent years.

Mrs Lam had campaigned on the slogan of “We Connect” in the CE election. She spoke in length of her initiatives to address young people’s livelihood concerns and connect with them in her maiden policy address in October.

But by first unseating six pan-democrat lawmakers including Nathan Law and then banning Chow, she has adopted the “friends-foes” mentality and approach in dealing with the student leaders and their supporters.

Not to mention the high cost of damages to the city’s sound systems, she will pay dearly for making enemies with a sizeable chunk of the populace, most of whom at young age.