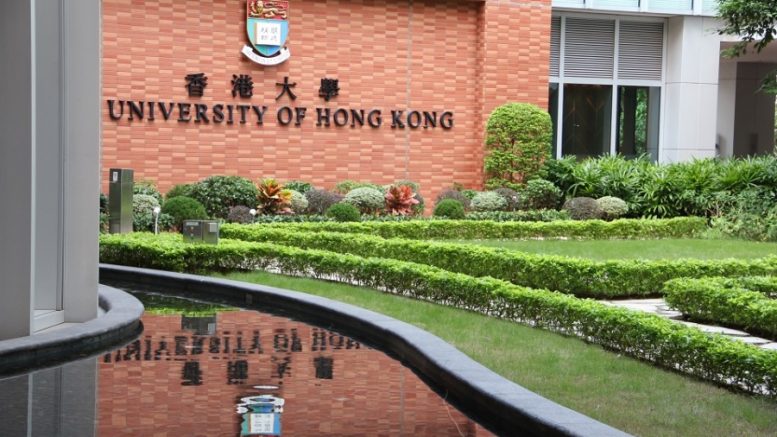 HKU enters uncharted waters with a change of helm.

Founded in 1911 and at least until, if not after, 1997, the University of Hong Kong has acted as a pillar and a symbol of the British colonial rule. It has been and perhaps is still the major source of elites at the senior echelon of the Government and various professional sectors.

The cultures and values ingrained in them since they were brought up in local schools and their alma mater have helped create the uniqueness of the city. In the words of a retired Communist Party Politburo Standing Committee member Li Ruihuan, those are the tea residual left inside a Yixing teapot after years and years.

There are growing fears that it will not take long for HKU, perhaps the last symbol of the British colonial rule, to join the list of colonial relics to vanish. The “old” HKU Hongkongers are familiar with may only live in collective memory. The city’s oldest university looks set to find its new identity as it enters into the uncharted waters of a new phase of de facto colonisation, or, in a better-known term, mainlandisation.

Jitters among HKU staff, students and alumni turned into fears and anger last week after it was revealed that a mainland-born scholar, Professor Zhang Xiang, currently working at the University of California, Berkeley in the United States, has been chosen by HKU’s 11-member selection committee to become the next Vice-Chancellor.

A US national, Zhang is best known for his breakthrough research in metamaterials, a discovery that allows an engineered material to manipulate and bend light in unnatural ways. Time magazine called it one of the top 10 scientific discoveries of 2008. Zhang is one of the 90-odd foreign members of the Chinese Academy of Science.

Zhang Xiang, a professor at UC Berkeley, is tipped to become the next HKU head.

His academic and management record may be a subject of different evaluation, varying in the eyes of beholders.

But his reported suggestion for HKU to embrace China and to seek funding from the Chinese Education Ministry for innovation and technology research has rubbed the sensitive nerves of Hong Kong people, in particular the HKU family. It fuelled fears about a change of direction of the 106-year-old institution.

From basing in Hong Kong with mainland on its back and facing the world since its inauguration, the change of helm at HKU may mark the beginning of a new era with internationalisation increasingly displaced by mainlandisation.

If cynics deem the changeover as merely a matter of time, it is because the mainland authorities have made no secret their dismay with what they call residual influence of colonial rule in the city. More than 20 years after the reversion of sovereignty, they feel increasingly intolerant of the slow progress of “decolonisation.”

Speaking in Hong Kong in September 2015, a former senior mainland official in charge of Hong Kong affairs, Chen Zuoer has alleged Hong Kong has not completed “decolonisation” in accordance with the law. Conversely, he claimed activities that aimed to “discard China” have grown rampant, apparently referred to the growth of pro-Hong Kong independence activism in universities and society at large.

At least one HKU alumnus would not feel surprised. In a column published in the Chinese-language Ming Pao in October, 2015, Lo Chi-kin, a founding member of the Democratic Party and seasoned political analyst, said spate of controversies in HKU, in particular the Johannes Chan Man-mun case, reflected an intensified attempt by Beijing to rein in control over HKU.

Beijing had alleged interfered with the recommendation of Professor Chan, a prominent legal scholar, to become a Pro-Vice-Chancellor. Chan was alleged to be closely involved with the Occupy Central movement.

Lo wrote Beijing was determined to control HKU because of its vital role as an “ideological bastion.”

“If Beijing has to compile a list of targets that should be ‘decolonised,’ HKU is certainly high on the list,” he said.

Vowing to turn University of Hong Kong into Asia’s Global University, outgoing Vice-Chancellor Peter Mathieson has underscored the importance of internationalisation the leading institution should provide in the university’s strategic development plan.

“We will ensure that the education we provide is among the most international available anywhere in the world by further developing our curricula and our vibrant, cosmopolitan campus, nurturing globally-minded thinkers and leaders, and providing space and opportunity for students to gain exceptional learning experiences outside Hong Kong,” he said.

Formerly a HKU Pro-Vice-Chancellor and now President of the Baptist University, Roland Chin is even more direct when it comes to internationalisation of universities in Hong Kong.

In an interview with Master-Insight website, he said: “If we want to maintain our influence, the uniqueness of Hong Kong is no doubt internationalisation. This is something China lacks. It may take several generations for universities in mainland China to have what Hong Kong already has.”

Like Hong Kong, HKU is strategically best located to get the best of all worlds. All, HKU, Hong Kong and China are all losers if the city’s oldest university becomes just another Peking University, Tsinghua University or Fudan University.

Be the first to comment on "After 106 years, HKU at juncture of change"