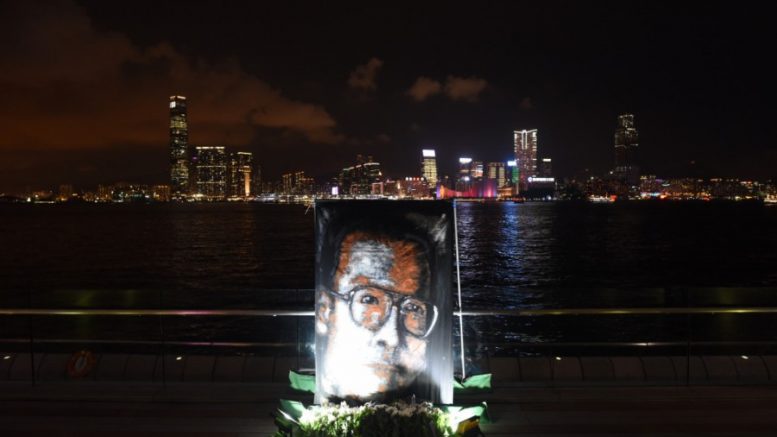 Democratic Party member Howard Lam claimed he was abducted and tortured by mainland agents for his attempt to send a postcard with the signature of Lionel Messi to Liu Xia, wife of late Chinese dissident Liu Xiaobo. Supporters of Liu mourned his death at the Victoria Harbour.

An air of mystery is lingering over the alleged kidnapping and torture of Democratic Party member Howard Lam Tsz-kin purportedly linked to his attempt to contact Liu Xia, wife of late leading Chinese dissident Liu Xiaobo.

On Sunday, security minister John Lee Ka-chiu said Police has not yet collected evidence that showed the abduction of Lam as he claimed despite intense investigation by the Police, including a search of CCTV footage.

Meanwhile, some media pro-Beijing figures have begun to highlight what they deem as “suspicious elements” in the case, which are apparently made to question the authenticity of Lam’s claim.

One major query involved Lam’s contradictory remarks about the location where he was said to be abducted. At an interview with the Chinese-language newspaper Apple Daily, Lam said he was abducted near the junction of Hamilton and Portland streets in Yau Ma Tei after he bought a soccer shirt and after he used a toilet at a restaurant opposite Sino Centre on Nathan Road.

He did not mention of using the toilet at his press conference on Friday. Media quoted unnamed police source as saying Lam told them he was abducted when he was on the way to MTR, adding he made no mention of the toilet visit.

Lam also faced grilling from some media about the way he handled the alleged kidnapping. One key question was why he did not immediately report to the police after he was freed on Thursday night, as many people might normally do so.

Founding chairman of the Democratic Party Martin Lee Chu-ming, who joined Lam at the press conference, said it was foolish for Lam to wash the cloths he wore when he was abducted after he returned home. 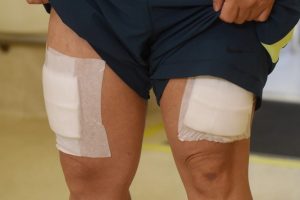 With doubts lingering, Lam is also faced attack over his previous political behaviour.. A video widely circulated on social media at the weekend showed him masterminding a protest campaign at an outlet of a chained supermarket in 2011. The campaign, joined by more than 10 young people, was aimed to cause disruption to show their resentment over “hegemony by developers.”

The video was re-run in an apparent move to smear Lam as a long-time trouble-maker.

A smear campaign against Lam looks set to be intensified until convincing evidence that gives credence to his claim emerges.

Superficially, it sounds unbelievable that Lam’s claim is a fabrication, judging from the fact that he had suffered from injuries and there were staples punched into his legs.

Also importantly, there appears to be no incentives for him to make up a story at the risk of causing huge damage to the credibility and trustworthiness of his party and the pan-democratic camp if the claim is proved to be a fake.

But equally, there has been no convincing theory to explain why Lam was abducted and tortured if what he said was true.

Lam said he believed he was targeted by the mainland’s “powerful organs” because he planned to pass on a signed postcard from Barcelona football star Lionel Messi addressed to Liu Xiaobo.

Even if it is true, it did not explain why sending a postcard could cause the extraordinary torture to Lam.

Speaking on Saturday, former Legislative Council President Tsang Yok-sing said the Messi postcard episode was “weird.” He said some politicians and public figures have resorted to even stronger language and clearer actions to support Liu Xiaobo and Liu Xiao. But he added he would not cast doubt on whether Lam had undergone that painful ordeal.

Some pundits said the case was linked with factional fighting within the ruling Chinese Communist Party ahead of its watershed Party Congress scheduled for autumn. There is no doubting factional politics are at play, always, in Zhongnanhai But there has been no convincing explanation about how that was being played in the Lam case. A simple question is: who in the ruling party benefits from the alleged kidnapping case? There is no obvious answer.

It is too early to tell how the Lam case unfolds. But in view of the extraordinary claim and the complexities of Hong Kong-mainland politic, the whole truth may never surface. Whether the claim is true and why it happened are in the eyes of beholders. Like it or not.