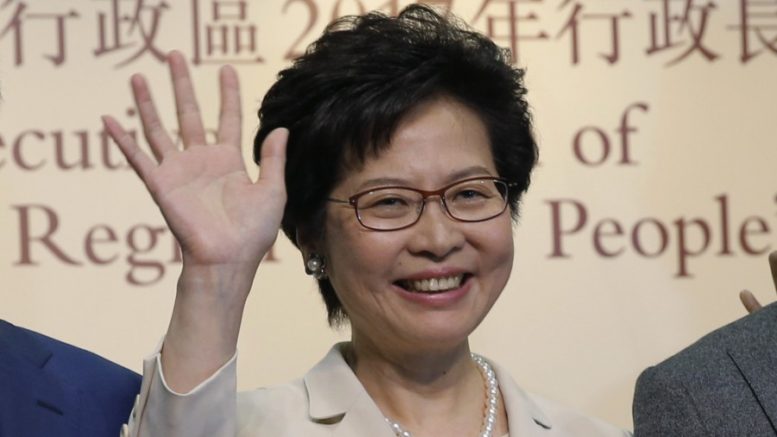 As a teenager, I had as my idol the iconoclastic, child-of-the-sixties American academic Camille Paglia; I re-read her so many times that after two-decade hiatus I can still recall a paragraph here and there word for word. But back then, there was this comic in one of her essay collections that I never understood: a naked college girl on a rumpled bed in her dorm room is startled when she sees Camille (who’s gay) getting dressed and about to leave. “You mean we’ve just had incredible fantastic sex for one night and I’ll never see you again?” She asks incredulously. “Yup,” Camille barks out as she heads for the door. The girl wraps herself up in a blanket and hurries after her, pleading “But…but I thought you were going to teach me about the Sixties?” “I just did,” came Camille’s terse reply as she disappears out of the door in a puff of smoke.

There is textbook knowledge – the kind of knowledge the girl expected Camille to impart to her. Then there is experiential knowledge, the kind that Camille transmitted to the girl. So it wasn’t until years later, after I’d lived a little, that I finally got the point of the comic, only that in my case it wasn’t the Sixties but Chinese history that I came to acquire intimate knowledge of – after working in mainland and enduring my share of being screwed by mainlanders.

My odyssey towards getting the point of Chinese history started with this woman with ties to mainland officials who had a whole collection of the Chinese history classic Comprehensive Mirror in Aid of Governance (資治通鑒) in her office. With hindsight, the dominating presence of those books on her shelves – there must have been at least 40 volumes of them – should have been a warning sign, but at the time I didn’t know better. She approached me and recommended that I be the secretary of a well-connected mainland businessman. I was not unaware of her game plan – she wanted to use me as a proxy to get close to him – but I wanted to learn about the real China as much as the girl in the comic wanted to find out about the Sixties. So I said yes.

What I failed to foresee was the woman would become the bane of my existence. She kept on pressuring me to persuade my boss to benefit her, but she refused to reciprocate when he asked her for help through me. Stuck in the middle, I had to find someone else to give my boss what he needed while concealing from him that such help didn’t come from that woman – her reluctance to return favour would reflect badly on me. And of course, the person whose help I sought was eager to let my boss know he was indebted to him. Juggling the interests of all these people was what kept me awake at night.

It was only later, when I came across an anecdote about Mao Zedong, that I realised I should have embraced my pains for its educational value: it was an opportunity to walk a mile in the shoes of a historical character. Mao once asked the 38 year-old Wang Hongwen (王洪文）to read the biography of Han Dynasty figure Liu Penzi (劉盆子) in The 24 Chronicles (二十四史） shortly after appointing Wang as his successor in the early 1970s. Both Wang and Liu Penzi came from lowly origins: a remote descendant of the founder of the dynasty, Liu Penzi was a cattle herder who eventually ascended to the throne, aided by a tribe of rebels who used him as their figurehead to legitimise their invasion of the capital and occupation of the palace. In ordering Wang to acquaint himself with Liu Penzi, Mao was therefore warning Wang that he had attained his lofty position on the sole basis of Mao’s patronage and was therefore beholden to him.

For all I know, that woman’s library of history books may have inspired her to eye me as her Liu Penzi. And it was through playing this role that I realised the downside of being one: you never know when you’ll become expendable. Mao disposed of Wang only after a year. As for me, when the company I worked for eventually imploded, that woman exited out of my life like a puff of smoke, Camille-style, and I was left on my own to dislodge myself from a legal entanglement related to the company.

Having done my own stint as a Liu Penzi, when others cook up schemes to coax their unsuspecting victims into becoming one I readily take notice. So I find myself automatically seeing in Beijing’s all-out effort to promote Carrie Lam as the next Chief Executive a ploy to appoint a Liu Penzi.

Her case is actually a prime demonstration of Mao’s famous dictum “there’s no love without a reason”（世上沒有無緣無故的愛）, and we only need to look at Mao’s rationale for appointing Wang as his heir to make out Beijing’s motive for campaigning for Lam.

Wang Hongwen of the Gang of Four faces trial after the Cultural Revolution.

Wang was a barely-literate factory worker whose claim to prominence laid in leading struggle sessions against the Shanghai government in the early days of the Cultural Revolution. Since Wang was the face of the Cultural Revolution, Mao, who by then was in ill health and plagued by fears he would share Stalin’s fate – after his death Stalin was denounced by Khrushchev – sought out Wang to safeguard his legacy.

Similarly, after it became clear to the central government that the incumbent Chief Executive Leung Chun-ying wouldn’t be able to secure enough votes from the Beijing-friendly members of the Election Committee to win the next election – Leung’s abrasive style had alienated too many of them – it scrambled to push Lam as the preferred candidate, probably because she was known to them for her willingness to do their bidding.

Indeed, publicly she was so prepared to pledge her allegiance to Beijing – taking the risk of antagonising the Hong Kong public by declaring the first time she announced her decision to run that she’ll continue the unpopular Leung’s policies – that one can’t help but wonder what she had promised her Beijing backers in private.

Unlike the many Hong Kong people who have begun to loathe Lam even before she begins her tenure, exasperated as they are at the prospect of another five years of a hard-line rule, my sentiments towards Lam consists mostly of sympathy. She may think she could handle mainland officials after having worked alongside with them for a good number of years in her capacity as a high-ranking civil servant; she will discover to her horror that getting into bed with them and acting as their glorified Liu Penzi is an entirely different matter.

Again I can use my encounter with the woman who treated me as her Liu Penzi to illustrate just one problem that could lay in store for Lam. Due to my lack of access to the grapevine, it was only later that I learned from others that that woman had an unsavoury reputation; so, looking back, there must have been times when those who disdained her viewed me as her appendage and disdained me as well.

Likewise, for Lam – given that it’s no secret the so-called Beijing or “central government” is made up of competing factions – her want of longstanding personal ties with mainland officials is potentially dangerous, for, lacking insider knowledge, she has no option but to leave her fortunes to chance, and pray she has hitched her wagon to a faction whose clout isn’t on the wane, whose influence won’t suddenly vanish like a puff of smoke and leave her as a target of political persecution.

In this respect, Wang Hongwen’s fate can serve as a cautionary tale: as someone whose ingenuity in stirring unrest distinguished him, once he reached the uppermost echelons of the government Wang naturally gravitated towards Mao’s wife Jiang Qing, who, after all, had received the mandate from Mao to launch the Cultural Revolution. But later, when Jiang Qing’s clique lost out in a political struggle, Wang, already branded as a member of the Gang of Four, was sentenced to life imprisonment. His mother dropped dead shortly after learning of his prison term, and he himself, worn down by his downfall, died a premature death while in captivity.

The media has reported that Lam recently confessed behind closed doors the bad press she received has put her off reading newspapers. She can afford to not read newspapers – her team can alert her to what she needs to know – but she can’t afford not to educate herself on how other Liu Penzis have fared, for here her personal well-being is at stake. And if she had knowledge of how Jiang Qing treated her Liu Penzi – in Jiang’s case her cover was Chen Boda (陳伯達）, the nominal head of the Cultural Revolution Group（中央文革小组）- Lam would have some idea of how her Beijing backers may regard her. Jiang Qing would openly mock and name-call Chen as “Li Yuanhong” (黎元洪）, a military officer who was dragged out from under a bed by a rebel army – he had hidden there after failing to defeat them – and forced to become the figurehead of their uprising. Chen was eventually denounced by Mao; after Mao’s death, he was hauled out again to be denounced as a member of Jiang’s camp. Considering the random manner in which a Liu Penzi can suddenly become a so-called important person – even a body dragged from under a bed would do – is it any surprise that people would treat them so shabbily?

To say I’m sorry for Lam is to also say I’m sorry for Hong Kong. From the point of view of Chinese leaders, the territory, like Lam, is a mere pawn in the larger scheme of things, one of the many items rival sects of China’s political elite negotiate over as they stake out their territories. One can’t therefore view without irony the exhortation CPPCC chairman Yu Zhengsheng （俞正聲）made in his concluding remarks at this year’s annual congress urging members from the Hong Kong branch to set foot in campuses and teach Hong Kong youths about China’s “national situation” (國情）. The truth is, while local youths can’t learn about their motherland’s “national situation” from books alone any more than the girl in the comic could have grasped The Sixties in a classroom setting, they can appreciate one thing or two about the topic by observing the CCPCC members themselves. For close to half of them are also members of the Election Committee responsible for choosing the Chief Executive, and these are among those who have been on the receiving end of phone calls coercing them to vote for Lam.

This whole drama of election as sham can, more than anything, demonstrate Beijing is simply taking a page out of Chinese history books and applying to Hong Kong a trusty tactic Chinese rulers have traditionally used to exert control.

Not that an awareness that Beijing is blatantly appointing a Liu Penzi as the next Hong Kong leader can be of any practical help. The most such knowledge can do is to enable Hong Kong youths to give a name to their city’s travails, and take cold comfort in the realisation that their station in life as pawns is a role fate has foisted on many others before them – so it’s not like they are alone in being screwed.