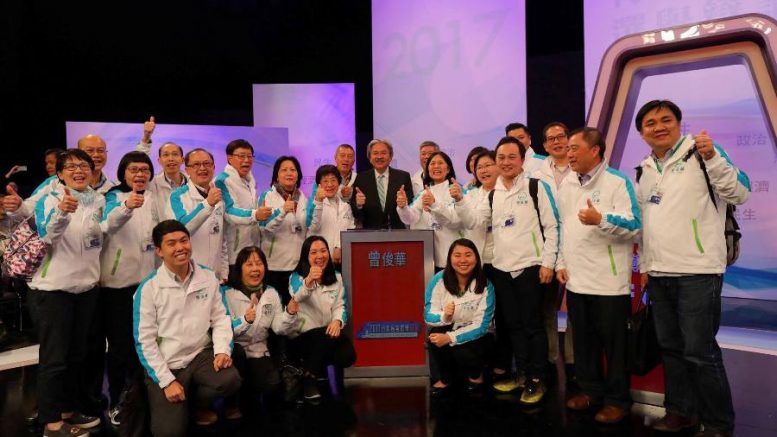 An impromptu remark John Tsang made during the Chief Executive Election television debate Tuesday’s with other candidates made me realise why – as a number of pro-Beijing figures have claimed – the central government finds him untrustworthy.

When Carrie Lam attributed Tsang’s popularity on social media to the savvy of his assistant Julian Law Wing-chung and half-jokingly added she would consider hiring Law if she succeeded in being the next Chief Executive, Tsang shot back at Lam: “You can’t buy him, my team is something money can’t buy.”

After the debate, to drive this point home harder, Tsang posted a picture of him and his team on Facebook with the heading “A team that money can’t buy.”

It struck me that this is the problem with John Tsang: the fact that he takes pride in having a team that money can’t buy shows that he, too, is likely to be someone whom money can’t buy.

This may not come across as a positive attribute to Beijing. For one thing, they may have to search far and wide for another weakness Tsang has that they can exploit. Only when they can seize hold of one of Tsang’s shortcomings will they deem him a safe candidate, for he is then under obligation to do their bidding.

This mode of operation is totally plausible by mainland standard. Just recall the free-spending Rafael Hui Si-yan once stated under oath that the head of Hong Kong and Macao Affairs Office Liao Hui (廖暉), who was keen to have Hui remain on board at the government, arranged to gift him HK$11 million to get him out of his financial rut. (His claim has not been confirmed nor denied.)

Now, contrast Carrie Lam’s debate performance with that of Tsang’s. She appeared to be at ease lying through her teeth, insisting “I’m not indebted to anyone” when asked by Woo Kwok-hing how she would return favour to her supporters in the real estate sector should she assume office; citing the results of a survey ran by an organisation whose credibility is questionable – one that showed her popularity topping Tsang’s by three points – when Tsang challenged her on her poor approval ratings in surveys conducted by reputable institutions.

More marks for Lam in the eyes of Beijing – her thick skin means during her tenure, she will readily push whatever plans they have for Hong Kong without fear of arousing ire and ridicule.

Tsang has publicly expressed puzzlement at not being considered as trustworthy by Beijing – how could he have served at key government positions for so many years without having earned Beijing’s confidence?

If Tsang had been aware of this mainland saying about workplace dynamics that I heard many mainlanders quote during the decade I worked there, he would have understood why: “doing one hundred good deeds for your boss isn’t worth the weight of committing one bad deed with your boss” (幫老板做一百件好事，不如和領導一起做一件壞事).

He hasn’t earned Beijing’s trust because all he has in mind are the 100 good deeds he has done. What is on Beijing’s mind, however, is whether he is willing to do one bad deed.

As I see it, by proudly declaring at the debate that he and his team can’t be bought, Tsang has effectively banished himself from the race to be the next Chief Executive.

Be the first to comment on "John Tsang the untrustworthy"