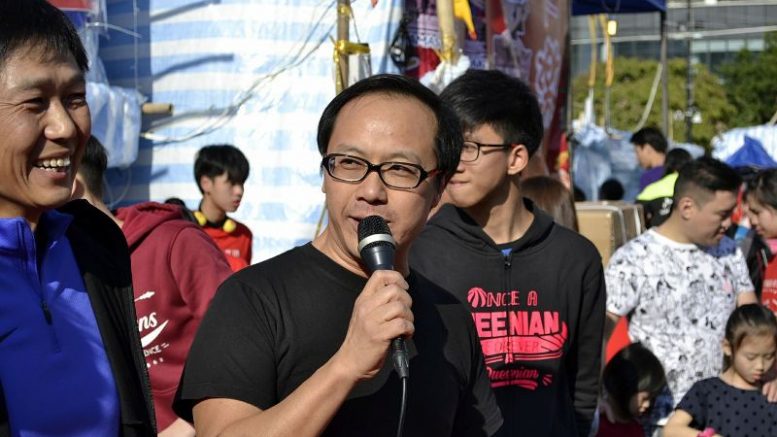 When more than three hundred like-minded professionals met in September last year, we came up with a label of “300-plus” to galvanise support from voters to run for the Chief Executive Election Committee election. 300 was the target number of seats democratic candidates would like to aim for – as you all know, never in the short history of Election Committee election had the democratic camp gained more than 200 seats.

Many of the democratic candidates were not experienced in electioneering, nor are they affiliated with any political parties. They have common values – they did not support the incumbent Chief Executive Leung Chun-ying to go for another term. In addition, they believed that the next CE should initiate political reform on dual universal suffrage outside the 31 August NPC standing committee decision framework. The next CE should also vow to defend the core values of Hong Kong.

When CY Leung announced that he would not seek election for another term, that news did little to halt the win of nearly 300 seats by the democratic camp in the election which took place in the weekend which immediately followed. The election result was a breakthrough, it clearly demonstrated that our voters wanted a change and they wanted the EC members to effect such change.

Today, 300+ is a platform to facilitate exchange of ideas and flow of information. 300+ is a collection of individual election committee members. How each EC member will nominate and vote is entirely up to the individual’s decision. We have regular meetings and we have redefined one of the principles to the effect that we do not want a CE who will pursue a divisive policy in governing Hong Kong as a result of CY Leung’s announcement not to run.

Recently, the media reports on the CE campaign are wrongly focused on second guessing who from the potential candidates will get the Central Government’s blessing, rumours on the arm twisting behaviour of the China Liaison Office and public relations blunders of some of the candidates. Should we so narrowly and wrongly focused – absolutely not.

We are interested in the vision and policy platform of the candidates. Although any CE will be hand-tied in the sense that preserving national sovereignty and maintaining good working relationship with the Central Government will be non negotiable priorities , the CE will need to stand up to defend the core values of Hong Kong and the rights of Hong Kong people under the Basic Law, to devise policy to bring sustainable growth and opportunities for Hong Kong and to unite the citizens.

We are living in a pseudo democracy. The present CE election system is far from ideal. Some may think that if the CE were elected by universal suffrage by all the voters in Hong Kong, the CE so elected will be more acceptable to the Hong Kong people. Ironically, it will not be, if the August 31 framework is to be adopted.

We have already heard too many stories about China Liaison Office sweet-talking or arm twisting election committee members under our current election system under which the nomination threshold is only 150 from the Election Committee members.

Amongst other things, we want a competitive, transparent and fair election, and this means any candidates should speak out loud and refuse any canvassing from any government authorities.

Many have asked whether D300+ will adopt any nomination strategy. It is unlikely that one single strategy will emerge. There will be synchronised multiple strategies so that all the votes from the camp can best be utilised.

What we can promise our voters and the citizens of Hong Kong is that we will listen to all the policy proposals of all the candidates, suggest improvement to their policies, evaluate them against our principles and make our nomination wisely and strategically. We will not disappoint you.

Kenneth Leung is legislator representing the accountancy functional constituency. This is his speech at RTHK’s Letter to Hong Kong broadcast on February 5.

Be the first to comment on "Keep Liaison Office at bay"