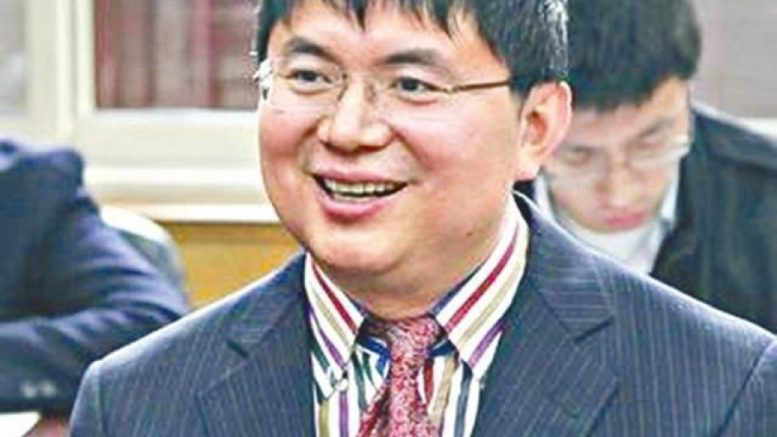 What happens to mainland tycoon Xiao Jianhua, who is reportedly abducted by mainland agents in Hong Kong, remains a mystery. He reportedly denied being abducted.

Mystery over the whereabouts of a mainland tycoon reportedly being captured in Hong Kong by mainland agents on Saturday has re-ignited fears about Beijing’s pledge of upholding “one country, two systems” in the city.

With memories of the missing Causeway Bay bookseller saga still fretted, if not haunted, the minds of Hongkongers, the case of Xiao Jianhua (肖建華), founder Beijing-based Tomorrow Group, emerged at the start of the Year of the Rooster did not augur well in Hong Kong and China.

In the lead-up to the 19th national congress of the Chinese Communist Party scheduled in fall, China’s political scene seems to be fraught with intriguing and disturbing incidents that added more fuel to speculation about the intense factional fighting within the party’s senior echelon.

In view of the strange circumstances of the Xiao case, sceptics have a reason to cast doubt about the authenticity of the billionaire’s claim that he was just “recuperating” overseas.

The Xiao case unfolded on Saturday when Mingjing, an overseas Chinese news portal, reported that an unnamed billionaire “who controlled trillions of yuan in assets” was captured by mainland police and state security agents in Hong Kong on Friday night.

In a report on Monday, Bowen Press, another overseas Chinese news portal, identified the tycoon as Xiao. Xiao, the report said, was accompanied by eight bodyguards when he was “taken away.” It said sources conflicted on the sensitive question of whether Hong Kong police were involved in the operation.

Hong Kong police, responding to enquiries, said they received a “request for police assistance” report on Saturday concerning a mainland citizen in the city. They did not name the person.

But police said that based on initial investigations, the subject entered the mainland on Friday via one of Hong Kong’s boundary control points.

Late Sunday, a statement issued under the name of Xiao’s company on its WeChat account read, “I, Xiao Jianhua, am recuperating overseas now, all good! Business is normal at Tomorrow Group! Thanks all for the concern!”

In another statement issued on Tuesday, he said the question of being captured to the mainland “does not exist,” adding the Chinese government was a civilised government with rule of law. He said he was a Canadian citizen entitled to consular protection and a Hong Kong permanent resident. He said he would meet the media soon after completing a treatment.

Speculation was rife that Xiao was allegedly to be closely associated with the “anti-Xi faction” within the party. In order to smoother the consolidation of his power at the party congress, Xi was said to have intensified persecution against opponents under the disguise of anti-graft campaign. 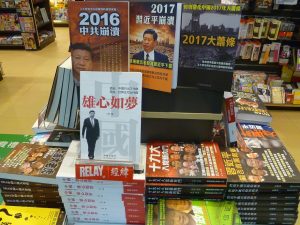 Books about factional politics in the Chinese Communist Party have been an attraction to mainland tourists.

The mysterious circumstances of the Xiao’s case bear an alarming resemblance to the Lee Bo case at the end of 2015 when his wife sought assistance from the Police to help ascertain the whereabouts of Lee. She later withdrew the reporting of missing of Lee, who is a Hong Kong permanent resident.

Admittedly, the business Lee ran at the Causeway Bay Books is nothing compared with the trillion-dollar business empire of Xiao. They seem to have one thing in common: the Xi factor.

In the statement purportedly issued by Xiao yesterday, he seems to have given some credence to the theory that his case was related to the ruling party leadership. He said: “I have never participated in any matters that have damaged the interests of the country and the image of (the Chinese) government. I have not supported any opposition force and organisation.”

Lee and his staff were believed to have run into trouble for selling and distributing books that contained rumours about Xi, such as his love affairs. The books were said to have been circulated among party members and had been used by Xi’s opponents as ammunition to attack him.

The Lee Bo case has shaken local and international confidence towards the city’s autonomous powers in law enforcement. It has also prompted the Hong Kong and mainland governments to enhance a reporting mechanism to boost communication when Hong Kong residents are being held in the mainland.

Details of the Xiao case remain patchy and unclear. Like the Lee Bo case, it may remain a mystery in the near future. With apparently one more case emerged, the volatilities and complexities of the Chinese Communist Party politics are likely to continue to put “one country, two systems” policy to a litmus test.