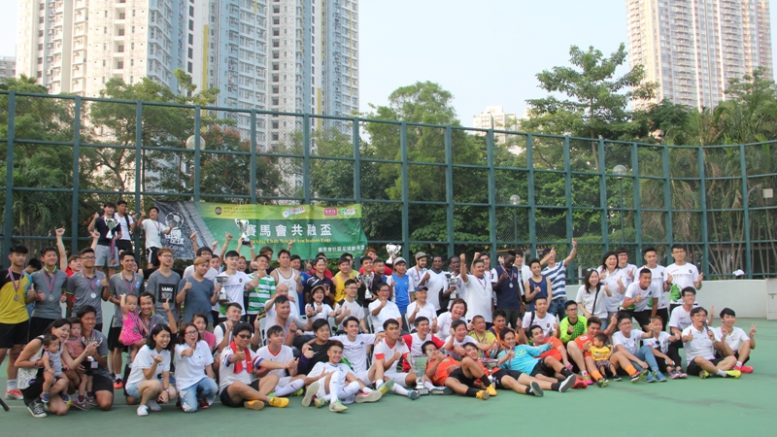 From the age of six, or even earlier, we are spoon-fed with the idea that sports is good for health. But a survey conducted by Chinese University scholars found more than six out of 10 Hong Kong people have little, or even none of, sports in the past six months. Why?

Busy. Busy. Busy. Hong Kong people are just too busy. Sorry, no time. That was the answer given by about 52 per cent of respondents in the CU survey. The lack of time, they said, was also the biggest obstacle for them to do more physical exercises regularly. Of  the 71 cities polled, Hong Kong scored another first. This time it’s not something to be proud of.

It beat others with the longest working week. Employees work for 50.1 hours on average each week. The problem of over-time was most serious in the information technology and financial industry. After long hours of work, many hardly have the mood and the energy of doing late night exercises as many have to start going out to work by 6 am or 7 am the next morning. To them, it is an impossible task to find a balance between work and life. Even with the will to do so, many can only afford some sports and exercises at the weekend.

To address long work hours, the government must legislate on standard work hours.

Concrete action should also be taken to tackle the lack of sports venues and facilities for team sports such as basketball, volleyball and badminton. Although there are sports centers in every district, it is not easy for citizens to make a booking. As sports groups are given the priority of applying venues three months ahead, there are less time slots left for ordinary people.

Online booking has become more popular nowadays. But the system always runs into problem when there is a sudden influx of visitors. The abuse of scalping gang snapping up time sessions of venues then sell it at high price still exists.  To deal with the problem, the Leisure and Cultural Services Department has adopted  a real-name system to prevent scalpers. Under the online booking system, the designated users have to provide identity proof when they use the venues. But scalpers still found ways to hack into the computer system and change the name of users on the ticket. The difficulty in booking venues for team sports has become disincentive for people to do more sports and exercises.

While improving the online booking system, the government should also tackle the problem at its roots level by building more sports venues and facilities.

Sports is more than fun

Hong Kong people are known for their pragmatism. It becomes utilitarianism if it goes extreme. From the day they go to schools, children are told they should work hard to make more money. To make more money, they have to do well in schools, get as many As in public exams so that they can enroll in hot-favorite courses in universities. The higher their academic qualifications mean the stronger their money-earning capability. To many, sports are just for leisure and fun. Even if they have leisure time they are told to better spend it on reading. Students should focus on study, or more accurately, academic results.

The survey conducted by the Chinese University’s Department of Sports Science and Physical Education revealed that primary and secondary students spend only about 30 to 40 minutes on sports on average each day, below the standard set by World Health Organization. Ha Sau-ching, associate Dean for Research of Faculty of Education attributed the lack of exercise among Hong Kong students to their workload in schools. 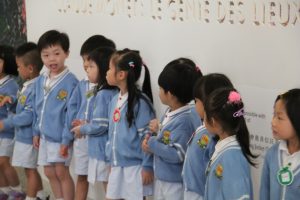 A separate survey by the Student Health Service, Department of Health, lack of exercise and thus decreasing energy expenditure is a major cause of obesity. Heavy workload, the survey found, has squeezed out sports during students’ supposed leisure time. Parents and teachers hold the view that sports do not help enhance students’ academic performance. Their negative attitude towards sports does not help arouse the interest of young people in sports. Without support at home and in schools, it is difficult for sports to start.

Less is not more when it comes to government’s effort in promoting sports. Less is less. The Government should find more venues for sports, such as working with schools to open their sports venues and facilities for the general public during no-class days. LCSD officials should change the booking system for facilities from first-come-first-served to lots drawing. To raise citizens’ awareness of the importance in sports, the government can start from education. That is also the most difficult part.

The Government should introduce more sports program and courses in primary and secondary schools. Although most of the schools have organized basic sports teams like basketball and volleyball team, it is hard to attract students who are not interested in sports to do exercise regularly. Education department should take sports and physical exercise as one of the achievements of students in their overall assessment. Doing so could attract more parents to let their children do sports and exercise during leisure time. The first step is to make sports and exercise a habit, followed by turning it into a trend and part of daily life in the long-run.