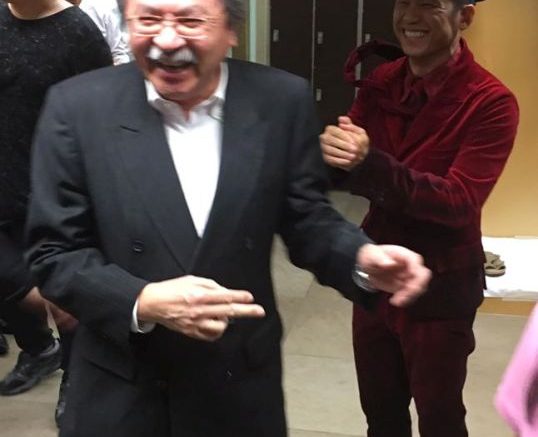 To ABC (Anyone But CY) supporters, Christmas came early this year. Two weeks before the festival, Chief Executive Leung Chun-ying turned Santa Claus, bringing good news to his critics he would not seek re-election. He cited unbearable pressure of election campaign on his family. The spirits of the city were lifted.

Who will get Beijing’s blessing is too early to tell. But it is time to ponder about what kind of chief executive Hong Kong want; what quality/qualities he or she needs to have.

Views are divided, as always. Some said he or she must be an effective intermediary between Beijing and Hong Kong. Mrs Ip said the top leader must put his/her “heart and soul” in the city. Was she talking about herself?

All sound noble and lofty. A sense of humour could not be more important. Yes, humour. Don’t stop reading. Hear us out.

Ever since the Umbrella Movement in 2014, the city has become divided. The Hongkongers are no longer one. The people are more polarised than ever. Seems like we are like those pre-divorce couples who cannot agree on anything, even on the little things. People take sides, split into camps.

Not only we need someone to unite us, we need a leader who does not pick random fights.

Since taking office in 2012, Leung has picked up quarrels, some of which started from nothing. To name a few. He singled out a student magazine of University of Hong Kong students for attack against its alleged pro-independence content in his Policy Address. Left unnoticed hitherto, the publication Undergrad hit headlines. So did the issue of Hong Kong independence. He has threatened to take the Chinese-language Apple Daily to court over editorial about his alleged wrongdoings. The list goes on.

Few leaders around the globe would have taken the trouble as Leung has to threaten to sue newspapers for articles about him. There is at least notable exception: Singapore. It is apparently clear C Y does not like the situation of being the subject of harsh words and embarrassing acts.

Like Leung or perhaps everybody, John Tsang would hardly like to be the target of attack, even by someone with an egg on his hand. But the way he reacted with a touch of humour after someone splashed an egg on his sportswear made him look more humane than the more staid C Y.

In 2013, Tsang was hit by an egg thrown by a protester at a town hall meeting. Leung, who was seated next to him, condemned the move in strong words. Tsang was calm. He told the crowd “My doctor told me not to eat too many eggs. Luckily I’m not wearing a nice suit today.”

Make no mistake. Our Chief Executive is not urged to be weak, forgetful and forgiving whenever he is ridiculed as if it has never happened. But a sense of humour, proportionality and flexibility often works better than being hard and harsh as Leung has trademarked.

World leaders like US President Barack Obama, who is crowned as the coolest and funniest president America ever had, is a living proof that leaders do not have to be all geared up. For instance, Donald trump made a nasty comment saying Vladimir Putin has been more of a leader than President Obama. Asked if he cared to defend himself Obama has just laugh it right off.

One of President Obama’s great speeches was made at his last dinner with White House correspondents. He ended his speech with a rapper-like sign-off “Obama out!” His penchant of cracking a couple of jokes often helps cheer people up and ease the otherwise tense atmosphere.

He and the first lady Michelle Obama are forthcoming in showing up on talk shows. It sure helps building their positive imagine as well as keeping them better connected with their fellow citizens.

Leaders around the world are aspired to be strong with authority. A touch of humour need not be a show of weakness. The opposite is true. Only those with self-confidence and self-belief that they feel relaxed about poking fun on himself or herself. In a practical sense, it is an essential quality of survival in the world of politics.

No wonder Mahatma Gandhi once said, “If I had no sense of humor, I would long ago have committed suicide.”

To all chief executive hopefuls, show us you have a sense of humour.

Be the first to comment on "Chief executive with a sense of humour, please"