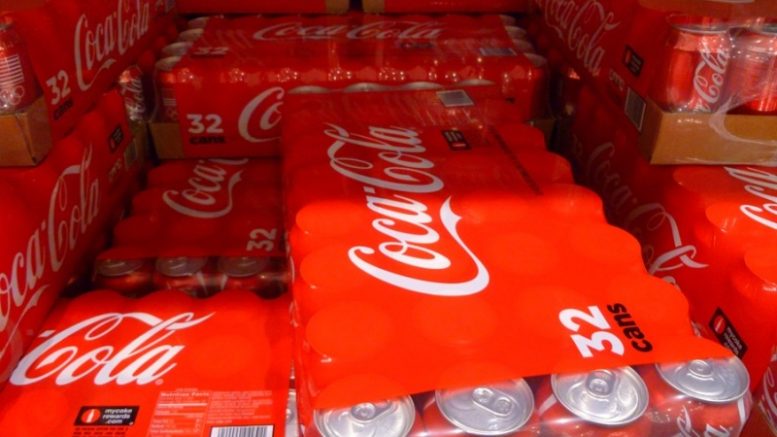 Will Hong Kong follow the footsteps of some countries in imposing a tax on soft drinks to help curb obesity?

The World Health Organisation has urged all countries to consider introduce a sugary drinks tax as an effective way to curb the rise of obesity. The call made in October has not caused a stir in Hong Kong. This is despite concern that the Government is slow in showing its determination, creative thinking and effective measures in halting the rise of obese population.

The Department of Health said 37 per cent of people aged between 18 and 64 were classified as overweight or obese in 2012. A survey conducted by the department in 2015 found one out of five children and adults fell into that category. The number of secondary school students deemed overweight has increased from 18.7 per cent in 2010 to 19.4 per in 2015. The data are worrying because teenagers who are overweight are likely to stay obese into adulthood. Medical studies found obesity is one of the possible causes of diabetes and cardiovascular problems of people at a younger stage.

To combat obesity, identifying the root cause/s is crucial. The dining-out eating habit is one of the major reasons that caused obesity in Hong Kong. A Polytechnic University survey conducted in August found respondents dine out 4.2 times on average per week. 27.3 per cent of respondents said they dine out every day. A report by UBS published in May found Hong Kong people have the longest working hours on average per week, or 50 hours, in the world. The finding has shed some light on the dine-out habit of Hong Kong people. In short, there are more and more couples and families in Hong Kong who belong to the “no-cooking” group.

Low-income families and the working poor face a different restriction in their pick of health food; they cannot afford it. A survey conducted by the Federation of Trade Unions found the cost for cooking a menu comprised of two dishes and one soup has risen from HK$78.4 in 2011 to HK$107.1 in 2016, up by 36.6 per cent. Rising fresh food prices have prompted more low-income families to rely on canned food, instant food and fast food, which are relatively cheaper, but higher in salt, fats, sugar levels that posed higher risk to obesity.

The intake of calories and fats is not necessarily a problem. It becomes one to a person if he or she does not have enough exercise. The fats they took from food stay in their body and eventually cause obesity.

The Government has taken the initiative to tackle the rise of obesity. A committee on Reduction of Salt and Sugar in Food was set up in 2015 to find ways to promote healthy diet. The impact is limited, similar to a range of similar, related government promotion campaigns including Stay Active Scale, Eat Smart and Big Waster. The society has not yet shown a sense of urgency and crisis about the importance of a significance change of their eating habit to healthy diet.

Governments elsewhere have acted to deal with the problem of obesity. Many European countries have rolled out a raft of ground-breaking policies such as sugar tax, salt tax and fats tax. The United States government has required producers of pre-packaged food to say it on their product labels the amount and percentage of added sugar and the maximum amount of daily intake. It is aimed to arouse public awareness of the importance of health-consciousness. Some countries have adopted more radical measures. In Dubai, you win gold if you lose weight. UAE is the sixth most obese nation in the world.

Education and promotion through the media in helping to beat obesity are important, but not enough. Both legislative means and financial incentives such as tax exemption and subsidies are worth consideration. For example, the Government should consider requiring beverage stores to show to their customers the calories and the sugar added in the drinks they sold. As for low-income families, the Government may consider offering a subsidy in form of cash vouchers for them to buy fruits and vegetables for cooking at home. Or they can use the vouchers to dine out in Eat Smart restaurants that provide dishes low in sugar, salt and oil.

There are two conventional ways for the Government to tackle problems such as public hygiene and smoking. They hold promotional campaigns with publicity blitz and pull together a fleet of experts, wise men and women in a committee to talk, and talk, and talk… Obesity is an example of similar kind.

Compared with some developed economies, Hong Kong is a late-starter in tackling obesity. But being a late-starter could also have an advantage: learning from others. There are indeed lots of overseas experiences Hong Kong could emulate if officials can think out of the box.

It is obviously clear that Hong Kong people are increasingly aware of the importance of good health. They know more about healthy diet and are more inclined to compromise deliciousness of food for their healthiness. Now is for the Government to show their determination to come up with a menu of policies and measures to encourage citizens to think twice before ordering their food.

Be the first to comment on "Wanted: A government menu for beating obesity"