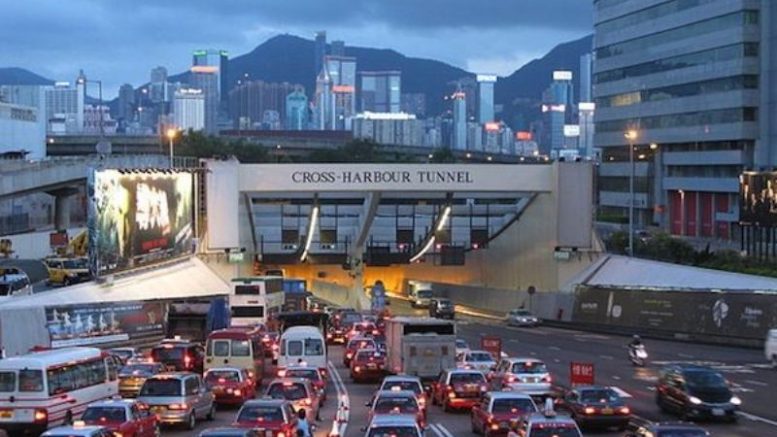 Hong Kong boasts itself as a world-class city known for its efficiency and sound city management. A blend of government positive non-interventionist approach and market force has been a proven formula of success. Millions of people who travel frequently across the harbour would grumble there is at least one total failure: cross harbour tunnels. Traffic jams and chaos at and near the areas adjacent to the three tunnels are getting from bad to worse with no sign of improvement. The Government must now think out of the box for public transport commuters and drivers to see light at the end of tunnel.

There are three tunnels that connect the Hong Kong Island with Kowloon, namely the Cross-Harbour Tunnel (CHT) that links Wan Chai with Hung Hom, the Eastern Cross Harbour Crossing (EHC) running between Lam Tin and Quarry Bay and the Western Habour Crossing (WHT) that ties Western with Tsim Sha Tsui. Upon the expiry of franchise, the Government resumed the ownership and operation of EHC in August. WHC is scheduled to be handed back to the Government in 2023.

The discrepancy in tolls has distorted the behaviour of drivers for obvious reasons. Drivers are tempted to use the tunnel with the cheapest toll. The distortion has been worsened by the discrepancy of tolls in Lion Rock’s Tunnel, Eagle’s Nest Tunnel and Tate’s Cairn Tunnel. They connect Sha Tin with Kowloon Tong (central Kowloon), Cheung Sha Wan (west Kowloon) and Wong Tai Sin (east Kowloon) respectively. The first two charge HK$8 for all vehicles. The tolls for private vehicles and trucks for Tate’s Cairn are HK$20 and HK$24 respectively.

Take a trip of a container truck from New Territories to Hong Kong Island as an example. The driver will have to pay more than HK$100 for the trip if he takes the “expensive” tunnels.

The differences in toll have resulted, at least partly, to overcapacity problem in the Hung Hom CHT. Figures show the CHT has a daily average traffic throughput of 115,722 vehicles, 48.5 per cent higher than the designed flow rate. The EHT’s daily average traffic throughput was 75,469 in 2015, below its capacity of 78,500 vehicles a day. The WHC’s daily flow of vehicles is about 65 per cent of its full capacity. The Lion Rock Tunnel has exceeded its full capacity by about 15 per cent. The Eagle Nest’s Tunnel is still under-utilised.

Aside from distorted drivers’ behaviour caused by different toll levels, the worsening traffic congestion in tunnel areas has something to do with the sharp rise of the number of private vehicles. The total figure was 521,852 in 2015, a rise of 44 per cent compared with the figure in 2006.

Fierce competition among bus companies for passengers has resulted in overlap of the routes of cross-harbour bus services. Scenes of buses lining to pick up and drop off passengers at tunnel bus stations speak volume of the problem.

A full diagnosis of the causes of traffic snarls in and around the tunnel areas, which lie at the busiest parts of the city, is the starting point to find solutions.

One does not need to be economics Nobel Laureate to understand how price can change behaviour. An adjustment of tolls can help minimise distortion of the behaviour of drivers. Excessive flow of car can be diverted to other less-congested tunnels through the setting of tolls. As the saying goes, time is money. 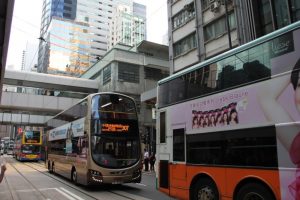 Transport Department should be more proactive in putting pressure on bus companies to avoid excessive competition for cross-harbour passengers by better coordination of their routes and frequency of services.

Traffic congestion can also be attributed to some basic problems in our transport policy. They include road management and private vehicles, illegal parking and loading and unloading of goods by commercial vehicles in busy districts such as Central and Causeway Bay.

Livelihood issues are no small matter. People’s grievances about traffic delay aside, traffic jams have brought about loss in economic benefits. Shorter journeys of vehicles on the road will help reduce pollution. Everyone pays a price for extra hours in transportation. Let’s start with the tunnels by bringing the best of government and market force..

Jodie Chan, Esther Chan, Edmund Chan, Kenny Tsoi, Raymond Lau are Year 4 students of Shu Yan University’s Department of Journalism and Communication. This is their final project of a course on English Editorial and Commentary Writing.