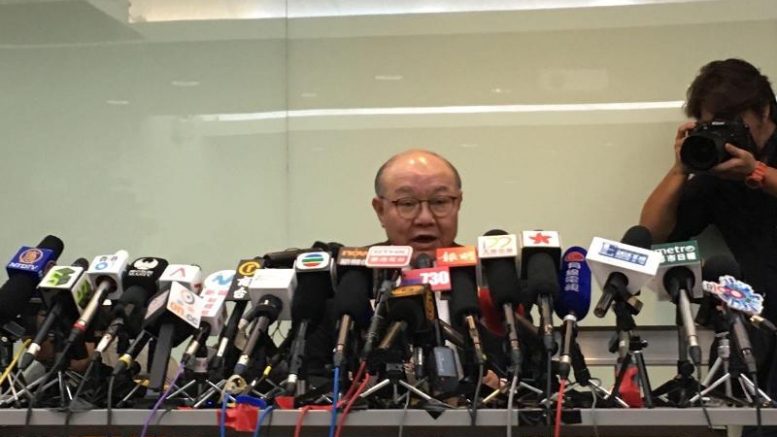 While calling on his team members to focus on the next policy and budget blueprints yesterday, Chief Executive Leung Chun-ying was doing the opposite, setting his targets at his potential rivals in the next chief executive race.

First, it was Financial Secretary John Tsang Chun-wah. Speaking to reporters, Leung said he and the government have to prepare for the policy address and the Budget this time of the year.

Leung’s remarks have been seen, not without ground, as a veiled attack on Tsang, who is said to have informed Beijing last week he was preparing to quit and contest the March chief executive race. Tsang’s office did not comment.

The second target was retired senior judge Woo Kwok-hing, who formally announced his election campaign yesterday. (We may count Regina Ip Lau Suk-yee, who expressed interest, again, in the top post yesterday as the third) Again without naming Woo, Leung posed a host of questions, which are primarily about whether his departure or a change of administration could help resolve some burning political and livelihood issues.

“Regardless of whether there will be a new leader, the new government will take office on July 1 next year … Will the international situation facing the city become less complicated because of a new leader or term? 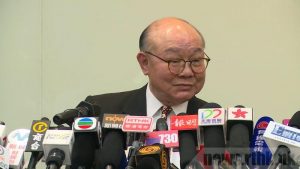 “Will those pushing for the city’s independence stop what they are doing? Will those insulting their own country shut up?” he asked.

Leung was referring to two Youngspiration lawmakers who triggered a political storm by adding provocative words about China during in their oath when they were sworn in on October 12.

“Will the land and housing problems that have accumulated in Hong Kong become easier to solve under a new leader or government? Will the cabinet continue to touch on vested interests in the property market with courage and determination, and amid difficulties, to solve the city’s housing problems?”

Will a change of leader makes a difference?

Posed as questions Leung has indeed given the answer, which is more an argument he and his supporters could possibly rely on in their fight for a second term.

The argument is that whoever takes the hot seat next year will not be able to do better than Leung on issues ranging from housing and land and curbs on the growth of separatism. And irrelevant though it is, Leung sought to argue the “international situation” Hong Kong is facing would not become “less complicated” if he stands down.

Faced with strong opposition against his re-election bid, Leung has tried to argue he was not to blame for the raft of domestic and external problems of the city.

Citing the uncertainties and challenges on the domestic and external fronts, Leung and his team seem to have decided to play the “continuity and stability card” in the upcoming election campaign.

This is despite the fact that there is a significant portion in different strata of the society who feel adamant whoever becomes the next chief executive will be better than Leung, contrary to what Leung would like his fellow citizens to believe. Enter ABC, or “Anyone But C Y.”

If anything, the pointed attack by Woo against Leung for worsening the schism in the society at his press conference has focused the public on Leung’s most vulnerable part of his governance, namely divisiveness.

In Woo’s words, the society has never been so divided in the past 70 years. He is 70.

It is hardly coincidence that Leung went into length to urge people to focus on “issues”, not the “person/s”, in the next few months yesterday morning. It came hours before Woo declared his candidacy and amid speculation that Tsang has told Beijing’s his election plan.

He has sought to make a pre-emptive attack against his rivals and critics and cast doubts about the purpose of a change of leadership at a time when the chief executive race entered a new phase with Woo becoming the first to raise his hands up.

But it did not take long after he asked that at least one credible aspirant has stood up and said he wants the job and he could do better than C Y.