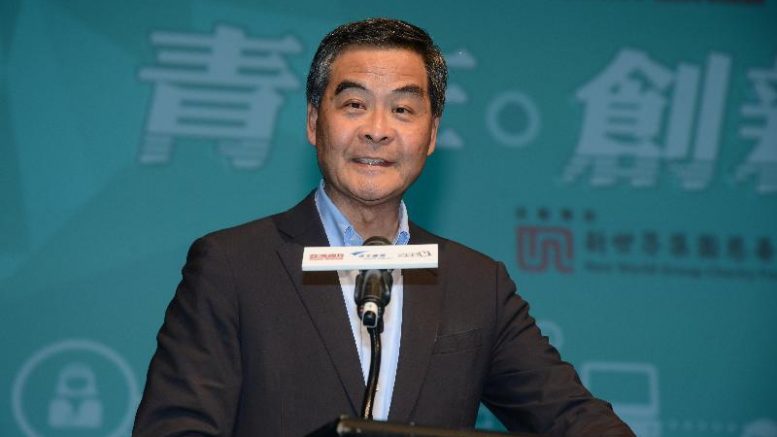 Chief Executive Leung Chun-ying is in hot water over his role in scaling down a public housing plan in Wang Chau, Yuen Long.

Revelation that Chief Executive Leung Chun-ying was personally involved in a controversial decision to scale down a public housing project in Wang Chau in Yuen Long is poised to deal a severe blow to his re-election bid. Will it be the last straw on the back of the camel? You bet.

On Sunday, a spokesman of Leung’s office confirmed his boss had chaired a cross-departmental group meeting on the Wang Chau project in 2013. The spokesman claimed Leung, since taking office in 2012, “has been chairing cross-departmental meetings almost every week, to push forward and coordinate the work of more than 20 medium and long-term land development projects.”

No details of the 20-odd projects were given.

Leung sought to come clean one day after the Chinese-language Apple Daily quoted on Saturday internal government documents to say the government had carried out two rounds of “soft lobbying” with community leaders on a public housing plan in Yuen Long in 2013.

Under the original plan, the Government was to build 17,000 flats at a brownfield site in Wang Chau. After the “soft lobbying,” the government decided to develop a greenbelt area to provide 4,000 flats.

The Government has insisted Leung did not personally lobby rural leaders for the change of plan. Leung maintained the goal of providing 17,000 units remains unchanged, adding they only started working on the easy part, followed by the difficult item.

On Monday, Leung broke his silence on the issue on a public occasion. He said a cross-departmental press conference will be held within days to clear the air. He argued he chaired the task force because the project straddled various bureaus separately under the Financial Secretary and the Chief Secretary. But Leung did not say who made the decision to develop Wang Chau in phases. He said a steering group on land supply headed by Tsang was responsible for the follow-up work of the project. 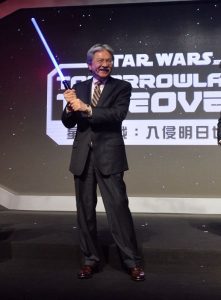 Financial Secretary John Tsang makes a swift denial of his involvement in a controversial decision on Wang Chau housing plan. Speculation is rife he is ready to challenge C Y Leung’s re-election bid.

But in response to media enquiries, a spokesman for Tsang said Tsang sat on the task force, but had not attended its meetings. He has not decided on the development of Wang Chau in phases.

FS says he did not decide phase approach

As Leung seems to have tried to muddle the issue of who made the decision on the 4,000-unit project by dragging Tsang in, Tsang has apparently attempted to clarify he did not call the shot.

The pair’s intriguing and seemingly contradictory remarks on the Wang Chau project seem to have illustrated their likely rivalry in the upcoming chief executive race.

Critics and two newly-elected lawmakers, Eddie Chu Hoi-dick and Edward Yiu Chung-yim, were unconvinced about Leung’s pledge of a phase development. They said the 17,000-flat plan had already been ditched. Chu had branded the dispute as a case of collusion between officials, business persons, rural leaders and triads.

Two weeks before they are to swear in, a group of 28 pro-democracy legislators issued a joint open letter calling on Leung to come clean. The Wang Chau case looks set to become the first tough battle confronted by the Leung team in the new legislature. 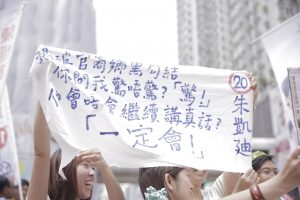 The brewing storm over the Wang Chau plan has come at an intriguing and politically-sensitive time of the CE race.

Speculation is rife that John Tsang will quit in October to run for the top post. He described the media’s report as “strange.”

Tsang’s game plan is still unclear. But there are more signs of Leung facing a tough fight for five more years at the Government House.

More pro-establishment figures have said explicitly or with a degree of subtlety. Leung might not be the best person who can help mend the sharp divide in the society.

And as the controversy over his HK$50 million golden handshake fee from Australian firm UGL looks set to be the subject of a new round of wrestling in the new Legco, the fresh row over Wang Chau runs the risk of entangling Leung in the notorious alliance of the business, rural and triad forces.

It seems to be certain that the guessing game about Leung’s role in the Wan Chau plan will deepen the feeling of distrust, if not disdain, prevalent in some quarters of the society towards him.

Many people still feel sceptical about why Leung led a cross-departmental group on a project of 4,000 public housing flats.

Some may argue, not totally unconvincing, that it showed Leung attached great importance to housing project, both big and small. But some others have reasons to believe there might be higher stakes and more powerful interests involved that prompted Leung to step in to make sure nothing went wrong.

Since taking power in 2012, Leung has trumpeted his success in putting housing and land supply back on the right track. Importantly, he claimed few people accused of government-business collusion as they did during the seven-year reign of Donald Tsang Yam-kuen.

The Wang Chau case stoke fears about an even worse government collusion with not just property developers but rural and triad forces.

If left unanswered, questions about the public housing plan will further boost Leung’s unpopularity and cast a long shadow over his re-election plan.