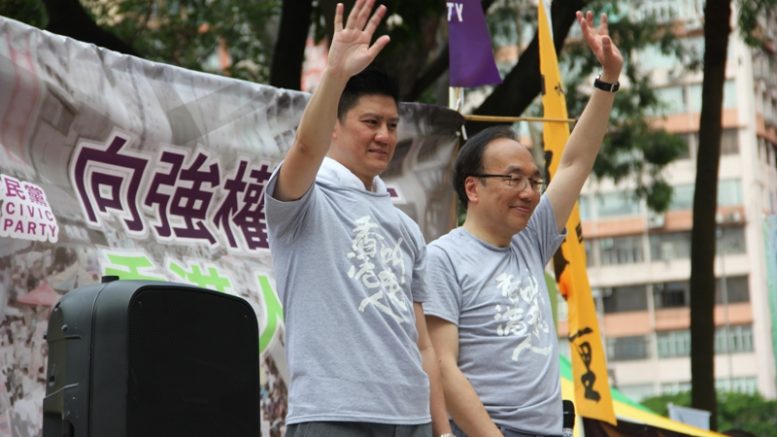 1997 saw Hong Kong revert to a sovereign that practises people’s democratic dictatorship, and autocracy is the order of the day in Mainland China. Without a local government that is fully accountable to Hongkongers, our long cherished freedoms and institutions like the rule of law, apolitical civil service and Independent Commission Against Corruption are bound to wither and cannot stay.

It is regrettable that the Chinese Communist Party (CCP), thus the Central People’s Government, has not honoured the One Country Two Systems constitutional order as promised by and enshrined in the Basic Law. One only has to remind oneself of the black and white letters of Article 22 to tell how flagrantly the Basic Law has been breached. The Article provides that:

Only as recently as the Legislative Council Elections on September 4, interventions from Zhang Xiaoming, the Director of the CPG’s Liaison OfficeHong Kong, were rampant. The Liaison Office bent over backwards to make sure that people like Pau Tse Wai-chun, Eunice Yung Hoi-yan, Junius Ho Kwan-yiu, Priscilla Leung Mei-fun and Holden Chow Ho-ding were elected. Such manoeuvres had gone so far that cost the seats of anti-democracy incumbents Wong Kwok-hing and Tang Ka-piu from the Federation of Trade Unions, the most ancient supporters of the CCP in Hong Kong. And, those blessed by the Liaison Office are not slow to show their gratitude by thanking Zhang for his support, as if these were normal business, and conveniently forgetting all about the non-intervention guaranteed by Article 22.

On the subject of the treachery of the CCP, how can Hongkongers forget about the White Paper published by the State Council on June 10, 2014 and the Resolutions of the National People’s Congress Standing Committee (NPCSC) on August 31? By the former, the CCP emphasized its total control over Hong Kong and the self-restraints this omnipotent sovereign had enticed Hongkongers into expecting was shattered by the stroke of a pen. By the latter, the CCP unequivocally denied to Hongkongers our right to elect the Chief Executive, with anyone allowed to stand.

Public outrage over the White Paper and the NPCSC Resolutions prompted the Umbrella Movement later in 2014. Thoroughfares in the heart of the city were occupied for 79 days. The Umbrella Movement has moved the world by showcasing how David can stand up against Goliath using peaceful means and by engaging in rational debates. Hongkongers have shown the world that giving in and foregoing principles is not the only option when facing up to the CCP. While it draws the world’s appreciation, the Umbrella Movement has to date failed to move the Beijing leadership an iota towards fulfilling its promises made in the 1980s to Hongkongers in its bid to entice us to accepting reversion to Chinese Sovereignty.

During the past four years with C Y Leung as the Chief Executive, Hong Kong saw our society being torn apart and polarized. Such a divide is getting wider by the day and one doubts if it can ever be mended, at least when Leung stays. At one pole are cynics or pragmatists who have long resigned to succumbing to the CCP and reaping whatever benefits they can by dancing to its tunes or even second guessing what the Beijing masters would like to see them do. Many of them, now occupying key positions in government and the civil society, contribute to the daily deterioration of Hong Kong’s core values and corruption of Hong Kong’s key institutions.

At the other pole are childish and naïve souls who, following our more elemental instincts, refuse to forget our original intentions and wanting to see implemented the vision we have been promised, namely, One Country Two Systems, high degree of autonomy and Hong Kong people ruling Hong Kong.

We want our long-cherished freedoms and well-respected institutions to continue to flourish for the benefit of many more generations to come. Personalities dictate our destinies. When coming face to face with the adversity of suppression and overwhelmed by an apparently unmatchable power, individuals do react differently. I certainly would love to see more of the naïve souls and less of the cynics. It is not just our personal destinies that are at stake; Hong Kong’s fate is in the balance.

Elections of the Sixth Legislative Council, which completed on September 4, broke many records. 58%, or 2.2 million, of our registered voters came out to vote, which is unprecedented. Legislators-elect include Nathan Law Kwun-chung, Lau Siu-lai, Shiu Ka-chun and Cheng Chung-tai, who were core participants and very much involved in the 79 days of Occupy. Hongkongers have voted them into office so that they are properly mandated to continue fighting for a democratic Hong Kong, in the spirit of the Umbrella Movement. Besides, Eddie Chu Hoi-dick and Yiu Chung-yim have been civil society activists who see as their mission to deliver a fairer and more equal Hong Kong.

Unwise for CCP to ignore the democrats

These six, together with other Democratic Legislators-elect, have all openly declared frustration with what they are seeing of Hong Kong, and, to different extents and degrees, are advocating for Hongkongers to take charge of Hong Kong’s fate beyond 2047. The numbers of democratic versus anti-democratic legislators in the new Council will be 30:40. It will be politically impossible, or at least very unwise, for the CCP to ignore the voice of Hongkongers who have spoken through the ballot box and attempt to continue to suppress the Democratic Camp.

Engagement is the only reasonable way forward. The Civic Party has proposed a Hong Kong Affairs Conference, which should foot the bill in this connection and is worth serious consideration.

Just as I had told Zhang Dejiang, Chairman of the NPC, when we met a few months ago, the only way the CCP can prevent separatism from gaining popularity in Hong Kong is for it to deliver according to what has always been promised to Hongkongers by the Basic Law. If Xi Jinping stifles democracy even more, I can only predict that anger and frustration will grow, with separatist demands boosted.

Very soon, Hong Kong will elect 1,200 members to the Election Committee mandated to select the next Chief Executive who will assume office in 2017. The Democratic Camp is determined to win as many seats as practicable so as to be able to have a say in who is to be put at the helm for the next 5 years.

To me, Hong Kong has no luck at all if the incumbent stays on. He must go. Whoever is eyeing the top job must be able deliver hope to especially the young, up-and-coming generations of Hong Kong and to mend the divided society with apt and timely messages capable of taking into account the public sentiments of betrayal and frustrations.

This is an edited version of the speech of legislator Alan Leong Kah-kit, the Civic Party Leader whose term expires on September 30, at RTHK’s Letter to Hong Kong broadcast on September 18.