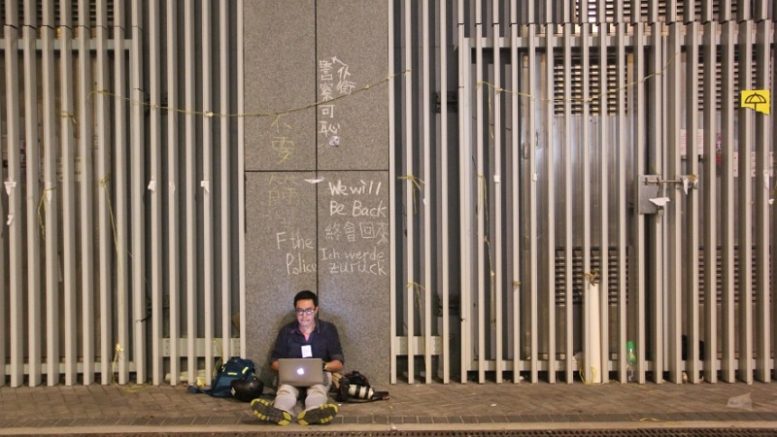 Erupted on September 28, 2014 and lasted for 79 days, the Occupy Central Movement continues to make impact on Hong Kong's political development.

As a political science student who has been studying Hong Kong politics in a humble way since 1982, I have been totally amazed by the increasing extent of politicization, or perhaps hyperpoliticisation, in the Hong Kong Special Administrative Region especially after July 1, 1997. If hyperpoliticisation refers to a process of having more people not just aware of politics but also arguing fiercely and confronting with each other violently because of political reforms and issues, the Hong Kong SAR has witnessed this phenomenon since 1997. I have been astounded by the process of some citizens originally resorting to verbal violence but later evolving into active political participants who utilize violence and intimidation to make their political view heard.

The clash of some citizens during the 2014 Occupy Central Movement, with some supporters confronting with the anti-occupiers, was a good example. Another recent example is the act of intimidating election officers who implemented their duty of barring explicitly “pro-independence” candidates from electoral participation in the September 2016 legislative direct elections.

The clash of political cultures between some Hong Kong people and the governing elites on the one hand, and between some Hongkongers and mainland Chinese officials dealing with Hong Kong matters on the other, can be seen as the root cause of such hyperpoliticization.

More Hong Kong people are believing in Western democratic values, such as human rights and universal suffrage in the selection of their chief executive without political constraints. However, the governing elites in the SAR tend to accept a more Chinese style of paternalistic democracy, seeing human rights as rights conferred by the state on the citizens rather than rights being inherently possessed by them.

Moreover, the governing elites have seen the universal suffrage in selecting the chief executive directly by citizens as a process that needs the screening of an election committee — an arrangement accepting the decision of the Standing Committee of the Chinese National People’s Congress on August 31, 2014.

Most importantly, the clash of generational attitudes has turned out to be the most prominent hallmark of Hong Kong politics, especially since 2012 when the anti-national education campaign saw many parents and students opposed the so-called brainwashing style of political education. Generational conflicts can also be seen in vastly different attitudes between the younger and older generations on terms like “nation,” “self-determination,” “high degree of autonomy,” and “independence.” Some young people believe that Hong Kong is a so-called nation, having the right of so-called self-determination and even having the dream of being “independent.” The older generation sees Hong Kong as a part of mainland China, sees self-determination as a politically irrelevant not to mention the question of independence. The older generation also regards the autonomy of Hong Kong as having limitations that must respect China’s sovereignty.

Finally, the identity clash of many Hong Kong people is in severe conflict with both the pro-government elites and mainland Chinese officials. Many young Hongkongers see Hong Kong identity as something special, something not just local but xenophobic and even exclusionary in the sense of building a wall of Hong Kong against China. However, the pro-government elites and mainland officials see Hong Kong identity as just a local identity that has to be and should be subservient to the national Chinese identity. Many young Hong Kong people also see their identity as being culturally Chinese, but politically they reject the mainland Chinese paternalistic style of politics. The mainland officials, however, hope that the cultural identity of Hong Kong people should ideally be mixed with political identification with the regime in China — an impossible dream at least in the short and medium term.

What are the solutions, Hong Kong friends? Well, we should perhaps think about our common values. If one of our common values is to embrace a tolerant society and a happy society, then we should consider how we can achieve a more peaceful, more calm and more productive way of dealing with politics. The mass media may have to be more objective and balanced rather than just exaggerating the negative sides of almost everything. Some people will have to be more tolerant of dissenting and opposing views. What is disturbing in Hong Kong now is that while the younger generation wishes to talk about something that they wish to creatively innovate and boldly discuss, the older generation emphasizes political correctness. Here, the political imagination of some young Hong Kong people is in conflict with the political correctness of older generation. If so, the only solution is to adopt a tolerant attitude towards all sorts of political discourse. If the essence of democracy includes tolerance, it is time for all the Hong Kong people and also Chinese officials responsible for Hong Kong matters to think about how to embrace different views in a more tolerant way.

If tolerance is not achieved in the coming years through more dialogue and a more understanding atmosphere, Hong Kong will enter a long period of political uncertainties, continuous bickering, ideological struggles and violent confrontations in the years to come. If tolerance is not engendered, the discussion over Hong Kong after 2047 will not only be accelerated but will also be full of political accusations, negativity, and conflicts.

If we cannot develop an atmosphere of tolerance, an attitude of stepping back from our own persistent argument by at least appreciating the views of our political enemies, Hong Kong’s path of democratization will be very difficult and Hong Kong’s core value of accepting diversified views will be endangered.

On the other hand, through more dialogue, rational debate and non-violent form of political discourse will hopefully help some Hong Kong people to persuade the power holders in both Hong Kong and China that tolerance will be the key to restore Hong Kong politics to a more stable, much calmer and more peaceful atmosphere.

All Hong Kong people will suffer if we do not arrest the trend of hyperpoliticicization in the SAR. Hyperpoliticization will bring Hong Kong to a politically unstable situation that would undermine the territory’s economic prosperity, social harmony and even overall competitiveness in the long run.

Professor Sonny Lo is a political scientist at the Hong Kong Education University. This is his speech at RTHK’s Letter to Hong Kong broadcast on August 21.