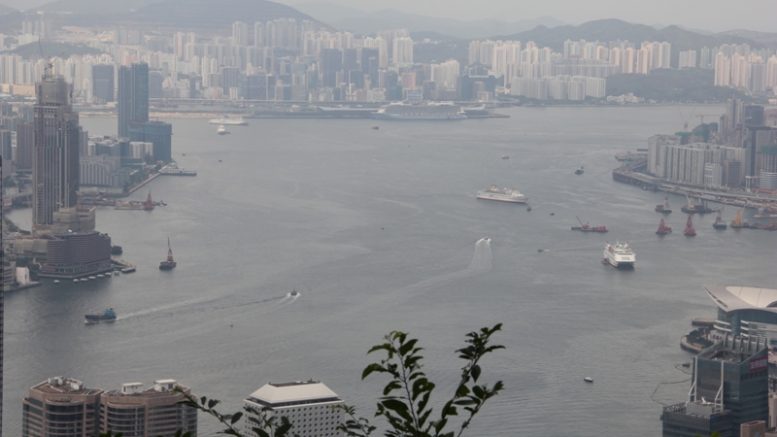 Ocean-going vessels berthing in Hong Kong are required to switch from filthy bunder fuel to clean marine fuel with sulphur content not exceeding 0.5 per cent after a law came into effect in July 2015.

With this milestone policy intervention, Hong Kong became the first jurisdiction in Asia to regulate the emission of toxic air pollutants from ships. These emissions contaminate the air and put at risk the health and well-being of tens of millions of inhabitants in Hong Kong, China and the broader Asian subcontinent, where the density and intensity of shipping and port activities are the highest in the world.

It is estimated that this regulation will slash ship-induced sulphur dioxide (SO2) and particulate (PM10) emissions by over 70 percent at the berthing locations. Translating that to show the impact on the whole of Hong Kong, total SO2 and PM10 emissions will be reduced by 12 percent and 6 percent, respectively.

Hong Kong thoroughly deserves plaudits for its leadership and vision in confronting air quality, but achievements such as these are rare when it comes to tackling significant issues with legislative and policy moves that were introduced swiftly and with impact.

Since 2006, a tripartite partnership has emerged amongst civil society, the shipping industry and the Hong Kong government. This alliance has culminated in firstly, groundbreaking research on ship emissions; secondly, an industry-led voluntary initiative to reduce ship emissions called the Fair Winds Charter (facilitated by Civic Exchange, an independent public policy think tank in Hong Kong); and finally, mandatory regulatory requirements that set the benchmark for counterparts in China and the rest of Asia.

Reacting to Hong Kong’s pioneering work and best practices in the field of maritime air emission control regulation, China’s response in the last 24 months has been positive and far-reaching. In September 2014, the Shenzhen municipal government announced an incentive scheme to support voluntary at-berth fuel switching and the use of onshore power. In 2015, the Shanghai government put together a green port action plan for 2015-2017, and also amended relevant measures and regulations on ship emission control. In June 2015, at the national level, China’s Ministry of Transport rolled out a consultation paper on ship and port pollution prevention and control, and an implementation plan was published by end of August 2015. In this plan, the experimental establishment of three Domestic Emission Control Areas (DECAs) – in the Pearl River Delta (PRD), the Yangtze River Delta (YRD) and the Bohai Rim – were put forth as key action items.

Originally, an emission control area is a regulatory arrangement under the International Maritime Organization to control the use of low sulphur fuel in designated coastal waters as a means to reduce ship emissions. The idea of setting up a Pearl River Delta emission control area was first recommended in a 2012 Civic Exchange research report, and was later acknowledged by the Hong Kong government in 2013 as the long-term goal for ship emission control in the PRD region. In the blink of an eye, China has taken this idea on board at the national level. Plans were drawn up for implementation in the PRD and two other major port regions, and the concept was adapted to address the pressing need in China.

At the regional level, competition is fierce between the PRD and YRD to become the leader in ship and port emission control in China. Shenzhen stormed ahead in 2014 with its incentive scheme being the first among mainland ports, but Shanghai has taken a solid, collaborative approach with neighbouring, and often competing ports, in Zhejiang Province and Jiangsu Province, and is now in pole position. Effective from 1 April 2016, ships berthing at the ports of Shanghai, Ningbo-Zhoushan, Suzhou and Nantong are compulsorily required to comply with the 0.5 percent sulphur fuel rule. In other words, all four core ports in the YRD are now on par with Hong Kong in terms of ship emissions control regulation.

These developments in China are encouraging, as Hong Kong will also benefit from more stringent marine fuel requirement in the mainland. Consistent regulatory environments in multiple ports create a network effect that could provide strong incentive for ships to switch to cleaner fuel. However, to keep Hong Kong ahead of the curve and establish itself as the real leader in driving further improvement in ship emission control in China and the rest of Asia, we have to continue to push ahead by tightening our regulatory requirements.

The logical next step for Hong Kong is to tighten the current fuel rule from 0.5 percent to 0.1 percent, which will further reduce ship-induced air pollution roughly by another 80 percent at-berth. During the discussion that culminated in the Fair Winds Charter before 2011 and during the government consultation regarding the at-berth fuel switch regulation, industry voices expressed concern over the availability of 0.1 percent sulphur fuel in the market. However, the latest information gathered by the Hong Kong Environmental Protection Department after the at-berth fuel switch regulation shows that over half of the ocean-going vessels are already burning fuel with sulphur content of 0.1 percent or lower. So 0.1 percent sulphur marine fuel is feasible and practicable in the foreseeable future.

Until March 2018, the Hong Kong government has agreed to contribute financially to ships that are compliant with Hong Kong’s regulation. The low hanging fruit from a policy advancement standpoint is to fine-tune the existing incentive scheme so that ships that outperform the current regulatory requirement can be rewarded with a higher rebate with the most rebate offered for 0.1 percent sulphur fuel. This will motivate the front-runners in the shipping sector to press further in improving their fuel choices. In so doing, Hong Kong will once again set a new benchmark for its peers in the mainland which have been looking at Hong Kong as an example to emulate in the policy area of maritime air emission control.