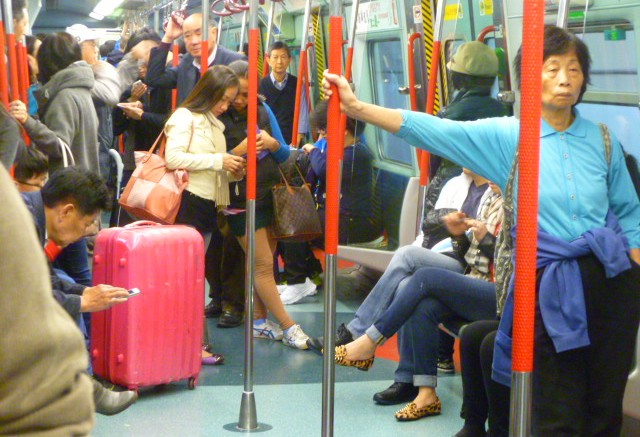 HIgh MTR fare is one of the three burning livelihood issues that Chief Secretary Carrie Lam has highlighted in meetings with pro-government lawmakers. Livelihood issues are set to dominate the agenda of the 2017 chief executive election.

With a staggering HK$860 billion fiscal reserves in its purse, the most direct way for the Hong Kong Government to pacify the boiling discontent among the people is to spend. The can spend to improve welfare, lower livelihood expenses. The society will become more harmonious, people feel good about their government if they live a better life. In order to salvage popularity, there is a strong incentive for the Government to announce a set of measures aimed to benefit the people after September. This is aimed to boost the feel-good sentiments and the government’s popularity for a smooth re-election of the incumbent chief executive.

Those who belong to the so-called “miser faction” within the government are typical administrative officers in the way they think about public finance. They worry about long-term financial commitment and the ultimate depletion of the massive reserves. Such “plan-for-the-future” rational thinking is being seen as ossified thought in the eyes of politicians. Now that we have huge reserves and that people have grievances, politicians would ask why not spend the money to make people happy.

By using public money to improve livelihood, the Government can claim high moral ground. Their opponents will have to bear the brunt of criticism for having ignored people’s plight. After decades of hard work by our people, Hong Kong has become an affluent society. But nowadays, even people with high education level and professional expertise found it not easy to move up on the social ladder, not to mention those who are low in education and skill. As the opportunities for social mobility decreased, it is only natural that people tend to long for stability. They may not be able to improve their livelihood on their own. Calls for the Government to step in to help are growing, to nobody’s surprise.

Faced with the enormity of pressure from people’s political aspiration, any government cannot afford to do nothing. To follow public opinion, they can only go down the path of more welfare and more livelihood subsidies. All candidates in next year’s chief executive election will be “welfarist.” They will “package” their housing, medical, labour and welfare and public utilities policies in massive spending plans in their election platform. Those who advocate the preservation of financial stability in their campaign will be in a weak position in public opinion warfare, no matter how hard they argue their case. The road to a welfare society in Hong Kong has been laid.

But the question is: will people feel better and the society become more harmonious just by giving more welfare and livelihood benefits? Take Macau as an example; the answer is no. Macau government has drastically increased welfare and given cash hand-out to residents after the 1999 handover. That has not led to a more harmonious society. There are a various reasons. The plain reality is that public grievances will not be eased solely by increasing welfare.

It seems that there are two lines of thinking within the present government. Put simply, one is welfarist. The other is pragmatist. The welfarist is now the dominant political force; they are keen to shore up public support for the government through welfare. The pragmatist represent traditional thinking of civil servants. They advocate small government and the principle of “keeping the expenditures within the limits of revenues.” It will be a brilliant contest if representatives of the two factions face each other in next year’s chief executive race.

Be the first to comment on "It’s the livelihood, stupid"