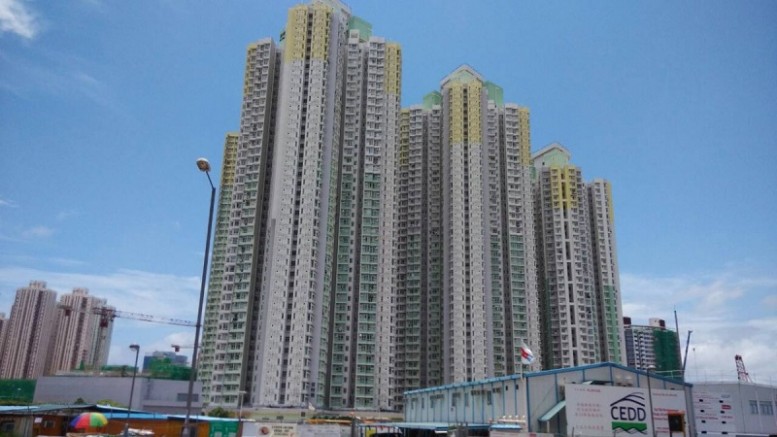 Rigidity of Hong Kong's public housing system puts restraints on the mobility of the labour market.

Urban housing is one of the most important issues in economic development. How society chooses to supply housing to meet the needs of urban dwellers (both existing residents and new migrants) has enormous long-term consequences that impact every facet of economic, social and political life.

Over the past half-century, Hong Kong’s primary response to this issue has been to develop a public housing program. Today, almost half of the population lives in publicly provided housing, making the program one of the largest in the world per capita.

There is, however, a price to pay. Because of the increasing scarcity of urban land, many public housing estates are now found in satellite towns in outlying areas. Attracted by low rents, many families are accepting to live in these remote residences, far removed from their support networks and economic opportunities. Because commuting between home and work can be costly and time consuming, their ability to find and hold jobs in other parts of the city, or even to participate in the labour market at all, is reduced.

Owners of public housing units, sold through the government’s Home Ownership Scheme (HOS) and Tenants Purchase Scheme (TPS), also face serious restrictions on their mobility. Under the terms of their program, owners may sell their units on the open market only after repayment of the unpaid land premium. Since the value of the land premium is assessed at the time of repayment, owners are not able to capture the full-appreciated value of their property.

As a consequence, they have a reduced incentive to sell their units on the open market. The inactive secondary market for public ownership housing in Hong Kong is in stark contrast to the situation in Singapore, where public housing units are freely traded.

Despite rapid social changes and economic restructuring in Hong Kong over the past decades, economic activities have remained solidly centered around the urban areas. The regional shares of jobs have actually remained quite stable, with the urban core accounting consistently for about 75 percent of the total job opportunities in the economy.

On the other hand, there has been a significant northward migration of the working population to developed suburban and satellite cities in the New Territories, as scarcity of land and residential units in the city drives urban housing prices and rental rates beyond the reach of many citizens. The share of urban dwellers in Hong Kong’s population has decreased by a staggering 33 percentage points (from 91% in 1976 to 58% in 2011).

This has made the problem of commuting from districts in the New Territories to the urban area increasingly acute. The population coverage of the mass transit system actually declined after 1986 and only recovered after 2001 with the extensions of new lines into the New Territories.

While Hong Kong is a relatively compact city, with a highly efficient transportation system, we also have a very rigid public housing system. How well the components of housing, transportation, and job creation work together in an overall scheme affects social and economic efficiency and can have significant impacts on the labor market.

A public housing system that freezes residents permanently to their assigned units reduces labor mobility. This is because it raises the cost of vacating a home, thereby creating unemployment in local labor markets. Further distortion comes from an inefficient match between workers and jobs and by the traffic congestion caused by longer commutes, which in turn reduces the incentive to work.

In any market, economic efficiency is modulated by wage adjustment and labor mobility. Wages adjust to clear the market, while labor mobility ensures the equalization of wages across markets. Any institutional constraint that impedes mobility can have an adverse effect on economic efficiency. This is particularly the case with the labor market, where the adjustment tends to be slower than in other markets, and any friction can generate persistent distortions– at high cost to society.

My colleague William Chan and I recently completed a study quantifying the impact of public housing tenancy on labour force participation and unemployment using regression analysis. Working with data from the Census and By-Census Surveys from 1996 to 2011 and the General Household Surveys from 1993 to 2012, we found that male heads of households who were public renters indeed showed higher unemployment and lower labour force participation than renters in private housing.

In our analysis, we controlled for variations in the micro characteristics of the household, including head’s age, education, marital status, number of children, recent immigrant family, possess household wealth measured by homeownership, and whether he was living in an area served by the mass transit railway system; and also the current state of the macroeconomic business cycle.

We also included a time trend variable in the regression analysis to see whether the labor force participation rate and unemployment rate had increased or decreased over the period 1976-2011, after controlling for all the other factors. We discovered that there is a secular upward trend in the unemployment rate, which can possibly be attributed to increasingly generous welfare programs for the unemployed. This contrasts with a significant declining trend in the labor force participation rate, which is the familiar negative income effect of rising prosperity on work.

We found that in the sample of all households, male renters in the public housing system participated significantly less in the labor force compared to private renters, which is consistent with the idea that public housing reduces mobility and discourages labor force participation. The difference of 2.8 percentage points is certainly non-trivial.

We also examined a sample of households who had not moved their residence in the previous five years, as these households had made housing choices some time ago and were more likely to be constrained in making labor market decisions. We found that public renters in this group had an even lower rate of labor force participation compared to private renters, by 3.3 percentage points.

This finding was consistent with our expectation. Private renters are much less constrained on mobility: if they haven’t moved in five years, then it is probably because they do not want to move.

Public renters who had moved within the previous five years had the option to decline the offer from the government if they found the location too inconvenient, and to wait for the next offer. In that sense, they had a little more flexibility than those who had been public renters for years and basically were stuck with their initially assigned units even though their work place might have changed. This may account for the more negative impact of public rental housing tenancy on labor market participation among those who had not recently moved.

Thus, it appears that geographic immobility removes workers from economic opportunities in the urban center and reduces their chance of securing gainful employment, which raises their unemployment rate. Workers can also be so discouraged from participating that they drop out of the labor force, reducing measured unemployment. But if the former effect dominates, we should observe rising unemployment with greater immobility.

When we looked simply at public renters versus private renters, regardless of whether the individual had moved in the past five years, public renters consistently showed a higher unemployment rate – some 1.2 percentage points higher after controlling for other observable characteristics. Considering that the average unemployment rate in the data was 3.5 percent, the magnitude of this effect is very substantial. 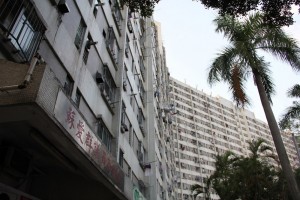 Similar findings were obtained by repeating the analysis using General Household Survey (GHS) data from 1993 to 2012. The results are similar, even the magnitudes of the estimated effect: public renters’ labor force participation rate was 2.4 per cent lower than that of private renters in the GHS data set, compared to 2.8 percent in the census data. The unemployment effect was even stronger than before, with the public renters showing a 2.4 percent higher unemployment rate, almost double the earlier estimate. On the whole, however, the GHS results broadly corroborate our census data results.

Hong Kong has the reputation as the “best city in the world for commuters.” Yet we found that tenancy in public housing status is associated with reduced labor force participation and increased unemployment. Considering that public renters accounted for almost a third of the population during the period covered in this study, a 3 percent reduction in participation and a 1.4 percent higher unemployment rate (among male workers) against an average of 70 percent participation and 3.5 percent unemployment are significant from a policy perspective.

One reason for this inefficiency, as we see it, is the rigidity of the public rental system. There is little mobility within the system, so public tenants are basically stuck in their assigned units over time, making it difficult for them to adjust to changing conditions in local labor markets. As a result, public renters must face increasingly long commutes to get to their work place, which reduces the incentive to participate.

Partly to tackle this problem, the government has introduced a transport subsidy scheme for low-income workers. It is also constantly expanding the coverage of the mass transit system. These initiatives may facilitate access of the work force to jobs even as the migration of the population out of urban areas continues, although our results do not show any significant positive effect of access to mass transit.

Yet, if the heart of the problem lies with the inflexibility of the public housing system, then a more direct remedy would be to allow greater mobility within that system. If public housing renters are allowed to move more easily across housing estates, then public renters will be less constrained by their residential status in their pursuit of labor market opportunities.

Of course, a bona fide market in public rental housing cannot happen because government would not allow it to happen. If a tenant pays government HK$1,000 in rent but then rents it out to another public rental tenant for HK$3,000, it would create immense embarrassment for officialdom.

Public housing needed to be privatised

Allowing a market for public rental housing units in fact requires the government to recognize the incumbent tenant has a property right to rent out the units he occupies. This essentially means the public housing stock has to be privatized – a move that would reduce the wastage and inefficiencies that public housing has created in labor markets.

With privatization, a retired public housing tenant could rent out his unit in the urban area where jobs are located and rent another former public housing estate unit in a remote location. Since the retired person would not have to go to work, he could travel on the mass transit railway at off peak hours, putting less pressure on the system.

Almost thirty years ago, my former colleague Liu Pak-Wai and I found the consumption of housing in the public rental housing program resulted in a huge amount of inefficiency due to misallocation – because well-off tenants were subsidized to consume too little housing. Even today, well-off tenants only have to pay double rent to continue staying in the public rental housing estate and are not prevented from owning other residential properties in the private sector. It is illegal for a public housing tenant to rent out his unit, but some do so clandestinely anyway, and in any case it is not always easy to prove that there has been a violation in court.

Dr. Richard Wong Yue-chim is Professor of Economics and the Philip Wong Kennedy Wong Professor in Political Economy at the University of Hong Kong. This is an edited version of his article published on his website www.wangyujian.com