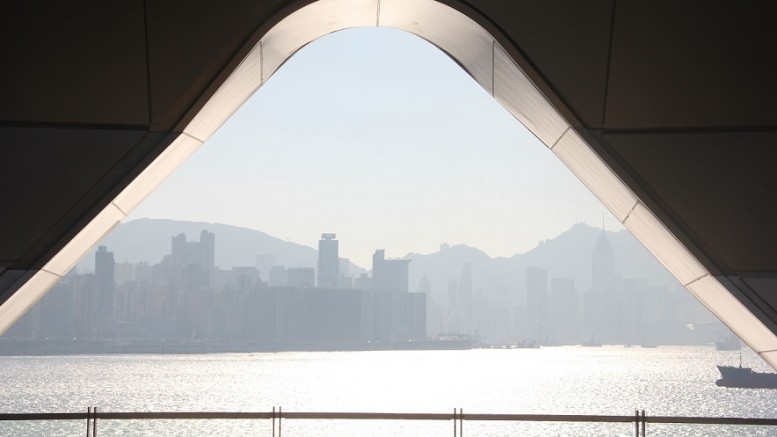 Hong Kong sees a boom of international non-governmental organisations after 1997.

International non-governmental organisations (INGOs) have a prominent presence in Hong Kong and have grown in number significantly in the last two decades. Our data shows there are currently 215 INGOs that have set up offices in Hong Kong, of which 150 were established after 1997. Of those 150 INGOs, 92 are transnational and 58 are cross-boundary in nature.

38.1 percent of the INGOs were established for “economic/social development assistance”, 17.2 percent were for “exchange, friendship and cultural programmes”, and 14.9 percent are for “disaster relief”. Our survey also indicates that for 36.4 percent of the INGOs, their primary function is related to projects outside Hong Kong, with Mainland China and Asia being their targeted places. All these show that Hong Kong serves as a gateway through which INGOs may carry out development projects in the Asian region.

Aside from being Asia’s travel and information hub, our data reveal two other favourable conditions possessed by Hong Kong: a predictable and well-functioning regulatory environment and ease of fundraising. Freedom of association means that NGOs of various missions can set up their offices in Hong Kong without undue government intervention. Many INGO directors we interviewed regarded Hong Kong as an ideal base from which to raise funds from both individual and corporate donors, thanks to the generosity of local residents and a high concentration of multinational corporations and local businesses. The registration of most INGOs under the Companies Ordinance and the Inland Revenue Ordinance means that they have to comply with the latter’s organizational and financial regulatory framework, thus also offering some level of transparency and public accountability and hence confidence to donors. 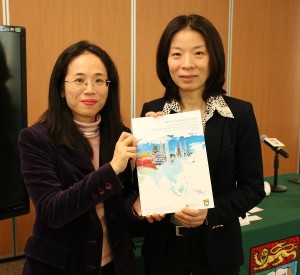 Our study has also provided data on the various means which define the capacity of the international sector:

Operations and governance capacity. The vast majority of INGOs are registered under the Companies Ordinance as either company limited by guarantee (79.1 percent) or other types of companies (8.37 percent). Some (5.12 percent) indicated they were registered as societies. The majority of the INGOs (88.3 percent) enjoy tax-exempt status through being enlisted as charitable organizations under Section 88 of the Inland Revenue Ordinance.

Just over half (56.7 percent) of the total income of the INGOs derived from ‘private donation and fundraising’ from the business sector and individuals, followed by ‘government funding’ (23.1 percent).

Information technology capacity. Websites were popular, with 92.7 percent of the INGOs surveyed maintaining a website of their own organization; 56.9 percent updated their websites on a regular basis. Digital means were used to promote programmes and activities by 93.5 percent, but less than half used them to organize other activities such as fundraising, recruitment or mobilization of members or volunteers, advocacy, etc.

Programme and planning capacity. 69.1 percent of the INGO respondents said they had a mechanism in place to evaluate the effectiveness of their programmes regarding output and impact. The major feedback mechanisms are discussing programmes with partnering organizations (74.5 percent) and directly consulting the stakeholders (67.3 percent).

Networking and advocacy capacity. The international sector in Hong Kong relies heavily on fundraising from the public and the business sector. The survey shows that the most commonly used means are: approaching local or international philanthropists for funding (48.6 percent), applying for funding from foundations (45.7 percent), and appealing to donors through the Internet (22.9 percent). Just under half (47.3 percent) maintained a list of regular donors; fundraising is achieved for 47.8 percent through using electronic means (the Internet, mobile phone or other digital means).

While the INGO offices raise funds in Hong Kong, they are not active in advocacy, still less in provocative forms of activism. The relative lack of interest in advocacy could be related to the fact that their focus is not on local issues, that the Hong Kong government is not their primary official target for lobbying activities, or that advocacy is not the mission of the offices in Hong Kong.

Marketing capacity. All but three of the INGOs surveyed have promoted themselves through various channels. The most common methods used are emailing and mobile phone messages, using their membership network, and utilising online social networking tools. These are viewed as effective or very effective promotional tools by 84.7 percent of them. Most of them (61.8 percent) have organized events or programmes for the target communities.

A typical INGO in Hong Kong could thus be described as follows. It would have a full-time staff of 6-7 people and a yearly income below one million Hong Kong dollars. Its main focus would be the delivery of service outside Hong Kong. It would not be active in delivering service or advocacy work for the local community. It would have a formal governance structure, have in place a set of public accountability mechanisms and mechanisms for obtaining feedback from stakeholders, evaluating their performance and maintaining their service quality. It would be well connected with the business sector but have little interaction with the government. Information technology would be used to a limited extent, mainly for promoting the organization and its activities.

To conclude, the prominent presence of INGOs in Hong Kong is closely related to its geographical location and political and economic setting. Historically, Hong Kong has received successive waves of migrants and refugees from Mainland China, which attracted many INGOs to Hong Kong for relief work. As a convenient travel hub situated at the heart of Asia, it serves as an ideal location for INGOs to carry out development projects in many developing countries in the region. The entrenchment of the rule of law ensures protection of civil liberties and provides a favourable legal environment for NGOs.

Last but not least, Hong Kong’s status as a global city provides various infrastructures enabling information exchange, networking and fundraising. At the same time, we perceive INGOs as valuable to Hong Kong in fostering global citizenship and providing platform for international exchanges in ideas, knowledge and practices on multiple fronts, all of which are pertinent to the characteristics of a truly global city.

This is an edited version of the conclusion of the Report on the Capacity of Civil Society Organisations 2014-15: International & Cross-boundary Non-governmental Organisations in Hong Kong conducted by the Centre for Civil Society & Governance under the University of Hong Kong’s Department of Politics and Public Administration. The full report can be downloaded from the department’s website.