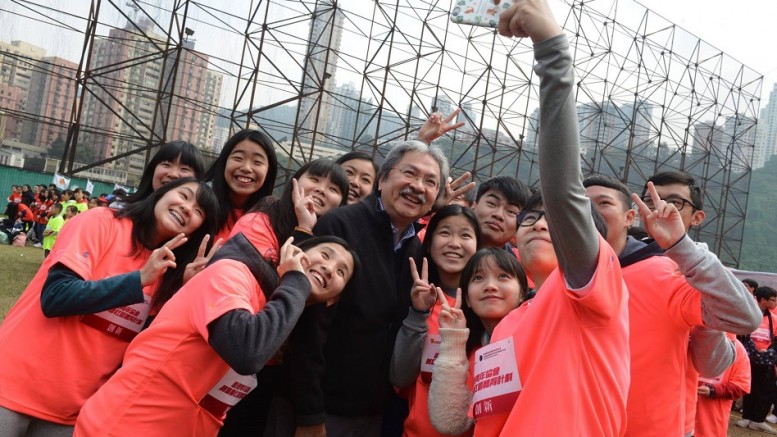 Financial Secretary John Tsang Chun-wah is no miser when it comes to mingling with the young people.

Anyone who are familiar with Hong Kong politics know there are two lines of thinking over finance management in the Government.

Another school of thought is that prudent finance management is a principle stipulated in the Basic Law. In view of the city’s narrow tax base, reserves will be depleted ultimately if spending continues over a long period of time without control. Hong Kong will then slid into structural deficit. Financial Secretary John Tsang Chun-wah is a champion of the latter line of financial prudence. He is the “miser” in the administration. But does that sound convincing?

Prudent finance and balanced budget are the cardinal principles of Hong Kong’s budget over a long period of time. There only five budget deficits between 1947 and 1997. But there have already been five budget deficits between 1997 and 2004, in just seven years. The ratio of public expenditure over GDP is rising. The treasury has seen surplus every year after the financial crisis in 2008. But public expenditure has not shrunk. What do those who are unhappy with the “miser” approach want the Government to do for handling the surpluses? Do they think the principle of balanced budget has become outdated?

Tsang’s budgets have been criticised for a lack of shining ideas. But the perspective of assessment on public accounts management, his performance record is hardly bad.

Chan King-cheung is a veteran journalist. This is a translated version of his regular column published in the Chinese-language Ming Pao on March 1.

Be the first to comment on "Is John Tsang a ‘miser’?"