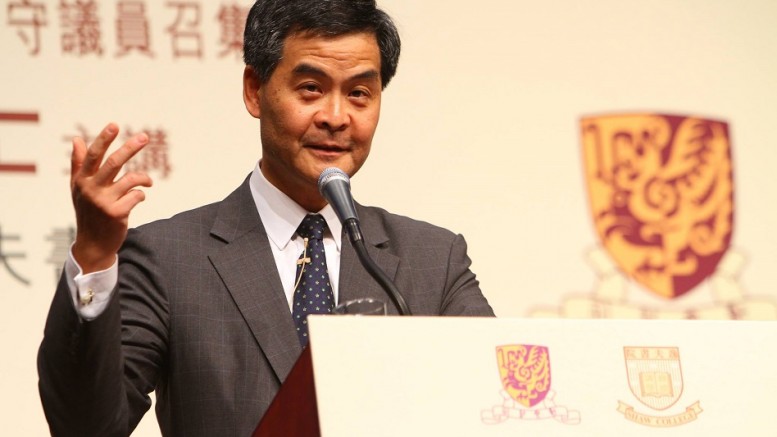 The civil unrest in Mong Kok broke my heart. The scenes of the news stories that night haunted me even up to now. Financial Secretary John Tsang said in his Budget speech he was perplexed and shocked that our society could have turned overnight into such a strange and alien place that he hardly recognised. He sounded as if the unrest was something out of the blue. I don’t think so. It is the gradual alienation of the community that breeds the hostility. Given the course of hostility development, there has been so little trust in Hong Kong, the turmoil and violence should be seen as something inevitable. It’s just a matter of when. Yet I do not condone violence. Violence will not solve any problems, not to mention the deep-rooted contradictions of this city.

I read from South China Morning Post about a social research back in 2009 — an international Civic and Citizenship Education Study. 3,000 students aged 14 were surveyed. These teenagers had strong feelings towards their future civic engagement. Many did not see themselves as disengaged but negatively engaged. In addition to conventional engagement, such as voting, students were also asked whether they thought they would engage in different forms of illegal protest in the future; like blocking traffic, occupying public buildings. Hong Kong kids back then were the most moderate comparing to the counterparts of Indonesia and Taiwan. Only around or less than 10 per cent of Hong Kong teenagers would resort to illegal forms of expression.

The 14-year-olds then are now already 21 or 22. Given the stark reality that discontent runs deep while trust wears thin, what is the percentage of this cohort of young people who would opt for extreme ways to express their views? More than 10 per cent or less?

Those students who have a poor relationship with their teachers and see the classroom environment as less open are more prepared to join illegal protests. In such classrooms, students seldom publicly express views that disagree with a teacher, or the teacher rarely provides alternative viewpoints.

Such negative classroom atmosphere, unfortunately, has scaled up to become the atmosphere of the Hong Kong society here and now. No wonder it has turned into a big social bomb of discontent.

People feel their voices not heard

Do you feel your voice being heard? Even very rational and mild adults would give you a resounding “NO”. Not to mention our young people. They have been most disillusioned when the Umbrella Movement failed to bring about “true democracy”. The tens of thousand young people protesting against the national education (curriculum,) only to find that the attempt in peddling patriotism and glorifying the Chinese Communist Party has never been stronger.. No wonder, the mention of knowledge of simplified characters gets on the nerve of so many. Alternative views will surely be dealt with high-handedly by CY Leung who has just one single reaction – militantly maximising the rift by pushing the differences to the corner.

Frankly, many Hong Kong people, especially those who love Hong Kong, feel desperate, helpless and disheartened. We can’t see hope and worse still, we feel unsafe. The disappearance of Lee Po, the bookseller, has sent cold sweat down a lot of Hong Kong people’s back. The official responses, especially those from CY Leung, are just insulting the intelligence of Hong Kong people. Young people feel angry and desperate at the rapid erosion of the respect between the two systems. Out of despair, they find the one country too difficult to swallow.

I am totally disappointed that CY Leung has point blank refused to set up a committee of enquiry to look into the Mong Kok incident. He may be too arrogant to admit there are other issues of concern on top of condemning the rioters. Or he is too afraid to look deeper that will eventually reveal his incompetence.

The President-elect of Taiwan, Ms Tsai Ing-wen, in her victory speech, gave her first instruction to her colleagues not to be carried away by the victory, but to serve with “humility, humility and humility again.” It is quite something for a presidential candidate to speak of humility after her handsomely commanding 6.98 million votes. We can imagine it is difficult for someone like Leung whose legitimacy only rests on 689 votes. The lack of legitimacy is and will continue to be the inherent problem. However, violence will not bring about the desirable change. It will sidetrack all the attention to how bad the violence is instead. You may be angry at the lack of insight of most the Hong Kong people. However, violence will not engage the indifferent majority but will estrange them further.

John Tsang advocated “love” and “reconciliation”. Hong Kong has been so badly divided that we cannot afford to dichotomise any further. It is easy to take side, but it is critically important to bring the opposing teams together. Who should send out the olive branch first? The high wall or the egg? The authority should have a bigger space and role to initiate the reconciliation. Echoing the first instruction of Tsai Ing-wen to her colleagues: humility, humility and humility again. Demonstrate your humility to listen to the different views. And also let’s share Martin Luther King’s word of wisdom; he said “social justice and progress are the absolute guaranters of riot prevention.”

Frederick Fung Kin-kee is a Legislative Council member, representing the District Council functional constituency. This is an edited version of his Letter to Hong Kong broadcast RTHK on February 28.