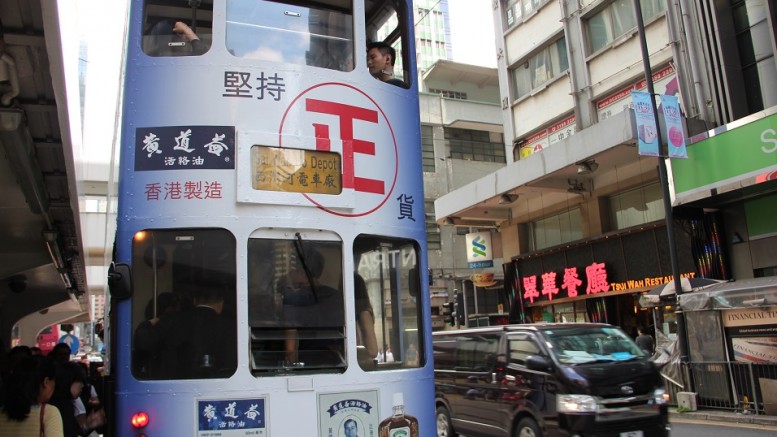 Electronic road pricing (ERP) had been on and off the Government policy agenda in the past few decades, and public consultation is being undertaken on a pilot ERP Scheme as a means of relieving worsening traffic congestion in Hong Kong, especially in the Central District. But can ERP really solve the gridlocks on our roads?

It should be obvious that charging vehicles for using the busiest roads in the District would divert some traffic and hence shift congestion to nearby roads not covered by the ERP. On the other hand, just as fixed penalty against congestion-related offences has failed to deter such offences, an ERP charge is not likely to discourage certain people from literally buying their way in. There is no lack of such people in Hong Kong.

As long as the number of cars in the territory continues to grow, it is only a matter of time when the non-charging roads will be clogged up as well. It might be unkind to liken ERP to cosmetic surgery, but it does call into question whether millions of dollars spent on ERP hardware, software and enforcement will effectively solve the problem of traffic congestion in Hong Kong, though the Government has pointed to the success of ERP in cities like London, Gothenburg and Singapore.

Indeed, the excessive number of private cars on the road was identified by the Transport Advisory Committee, in its “Report on Study of Road Traffic Congestion in Hong Kong” published last December, as one of the five recurrent causes of traffic congestion. Arguably the other four causes would be less or even non-problematic were it not for the uncurbed car growth in recent years. The total number of licensed vehicles rose by 31% in a decade since 2004, with a staggering 43.6% increase in private vehicles. Goods vehicles and public buses, which are often seen as the “villains” of traffic congestion, increased by only 2.7% and 6.2% respectively.

Hong Kong should be one of the cities in the world with low car ownership. The territory is small and well served by an efficient public transport network.  Fares for public transport are generally affordable with Government subsidy for “cross-district” commuters. Car parking spaces are limited and sold or rented at a premium.  Above all, the population is concentrated in the urban areas and people’s daily needs are conveniently served by facilities within walking distance.

Most private cars for personal or family use run relatively short trips.  The average size of the Hong Kong household, including a live-in domestic helper, is less than four persons. The average driving speed in 2013 (2014 figures disregarded because of the Occupy Central Movement’s impact on traffic) was only 21.4 km/h for Hong Kong Island and 23.5 km/h for Kowloon. Most urban roads have a speed limit of 50 km/h and North Lantau Highway is the only road in Hong Kong that allows a top speed of 110 km/h. These, together with the fact that car parking spaces are limited and anything but user-friendly, make it difficult to understand why people crave for private car ownership and why our roads are filled with so many large passenger vans, SUVs and super-fast high performance cars.

Compared to ERP, curbing the growth of private cars should be a quicker, more effective and simpler administrative tool to arrest the deteriorating traffic gridlocks. Such an approach would certainly be opposed by aspirants of private car ownership, car dealers and car park operators etc. Like the special measures taken by the Government to curb the demand for private housing, measures to control the surge in the number of private cars is likely to increase the Government’s unpopularity among certain quarters in the community, but the Government should bite the bullet and appeal to the wider community for support in the interest of Hong Kong’s sustainable development.

Many cities in Europe, the Mainland and the United States have provided public rental bicycles and dedicated bike lanes to encourage the use of bicycles as an alternative to private cars, not just to reduce road traffic congestion but also to promote a green urban environment and healthy living. Since Hong Kong people are so used to commuting in air-conditioned comfort, it will require immense efforts and a long time to persuade commuters to switch from private cars to bicycles, but this should not be an excuse for not trying. Experience in cities like London, Berlin and New York has shown that Government perseverance and provision of the necessary infrastructure can gradually change the mindset and habit of city dwellers about the way to commute ( “Urban Planners learn to pedal harder”, Financial Times 14/12/2015). Hong Kong, as a “world class” city, should follow the examples of these cities even if it cannot lead.

Patrick Lau is former Deputy Head of Central Policy Unit, former Director of Lands and current Advisor to the Hong Kong Ideas Centre. He is a regular contributor to the Chinese printed and electronic media.

Be the first to comment on "Can electronic road pricing break our traffic gridlock?"