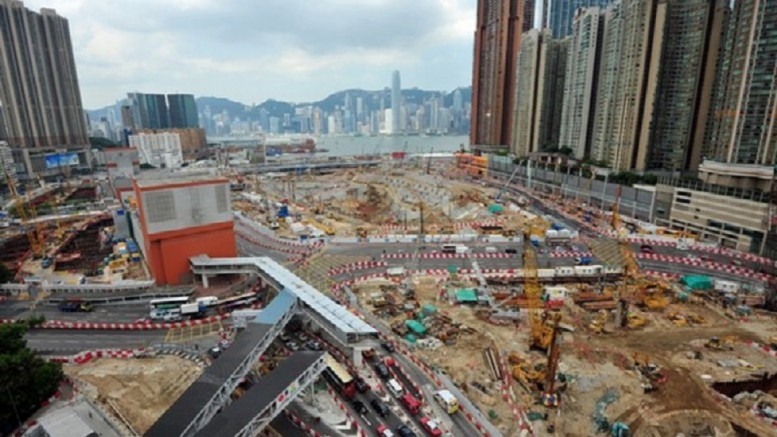 First, Hong Kong’s justice minister Rimsky Yuen Kwok-keung told his fellow citizens after meeting Beijing officials last month mainland cadres being allowed to enforce law in the West Kowloon terminus of the high-speed rail was “inevitable.” Although he did not elaborate, his message is clear: mainland enforcement of law in the SAR is not a question of if, but how.

His remarks has sparked fierce criticism from some quarters of the society, in particular the pan-democrats. They fear the city’s high degree of autonomy will be eroded if mainland officers are allowed to do so.

Then came a question-and-answer session on the controversial issue at a Legislative Council sitting on Wednesday. In his reply, Yuen gave more hints about how co-location of border control can be done “in accordance with the Basic Law.”

Citing Article 18 and Annex III under the Basic Law, he revealed they are exploring the feasibility of adding the relevant mainland border control law into the annex for it to be applicable in the SAR.

Under the annex, the National People’s Congress Standing Committee can only add national laws into the list under a set of procedures, including consulting a Beijing-appointed Basic Law Committee, which is comprised of both mainland and China-friendly Hong Kong members.

On its face, the Annex III option is arguably in line with the Basic Law for obvious reason. But it is clear whether co-location is consistent with the letter and spirit of the post-1997 constitution will inevitably cause a stir in the society.

Article 18 says laws listed in Annex III should be confined to those relating to defence and foreign affairs and matters “outside the limits” of the city’s autonomy.

Speaking on Thursday, a University of Hong Kong former dean of law Professor Johannes Chan Man-mun questioned the principle under which mainland law on border control could be applicable in the city under the Basic Law. He said the law should not be bent to facilitate a co-location system under the cross-border rail link.

Professor Chan is not the lone one who fears the firewall between the city’s common law legal system and the mainland’s socialist legal system will virtually crumble if a precedent case of unconstitutional application of mainland law in the SAR is set.

Mindful of the sensitivity of the option, Yuen has reacted cautiously to criticism that the idea went against the Basic Law. He said: “We should not say definitely at this stage the option is against the Basic Law or ‘one country, two systems.’ He said the crux of the matter is how to allow mainland officers to conduct entry and exit, customs clearance and quarantine in accordance with the relevant mainland law and in line with the Basic Law.

It is unclear whether the list of tasks mainland officers may conduct spelled out by Yuen is complete. That is crucial in the debate about the co-location in the future. This is because one of the worst fears among Hongkongers is that mainland officers will make arrests in the territory.

At a meeting with Chief Executive Leung Chun-ying, founder of the Path of Democracy think-tank Ronny Tong Ka-wah said he told him it would be acceptable if the powers of mainland officers were confined to border control, but not making arrest.

The “no-arrest” idea sounds pragmatic and sensible in finding a least objectionable arrangement for co-location. Like it or not, the fact is other ideas such as separation immigration control and an “on-board” visa inspection arrangement by mainland customs officers as proposed by Civic Party legislator Dennis Kwok do not appear to be viable economically and practically.

But now that the issue has been elevated to the hyper-sensitive plane of “one country, two systems” fraught with mutual mistrust and suspicion, any co-location arrangement that is seen not in the spirit, not to mention the letter, of the Basic Law will be greeted by scepticism and resistance in the society.