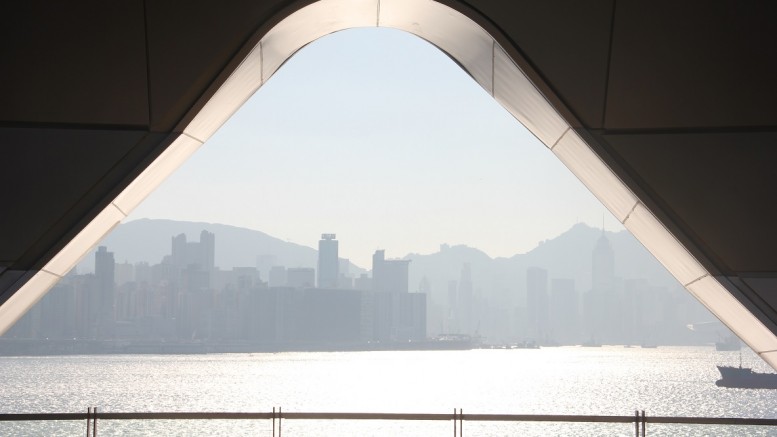 Is Hong Kong no longer shining?

Much of the debate in Hong Kong about our future evolves around a major theme: How far should we embrace China?

People close to the mainland are always saying that Hong Kong is losing her edge over other mainland cities like Shanghai and Beijing. The only way to get around it is to merge as much as possible with the master economic plan of Mainland China. To them, the future of Hong Kong depends on how much we become part of China.

On the other hand, many Hongkongers are quite disturbed by the greater presence of the mainland including the surge of huge numbers of tourists and wealthy property buyers. Could the familiar Hong Kong be disappearing?

What is more alarming is the loss and deterioration of the core values of Hong Kong. In the recent controversy surrounding the appointment of the Pro vice chancellor of the University of Hong Kong, thousands of alumni came out opposing the decision by the university council.

The saga now extends to another university, the Lingnan University. Leung Chun-ying had recently nominated two members with very strong political stance. One is a member of the pro-establishment Democratic Alliance for the Betterment and Progress of Hong Kong. The other is a lawyer. Both were very outstanding in smearing the Umbrella Movement and being the opponents of the democratic camp.

The recent rating of the Heritage Foundation’s 2015 Index of Economic Freedom still puts Hong Kong top on the list. China ranks 139, falling behind countries like Papua New Guinea, Cambodia and Mozambique. The score of Hong Kong has declined by 0.5 point since last year, and the Foundation said this reflects “ a higher level of perceived corruption that outweighs small improvements in business freedom, labour freedom, and fiscal freedom… Although Hong Kong maintains features of an economically free society, economic decision-making has become more bureaucratic and politicized, and the government’s administrative scope and reach have expanded. Recent political events appear to have undermined public trust and confidence in the administration”. We are worried about our future: not about how good we are in merging or integrating with the Mainland China, but how we are losing our precious competitive advantages we have been so proud of– such as the respect of the rule of law; transparent government; freedom of speech and press; anti corruption measures and a strong adherence to system.

To add to the list, Hong Kong ranks first in the World Development Index, rated by the World Economic Forum; and second on the list of the ease of Doing Business Index by the World Bank. These ratings serve to illustrate that Hong Kong always has the ability to compare favourably with most developed areas in the world. Our competitive advantage lies in our open society, freedom of press, rule of law and lack of corruption that made Hong Kong a favourable choice for the international community.

However, we are certainly losing our edge rapidly. In Legco this week we debated and voted on the motion of “Extending the application of Sections 3 and 8 of the Prevention of Bribery Ordinance to the Chief Executive”. The motion moved was in fact following the direction of recommendations made by the Report of the Independent Review Committee for the Prevention and Handling of Potential Conflicts of Interests, headed by former chief justice Andrew Li Kwok-nang. The committee was set up in 2012 after news reports about alleged corruption of the past Chief Executive, Donald Tsang, through favourable treatment by wealthy mainland businessmen.

In fact the situation is getting worse. News broke out last year that the present Chief Executive, Leung Chun-ying had received 4 million pounds from an overseas company in concluding a take over deal, of a company named DTZ, which he partly owned, with a promise to observe requirement from the company to protect their interests. There has not been any progress or news about the investigation of this incident. This is very likely to drag on. And the price that the people of Hong Kong is going to pay is our reputation as a corrupt-free city and our trust of the government.

The motion was vetoed as expected. It is sad to find that people in Hong Kong are seeing more, and perhaps forced to accept malpractice and corruption. The 2014 Corruption Perception Index ranked Hong Kong 17, down from the previous year. Could we become more like China in this aspect?

Another falling rating that worries us is that of Press Freedom. Hong Kong ranks 70 in 2015 World Press Freedom Index, down from 61 last year and 18 in 2002. We are seeing more self-gag and control of media from investors closely linked to mainland. Press freedom has become a rarity and a luxury in Hong Kong.

Yes, we are getting close to Mainland, at least in the indices that I just mentioned on press freedom and corruption perception. Are we happy with that? I am afraid not.
The charm of Hong Kong lies in its freedom and vibrancy, its law and order, its efficiency and diversity. As Asia’s world city, we pride ourselves not only as a financial centre, but also as a hub for lawyers, entrepreneurs, movie-makers, artists, journalists and people from all walks of life.

This is an edited version of the RTHK’s Letter of Hong Kong, broadcast on Sunday, written by legislator Kwok Ka-ki, who represents the medical functional constituency.

Be the first to comment on "Let Hong Kong shine and be different from mainland, Kwok says"