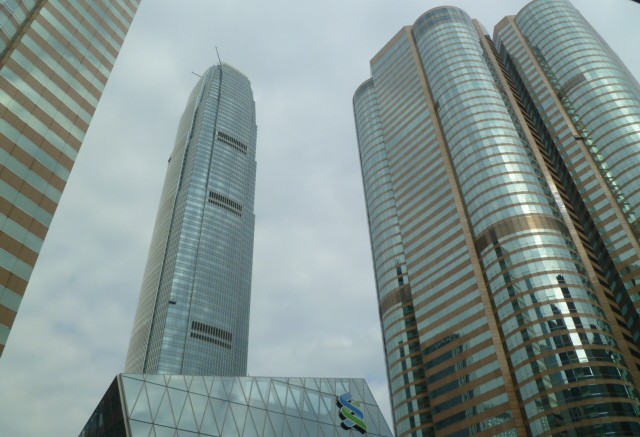 Hong Kong braces for more turbulence in the financial markets amid uncertainties.

2015 has hitherto been a turbulent year for global investment environment. Equity and currency markets experienced wild swings, especially in the third quarter. Some journalists juxtaposed the Exchange Fund’s third quarter investment performance with major market indices over the same period. MSCI World Equity Index sank 8.9%, S&P 500 was down 6.9%, and CSI 300 plunged by a staggering 28.4%. The Hang Seng Index lost 20.6%, marking its worst quarterly fall in terms of points and wiping out almost HK$2 trillion of market capitalisation. For hedge funds which prided themselves in being able to beat the markets, the HFRX Global Hedge Fund Index registered a negative return of 4.3% in Q3. The performance of the usually more conservative bond funds fared no better so far this year. The Barclays Global Aggregate Bond Index recorded a negative return of 2.3% for the first three quarters of the year.

Defend ourselves in a highly unpredictable market

At a financial services panel meeting in the Legislative Council this Monday, I said “In the face of such volatile financial markets, we are powerless…”  This is because market forces and adverse investment environment are something beyond our control. But that does not mean we have been sitting on our hands. Indeed, we have taken a number of defensive moves to mitigate the Exchange Fund’s loss.  At a post-panel meeting press briefing, I told reporters: “What we can do is this. If we are worried about a drop in bond prices because of interest rate hikes, we can hold more cash and shorten the bond duration. As to a strong US dollar, we can expand investments under the Long-Term Growth Portfolio.”

Indeed, in anticipation of a worsening investment environment, we have taken steps to enhance the resilience of the Exchange Fund in several areas. On asset allocation, we have reduced holdings of long-dated bonds and increased holdings of cash to mitigate the impact of interest rate hikes on our bond portfolio. We pruned our non-US dollar assets to soften the negative currency translation effect. We have also quickened the pace of investment diversification. The approved commitment to new projects under the Long-Term Growth Portfolio, which invests in private equity and real estate, increased substantially to almost US$9 billion in the first ten months of this year from around US$5 billion in 2014.  The Long-Term Growth Portfolio has been performing well, consistently achieving double-digit annualised internal rate of return since its inception in 2009.

It is because of these defensive moves and the conservative and prudent asset allocation strategy of the Exchange Fund that our loss was less severe than “the market” and many investment funds. I have emphasised many times in the past the Exchange Fund is not an ordinary investment fund. Its statutory function is to safeguard monetary and financial stability. However, you can get a feel of how devastating the market conditions were by looking at the performance of other professional investors. For example, the Mandatory Provident Fund posted a negative return of 9% in the third quarter, with bond funds losing 0.5% and equity funds 11.6%.

Norman Chan Tak-lam, Chief Executive of the Hong Kong Monetary Authority, wrote in the inSight column on the Authority’s official website. He was responding to public opinion after he announced performance of the Exchange Fund for the first three quarters of the year at the Legislative Council’s financial affairs panel on Monday. It is a translated version prepared by the Authority with slight edits by the VOHK.