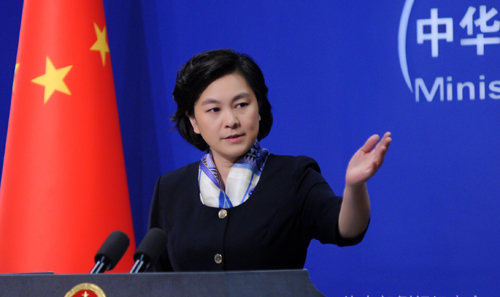 China’s two-pronged tactic to charm the Americans with economic benefits and to scare them with the show of military muscles aimed to force the US administration to adjust its game plan in Asia has failed completely, Lam Hang-chi, founder of the Chinese-language Hong Kong Economic Journal said.

In his regular column published on Tuesday, Washington has ignored Beijing’s angry response after a US guided-missile destroyer sailed close to one of Beijing’s man-made islands in the South China Sea in October. Following the issuing of a strongly-worded statement, the Chinese Foreign Ministry has summoned the US Ambassador to China to reaffirm Beijing’s position.

The USS Lassen’s patrol was the most significant US challenge yet to the 12-nautical-mile territorial limit China claims around artificial islands it has built in the Spratly Islands archipelago.

Lam wrote that Washington has made no secret their ambition of “a return to Asia.” But instead of attempting to solve the conflicts with the US at their root levels, he said Beijing has tried to “lure” US businessmen with economic benefits for them to put pressure on the administration to alter its Asia policy. “The tactic is a complete failure,” he said.

Chinese enterprises have struck multi-billion-dollar deals with US firms during President Xi’s state visit to the country last month. The Chinese government has also offered preferential policies for American firms to invest in the mainland.

Meanwhile, the Chinese Communist Party has held a military parade at the heart of Beijing on September 3. A full range of advanced military weapons including long-range missiles were on display aimed to assert the country’s progress in their military might.

The US and its allies, in particular Japan, have deliberately ignored Beijing’s move as if it was no big deal, Lam said.

Faced with the fresh US naval move, he said Beijing could only lodge protests again and again.

While trying to avoid direct military confrontation with the US and its allies in the region, Lam said the question of how to adjust its strategy in South China Sea and to respond to the Philippines’ move to take the territorial dispute to international court in Hague would be the most pressing and difficult issue on Xi’s agenda.

Excerpt of Lam Hang-chi’s article was translated by VOHK staff.

Be the first to comment on "China’s game plan to counter US Asia policy a failure, Lam Hang-chi says"