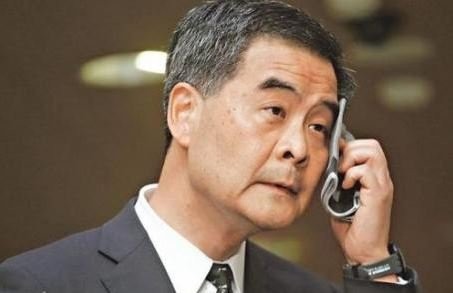 Forget about the talk about what the political terms “separation of powers” and “superior status”, the heart of the heated row over the remarks by Beijing’s top man in Hong Kong Zhang Xiaoming can be boiled down to two words: power and control.

Speaking again on the controversy before he departed for a trip on Wednesday, Chief Executive Leung Chun-ying reiterated the city does not have a system of “separation of three powers.” This is because all the powers in Hong Kong were delegated by the central government through the chief executive, he said. Therefore, Leung added, the chief executive does enjoy “superior” status.

Leung’s remarks fall in line with a major statement contained in the State Council’s white paper on the implementation of “one country, two systems” decreed in June last year. The paper said the central government has “full jurisdictions” over the Hong Kong SAR.

There are two major reasons for Beijing’s reassertion of their supreme authority over Hong Kong and relentless efforts to correct what they deem as “misunderstanding” of Hongkongers over the power structure under the “one country, two systems” framework.

At the mainland-Hong Kong level, the growth of nativism movement and pro-independence sentiments in the city has rubbed the most sensitive nerve of the central authorities. The success of the student-led campaign against national education curriculum in 2012 has shocked Beijing. It is seen as just another case of Hong Kong people further alienating from the motherland and the notion of “one country.”

It is widely understood that mainland and Hong Kong officials are worried about the “new normal” political play by some pan-democratic legislators filibustering in the scrutiny of bills such as the formation of innovation and technology bureau and the annual Budget.

They are also believed to feel increasingly dismayed with the way courts have been uncooperative in their handling of judicial review over government policies and decisions. A case in point was a comment made by Anne Chiang Lai-wan, a pro-Beijing legislator, against some court rulings of cases that involved Occupy Central protestors. Chiang has said: “Police make arrests. Judges set them free.”

Remarks made by Zhang over the three power branches and the “superior” status of the chief executive are aimed to put pressure on the legislative and judicial arms not to overreach to what they deem as the executive branch’s territory.

By doing so, they are hoping the executive authorities led by Leung would be able to function as a “strong executive-led” government as they said they have envisaged in the Basic Law.

Seen from that light, the debate about “separation of powers” and “superior status” is no academic talk, but a political tussle initiated by Beijing to try to attain an “executive-led system” led by a strong chief executive.

But with powers already given to the legislature and the judiciary, it is simply legally not possible for the chief executive to be able to override the other two branches.

Politically and morally, a chief executive with a thin base of support (Leung was elected by a 1,200-member panel) and integrity in doubt is in a weak position to claim superior status.

The more Beijing talk about Hongkongers’ misunderstanding of the constitutional and political set-up in Basic Law the more they have exposed their own lack of understanding on why the post-1997 government fails. If the diagnosis is wrong, the treatment cannot right.