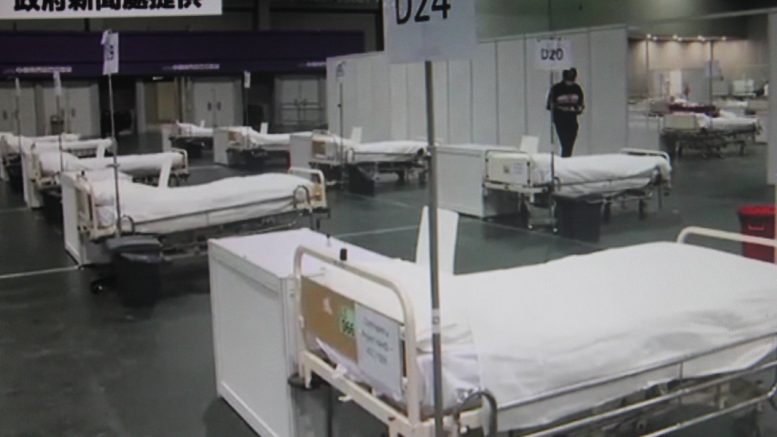 The Government and the pro-establishment camp shot themselves in the foot as they sought to gain political mileage by asking for help from Beijing to avert the new wave of Covid-19 outbreak in the society.

And in their swift response to the plea, the central government has ironically helped expose the incompetence of Chief Executive Carrie Lam and her team and their deplorable failure to rally the people and resources of the city’s medical and healthcare sector in battling against the pandemic.

At a time when mainland-Hong Kong relations are fraught with tension and hostilities, a request by the Government and pro-Beijing politicians for Beijing to come to the rescue has needlessly caused a stir among the populace.

Not surprisingly, calls for seeking Beijing’s helping hands have sparked jitters over its ramifications. Some local doctors, who have been criticised for protectionism over the practicing  requirements for overseas doctors in local hospitals, are said to have expressed concerns about the idea of parachuting a fleet of mainland doctors in local hospitals. They cited language barriers as an obstacle in teamwork. Netizens also pointed to privacy protection if specimens of Covid-19 tests are being sent to the mainland laboratories for testing.

Despite the increased political sensitivity of the China factor in the coronavirus crisis, that has not deterred Beijing, the Government and the pro-Beijing force from attempting to score political points by playing another round of “Beijing-save-Hong Kong” gamebit.

The political game proved to be a great success in the post-2003 Sars crisis when Beijing allowed more mainland visitors – with their renminbi – to visit Hong Kong to spend and spend and spend. The city’s economy saw a quick economic recovery.

The economic-aid strategy of Beijing, however, no longer worked as it had been in recent years. But that has not dampened the temptation of the mainland and Hong Kong authorities and the pro-Beijing camp to put their bet on the nation’s capability in handling the pandemic.

Voices have started to surface from the pro-Beijing circle asking for Beijing’s help last week. On Saturday, leaders from the Democratic Alliance for the Betterment of Hong Kong (DAB) and Federation of Trade Unions (FTU) met with a deputy director of the central government’s Liaison Office.

They put forward six suggestions on ways the mainland could help the city avert the public health crisis. They include cooperation between private medical institutes and testing laboratories in the mainland so that specimens collected in Hong Kong can be tested across the border.

In a report carried in the pro-Beijing Wen Wei Po, the DAB and FTU leaders said they worried that the Hong Kong government would not be able to bring down the number of infections if they were not given helping hands.

In a seemingly orchestrated political PR campaign, both the Liaison Office and the Hong Kong and Macau Affairs Office issued statements respectively on Monday with the same theme and rhetoric. They claimed people from different walks of life have expressed hope that the central government could provide assistance to Hong Kong.

The HKMAO claimed the demand for testing, the medical system and quarantine facilities have exceeded supply. It did not elaborate.

In a press conference on Monday, Chief Secretary Matthew Cheung revealed the Government has written to the central government for assistance, which includes the enhancement of the capacity for Covid-19 tests and the supply of hospital beds in Asia-Expo exhibition centre. But the deployment of mainland healthcare staff to the city is not on the agenda, said Cheung.

The blitz of propaganda of Beijing’s helping hand, however, has gone almost unnoticed in the media’s coverage. The focus of public attention centres around the newly announced social distancing measures, the toughest so far, that includes a ban of dining-in at restaurants and a must for people wearing face masks outdoors. The first day of ban saw people taking meals at roadside, parks and even inside toilets, whipping up a storm of criticism against the Government. The ban was lifted on Friday.

An elderly man takes a meal in a public place as dining-in is banned.

As people complained of the harsh measures, the question of who is to blame for the fresh Covid-19 attack has and will be asked. All fingers have and will point to Carrie Lam and her team for the apparent loopholes in the Government’s exemption of quarantine for a list of visitors into Hong Kong such as seamen in the past few months. Public health experts have cited evidence to show the exemption policy has opened the door for the new virus outbreak.

The next question then is: who keeps Mrs Lam on the job ignoring the fatal mistake she made in the mishandling of the now-shelved extradition bill? Not to mention the question of why many people still call Covid-19 Wuhan virus.

It is a case of political naivety if Beijing, Mrs Lam and the pro-Beijing camp seriously believe Beijing’s helping hands could repair the damages inflicted on the hearts and minds of Hongkongers. Worse still, the propaganda overkill will backfire onto their feet.