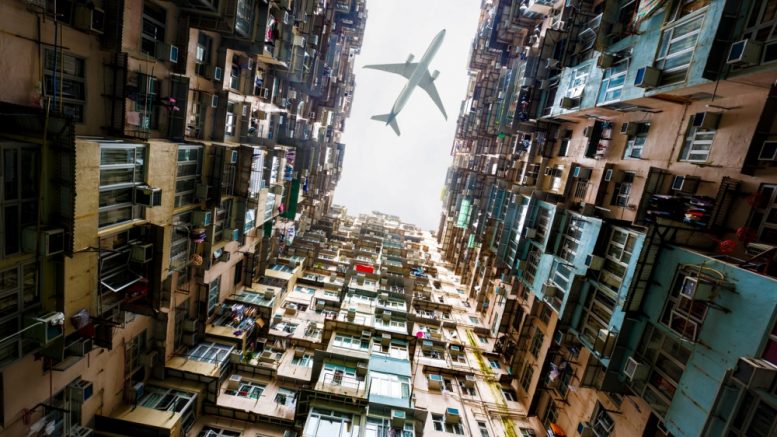 When Hong Kong was handed from British to Chinese rule 20 years ago in 1997, nobody knew what a “green group” was. Almost nobody recycled, bought organic groceries, or checked daily pollution ranking on an app. Or, for that matter, knew what an “app” was.

The very physical city was different, with sea breezes from Victoria Harbour wafting up to City Hall. The airport was not a gleaming facility on Lantau Island, but wedged between crowded tenements at Kai Tak. West Kowloon – now home to ICC, Elements and a budding cultural district – was a plot of dirt. And to go to Disney, you had to fly overseas.

Hong Kong’s population edged up from 6.5 million to 7.3 million in two decades. But a much larger impact on the city was the opening up of the border with China. Annual cross-border trips boomed from 2.3 million to 42 million. Today, countless crowds commute daily into Hong Kong for school, work, or just plain grocery shopping.

To accommodate those extra people, vehicles jumped from under 500,000 to more than 750,000. And to accommodate all those extra vehicles, there are now more than 2,100 kilometres of road, as opposed to 1,800 before. The number of MTR stations has grown from 38 to 93, with one of the world’s top-ranked subway systems reaching from Ocean Park to the University of Hong Kong, from Kwun Tong to the China border.

With those physical changes also came a greater concern about – the quality of the air we breathe, the water we drink, the food we eat, and design of the neighborhoods we live in.  It was at about the time of the handover that a small number of people began to grow the city’s green movement.

Christine Loh Kung-wai, a lawmaker whose terms in the Legislative Council covered both British and Chinese rule, was one of those people. In 2000, she left politics to co-found a public policy think-tank called Civic Exchange, along with researcher Lisa Hopkinson. (Loh ended her term as the government’s Under Secretary of Environment on June 30).

Since those early days, Civic Exchange has helped pioneer environmental tools like the Hedley Index ttp://hedleyindex.sph.hku.hk/html/en/ and enacted major changes to both corporate and government behaviour, in fields like ship emissions.

The handover anniversary coincides with a new change of administration, as Carrie Lam Cheng Yuet-Ngor takes office as chief executive. She does so at a time when society is increasingly aware of issues like air pollution, water scarcity, global warming, and the protection of our green spaces.

Speaking to experts working with Civic Exchange, we offer these policy recommendations for the new government, so they can run Hong Kong as a better city with better public health.

In May, Civic Exchange and the City University of Hong Kong publicized a research project which used a newly designed sensor to track individuals’ exposure to PM2.5, a type of particle that is particularly dangerous to health because it is small enough to be breathed deeply into the lungs. The technology used for this pilot study was only the beginning in what we hope will be long-term development of tools and apps used to track both indoor and outdoor pollution.

In the important field of air pollution, we recommend that the government should:

– Further tighten the mandatory sulphur cap of marine fuel for ocean-going vessels when berthing in Hong Kong from 0.5% to 0.1%.

In May, Civic Exchange and ADM Capital Foundation published “The Illusion of Plenty,” a report examining water security in Hong Kong. It focused on local challenges, such as leakage, an out-of-date tariff system and high per capita consumption, as well as exploring regional considerations, largely surrounding the HK$4.2 billion deal with Guangdong that provides up to 80% of the city’s water. The report sparked debate about the sustainability of Hong Kong’s water system. Civic Exchange and ADM experts had the following recommendations for the new administration and the Legislative Council:

– Formulate a broader water policy that ensures the integrity and resilience of Hong Kong’s entire water system, from source to tap

In the past year, Civic Exchange has launched major initiatives around both walkability, and the use of public open spaces like parks. Here are ways we feel the government could improve neighborhoods for pedestrians and residents:

– Find solutions for Hong Kong’s waterfront, a prime piece of property along Victoria Harbour, and one of the few places left downtown where significant green space can be built

– Establish an Energizing Central Office – similar to the efficient Energizing Kowloon East Office – which can be used to find localised solutions to the area from Tamar to Western Market, and  up to Tai Kung, the historic former police station on Hollywood Road

– Stop eco-vandalism on land reserved for conservation and agriculture, with enhancement of enforcement powers and resources

– Expedite investment in new rail, including the North Island and East Kowloon lines

– Given the recent debate over both protected country parks and urban green spaces, establish a broad advisory committee on land supply strategieswith members including representatives from professional institutions and concern groups

Much has changed in Hong Kong over the past 20 years, including a drop in some types of air pollution despite an increase in people and cars. Hong Kong residents can also pat themselves on the back, for one of the world’s highest usage rates of public transportation. However, many challenges remain, including pollution and overcrowding. The government needs to act quickly and intelligently, if we want to keep Hong Kong green 20 years from now.

Be the first to comment on "Green Hong Kong – Past, Present, Future"