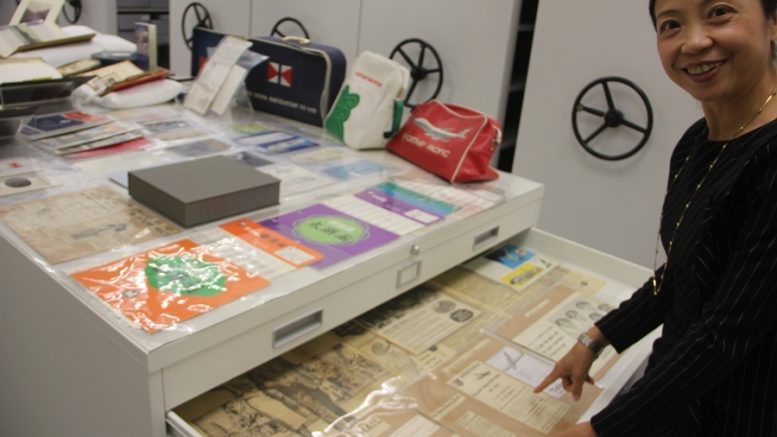 Every face tells a story, so does a company. The story of Swire, officially John Swire & Sons, is more than that. Founded by John Swire in 1816, the British company moved to China in 1866, set afoot in Hong Kong in 1870, 28 years after the British colony was open to trade. First started with trade, shipping and sugar, the evolution of one of the oldest British hongs into a giant of property, shopping mall and aviation businesses has testified to the breath-taking changes of Hong Kong. First started with secretarial and corporate communication work, Bonnie Sze was given a new task in 2011 – collecting the past of Swire as a record for the future. She is now head of the Swire HK Archive Service, located at an industrial building in Quarry Bay, where Swire’s Hong Kong story began one and a half century ago.

Sze said in an interview with CitizenNews, an online media outlet: “Archives are the corporate memory of a company. It documents the successes and failures, opportunities and challenges in the past, which are valuable assets for the future. We have to keep them for the future generations and access by the public.

“We grow in tandem with Hong Kong. We have social responsibility of keeping our records well to return to the society.”

The idea of setting up an archives office was broached in 2011 when the company began to contemplate celebrations of their 200th birthday and the anniversary of their 150 years in Asia. Comprised of a long list of companies, it also makes sense from the administrative point of view to centralise the management of records.

Swire’s headquarters in London began keeping records systematically from 1970s. The School of Oriental and African Studies in University of London has set up an archives for Swire, which are accessible to the public.

While managing records for their own purpose, Swire Hong Kong is also making their archival service open to the public. There are more than 1,000 visits to their office last year, including students, academics and ordinary citizens. Some were conducting research on the city’s history ranging from sugar industry, shipping development to historical buildings. 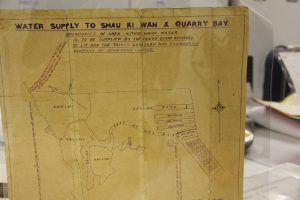 Map of the area in Quarry Bay under a water supply agreement between the colonial government and Swire.

With an office space of about 4,000 feet and six staff, the Swire archives keep minutes of meetings of executives and a list of interesting items about its colonial past. It contains old pictures of the then Swire shipyard, which is now home of Tai Koo Shing residents and a sketch of the areas under an agreement between Swire and the then colonial government on water supply. Under the agreement, Swire was held responsible for managing several reservoirs to supply water to their staff and residents in the area.

Swire made a milestone decision in 1948 taking up 45 per cent of Cathay Pacific, now the city’ flag-carrier. The name of Cathay Pacific’s first plan, Betsy, is now name of the airline’s brand beer, launched in March. Back then, Betsy was a warplane during World War ll. An American and an Australian bought the plane in 1946 and registered Cathay as an airline for HK$2. The collections include a lane ticket to Sydney in 1948 at a price of HK$2,200, which was a lot in those days. The Swire archives also have a logbook of a Cathay pilot named Vic Leslie. Based on further research and confirmation work, records on his logbook show he flew some of Gandhi’s ashes to Singapore via Rangoon and Bangkok on March 15 1948. 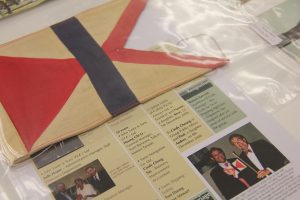 Among the collections is a pennant of Swire in its three brand colours: white, red and blue, which tells the story of a tradition of the British hong. Traditionally, the pennant is being kept by the longest-serving staff. The task of finding out when exactly the tradition began is still a case of work in progress. The “retired” pennant contained in the archives office was transferred by the then Staff Director, Hunter Crawford, in 2012 when a new pennant was produced. According to Crawford, “the oldest, longest serving member of House Staff in employment in the Far East has throughout Swire history been given the honorary title of “Commodore” and is permitted to display the Commodore’s pennant in his office. At his retirement ceremony in 2015, Crawford handed over the pennant to Swire Pacific chairman John Slosar, who is now keeping the new pennant.

Sze said staff were supportive of the idea of keeping records, but some with mixed feelings. “Some may have a feeling of loss when they have to hand over their records and things to our office. We therefore have to explain clearly what we want and how the system works.

“We have hit a snag when trying to get the things we want. Staff of some of our own companies had seen us as an outsider (trying to take away things from them)…. It is important that the policy decision was made by the board and explained top-down.”

A newcomer to the world of knowledge about archives, Sze is taking a distance learning course on archives. She said his exploration into archives since 2011 has been a learning process about her own company and the importance of the value of records. “Records not just need to be kept. We need to know how to make good use of them.”

For enquiries about Swire HK Archive Service, you may write to archiveservice@jsshk.com