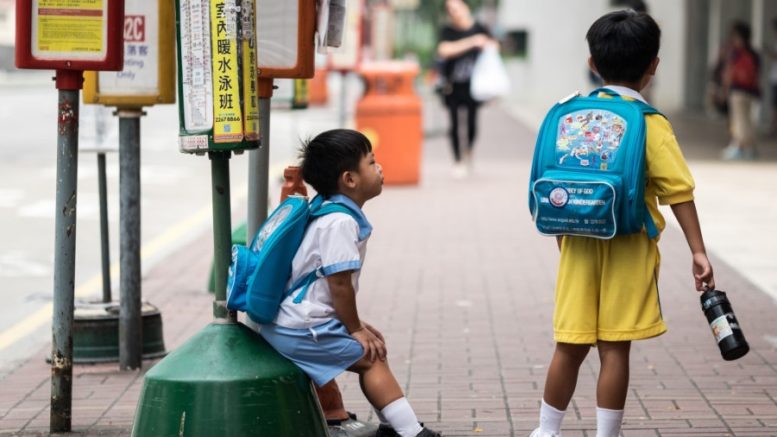 Faced with opposition from parents and teachers, the Government dropped the Territory-wide System Assessment (TSA) test for Primary Three pupils last year. Instead, a trial test for 50 primary schools was conducted. Claiming positive results of the test, the Government announced in January a revised version of TSA, now renamed as Basic Competence Assessment (BCA), for P3 pupils scheduled for this month.

Secretary for Education Eddie Ng Hak-kim described the enhanced scheme as an assessment tool with “high effectiveness, zero risk” and was drilling-free. He insisted the test was needed for an assessment on students’ learning. Parents and teachers are unconvinced and doubtful about the urgency of resuming the renamed TSA. They have called for a boycott of the test.

A survey by the Professional Teachers’ Union showed more than 70 per cent of teachers took the view that students would not be able to complete the test without long-time drilling. Following the Government’s announcement on BCA in January, some parents said they have already received notification from schools that they would hold BCA “enhancement” courses for pupils at the weekend. Mock BCA exams will be organised for “weak” students, they said. Their claims contradicted with the Government’s assurance that there would be no drilling for students.

The lingering doubts and opposition among parents and teachers against the TSA-turned-BCA show the results of the 50-school trial test last year have been futile in helping to resolve the dispute. Despite the Government’s claim that the feedback was “positive,” the process and details of the trial test were selected are unclear. Last year’s trial covered 50 schools and about 100 parents said to be invited to a focus group. Questions such as whether those schools and parents took part voluntarily should be clarified. Lack of transparency has bred doubt and distrust.

It is unclear on what basis Mr Ng feels confident that there will be no drilling. In reality, schools and parents are likely to continue drilling for students. Odilon Couzin, a member of the Hong Kong Parents Alliance, which opposed TSA, said: “If the (Education) bureau doesn’t allow drilling outside class, then schools may drill during class. If government schools don’t buy TSA materials, publishers would wipe out the TSA wording on their materials and continue selling it.”

The truth is that excessive drilling will still occur in one way or another even if BCA is abolished in favour of another method to assess students’ standards. It will not disappear unless schools, teachers and parents change their attitudes. Drilling is endemic in Hong Kong as long as schools are under pressure from their sponsoring bodies and teachers. Teachers will continue to drill their students, believing that serves the interests and builds up reputation of their schools. What Hong Kong education needs now is advanced teaching philosophies and practices.

Shortly after she was elected to become the next chief executive, Carrie Lam Cheng Yuet-ngor has said publicly the BCA test in May should be suspended. Her proposal was immediately rejected by Chief Executive Leung Chun-ying. Mrs Lam said she respected the current government’s decision. Their response has raised questions about whether they have engaged in a political football at the expense of the interests of students.

Both Mrs Lam and Mr Leung have promised to cooperate for a smooth transition. Mrs Lam has already said she will review the issue of TSA after she takes office. It is sensible and practical for the Government to suspend the BCA test in May to create a peaceful environment conducive to a calm and rational review of the assessment methods for students’ learning.