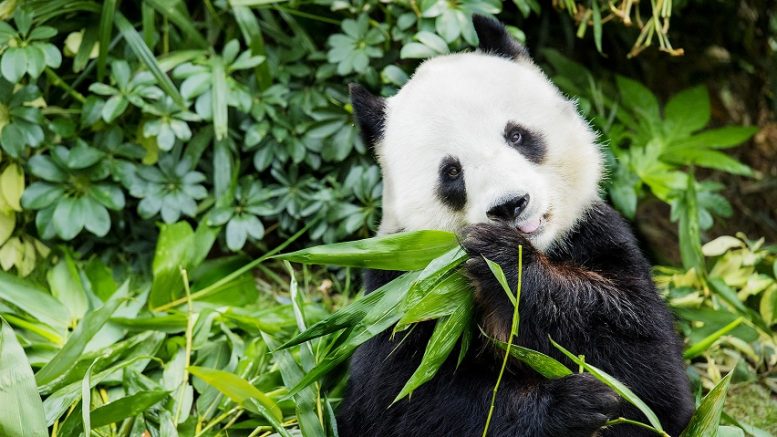 When the Chinese government offered a pair of pandas to Taiwan on the heels of its groundbreaking meeting with the leader of the island’s opposition party Lien Chan, it named the pandas Tuan Tuan (團團) and Yuan Yuan (圓圓), after ‘Tuan Yuan,” the Chinese word for reunion. Predictably, the pro-independence party that presided over the island at the time declined to accept the gift, finding unpalatable the meaning the pandas’ presence would imply Taiwan should warm up to the idea of reunifying with mainland as its people warm up to the adorable creatures.

China’s strategy of using the panda to generate goodwill with Taiwan was eventually allowed to work its magic a few years later, when Ma Ying-jeou’s mainland-friendly government came to power and admitted the pandas, a move that unleashed a nation-wide obsession with the endangered animal.

What I’ve discovered, however, is that panda diplomacy can work outside the range of Beijing’s calculations. As I ponder on what it means to be Chinese in a former British colony, for example, I find in the pandas at Ocean Park a handy vehicle to help me make sense my musings.

Like the Ocean Park pandas, who live in a enclosure that is a mere replica of a real forest, we Hong Kong people live in a territory that has so many of the trappings of a sovereign state. We have, among other things, our own currency and legal system – that it’s easy to live under the illusion that Hong Kong is a real country.

Our disenchanted youths, in particular, are probably no more aware that modern-day Hong Kong’s beginnings as a colony have thrust upon them the destiny of being an uprooted lot, any more than panda cubs born into captivity are aware they have been raised in complete isolation from their natural inhabitant.

The idea of being in touch with one’s roots is a difficult concept to grasp if all one has ever known is the condition of being displaced from one’s ancestral land; not only does one lack roots, one lacks even the awareness that one lacks roots.

In my case, it was not until I took leave of Hong Kong – spending three years studying in the UK and another ten more working and living in mainland China – that I came to develop a longing for a country I could without qualifications call my own. 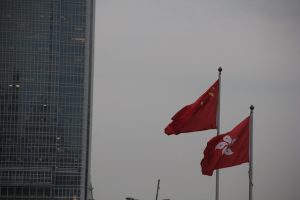 Outside Hong Kong, my identity itself became ambiguous. Time and again I noticed it was whom I was with that determined who I was: in the company of Westerners I felt Chinese, but in the company of the Chinese I felt like a Westerner.

Take for instance the Dunkirk Miracle, which I first heard of while studying in the UK. In 1940, Hitler’s army were closing in on the French coast of Dunkirk, where Allied forces (the majority of them British) were stranded, when a British naval officer sent home a telegram bearing only “but if not,” a reference to the Bible’s Book of Daniel. Three young men exiled in the court of King Nebuchadnezzar declare to the king they’d rather face death by fire than bow to foreign idols, as they believe their God would deliver them. But if not – but if God decided not to save them – they’d still rather die than submit.

The import of the telegram – even if Britain opted not to send rescue, the forces would rather perish than surrender – was immediately apparent to the then church-going British public, who took “but if not” as a rallying cry for a nation-wide rescue effort. Together, they accomplished the formidable feat of rounding up 700 vessels (among them fishing boats and pleasure cruisers) to ferry almost 400,000 soldiers to safety within a week.

Who would have known a fragment of a sentence would have hidden in it so much horsepower, enough to unite a nation in an instant and galvanize its subjects into action? It hit me that one characteristic of people with deep roots is their forebears have amassed for them an abundance of literary texts, which can be summoned to rouse solidarity when their nation is in jeopardy.

I came upon another instance of “panda porn” in the form of Chinese calligrapher Zhang Chonghe’s (張充和) account of her emotionally-charged reunion with her former Peking University professor Tang Lan (唐蘭) in Yunnan after fleeing from the Japanese in 1939. Distraught at the perilous state of their motherland, they resorted to reciting in unison the Tang Dynasty poet Du Fu’s (杜甫） “Eight Compositions Written in the Spirit of Autumn” (秋興八首). The poem had special resonance for them, for Du, too, had fled southwards following the collapse of the war-torn capital of the Tang Kingdom, and had composed the poem to lament the loss of the world he had once held dear.

Seen side by side, the “but if not” story and Zhang’s report of seeking succor in Du Fu throws into the sharp relief the awkwardness of my position. My westernized education, acquired in the dying days of colonial Hong Kong, has created a seemingly unbridgeable cultural gap between me and my supposed motherland. While I can understand at a glance the context of “but if not” – I had, after all, been reared a daily diet of biblical instruction during my primary and secondary school years at an Anglican school in Hong Kong – I began my adult life knowing next to nothing about Du Fu.

“You’re a fake Chinese,” mainlanders would say to me again and again. A just label, I thought, for my ignorance of Chinese culture was so all-encompassing that I didn’t even bother to hide it.

My “fake Chinese” status didn’t prevent me from trying to place myself in China’s scheme of things, though. I could, for example, see myself in these words uttered by the former vice-premier Gu Mu（谷牧）in 1979, when scores of mainlanders were so desperate to escape from China that they were willing to risk death and swim to Hong Kong. Gu said: “right now many are those who depart to the other side. In the future, surely, those who come over to our side will be many. Together we should be steadfast (in reforming and opening up the country).” (現在往那邊跑的多，將來一定往我们這邊来的多。我們大家共同努力). 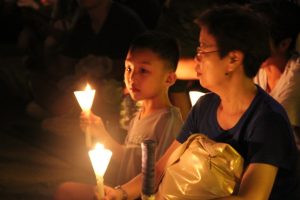 Because I was at the outset of taking it upon myself to learn about Chinese culture when I stumbled upon Gu Mu’s pronouncement, I found it prophetic and strangely moving: prophetic because here I was, some 25 years after he made the remark, on Chinese soil, making an effort to “come over” by loading up on China-related knowledge so that I could get through to mainlanders with greater ease; strangely moving because it was as if Gu Mu had caught sight of me and my particulars when he envisioned the flux of people journeying in reverse.

I’m not done with borrowing from the panda analogy. Last year, Ocean Park tried to make its resident female panda Ying Ying conceive. To maximize her chances of getting pregnant, her handlers shielded her from the prying public during the year’s mating season. I’m not so lucky. The struggle to warm up to China is susceptible to all sorts of derailment. An incident like the disappearance of the Causeway Bay booksellers, for example, can set me back at square one.

Nor has my quest to secure a sense of belonging fared any better. Having moved back to Hong Kong recently, I’m now a stranger in a strange land. A decade spent grappling with China has naturally left its mental footprint. To quote the Du Fu poem that had once so moved Zhang Chonghe, “Bygones days in that land remain a looming presence in my mind” (故國平居有所思) – I often catch myself thinking like a mainlander when I’m with Hong Kong people. Yet when I’m with mainlanders my Hong Kong way of thinking will automatically rear its head. The one thing I can be sure of is this: I’m still sentenced to straddling cultures.