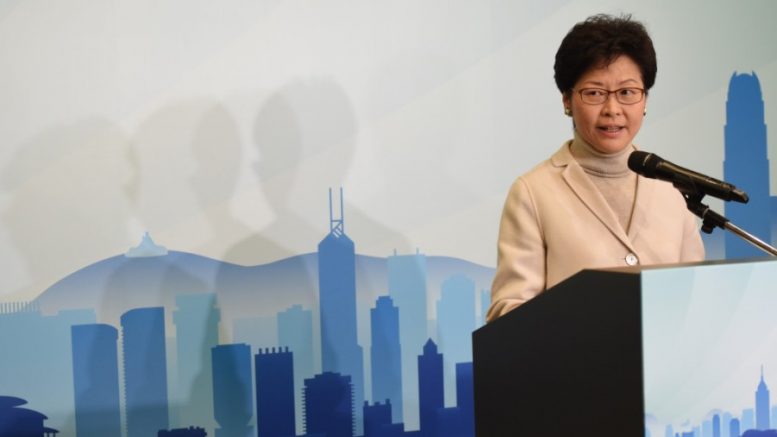 Thanks to the opaqueness of Chinese politics, the deeds and words of Chinese leaders, the seating arrangements in their meetings with Hong Kong’s Chief Executive, among others, have been the subject of much interpretation, or perhaps guesswork, by political pundits. (I do not pretend to be an exception).

The latest guessing game is about the number of days for Carrie Lam Cheng Yuet-ngor and John Tsang Chun-wah, who officially became ex-chief secretary and ex-financial secretary respectively yesterday, to have their resignation approved by the central government.

The speedier green light given to Mrs Lam’s departure shows, according to Ip Kwok-him, a leader of the pro-Beijing flagship DAB, Beijing’s preference to Mrs Lam for the post of chief executive. 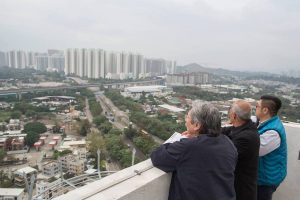 Ip’s interpretation is apparently shared by many in the pro-establishment camp, who have started talking up the chance of Mrs Lam in the contest for the top post, even before her main rival John Tsang has declared his bid. Tsang said yesterday he would give an answer to the question of “to run, or not to run” within days.

Their assessment, however, has not left unchallenged. One of them is Jasper Tsang Yok-sing, who is founding chairman of the Democratic Alliance for the Betterment and Progress of Hong Kong, Ip’s long-time comrade.

Jasper Tsang said Beijing would carefully consider the resignation of every principal official, including their work and replacement. He argued Beijing would have clearly said it out if they are inclined towards a particular aspirant.

Whether Jasper Tsang or Ip is closer to the truth is anybody’s guess, or in the eyes of the beholders.

But it is apparently clear that major forces in the pro-establishment camp have swiftly stepped up propaganda warfare to try to convey a strong message that Mrs Lam has already been chosen by the ruling Chinese Communist Party Politburo as the next chief executive.

And because of Beijing’s blessing, one theory floated by pro-establishment figures is that John Tsang may not even be able to get 150 nominations as required for him to become a candidate under the election law.

In a further attempt to thwart his entry into the race, some pundits suggested that any support from the pan-democrat members in the Election Committee to John Tsang would become a kiss of death. This is because, they claimed, Tsang will be seen as a “pan-democrats’ candidate” if he seeks nominations from them.

Taken together, it is clear that a renewed attempt is underway to frustrate the election bid of Tsang.

It is unclear whether the anti-Tsang campaign will work in view of the uncertainties including Beijing’s stance and tactic and the dynamics of different factions in the Election Committee.

But judging from the remarks by Wang Guangya, a key official in charge of Hong Kong affairs, on the upcoming election, there are reasons to believe Beijing is keen to see a real contest of political hopefuls for the hearts and minds of Hong Kong people.

In an interview with the China-funded Bauhinia monthly magazine published this month, Wang said: “The central government will closely observe each candidate, seriously analyse the principles and approaches of governance of each of them.

He went on: “(We hope that) the election is rational, healthy and constructive and that the Election Committee will be able to elect a chief executive who is trusted by Beijing and supported by the people of Hong Kong.”

The assurance of Wang that such substantive issues as principles and approach of governance matters sounds more relevant to the analysis of the differences between four days and 35 days. The conclusion of the latter can only be four days is shorter than 35 days. No less. No more.

More important, any deliberate or unintentional attempt to propagate the view that someone is already the chosen one even his or her election platform is still on the drawing board will only deepen cynicism towards the election.

With that, whoever wins on March 26 will suffer from the original sins and face more difficulties even before he or she takes office.

Chris Yeung, Chief Writer of CitizenNews, is founder and editor of the Voice of Hong Kong website. He is a veteran journalist formerly worked with the South China Morning Post and the Hong Kong Economic Journal. He writes on Greater China issues.