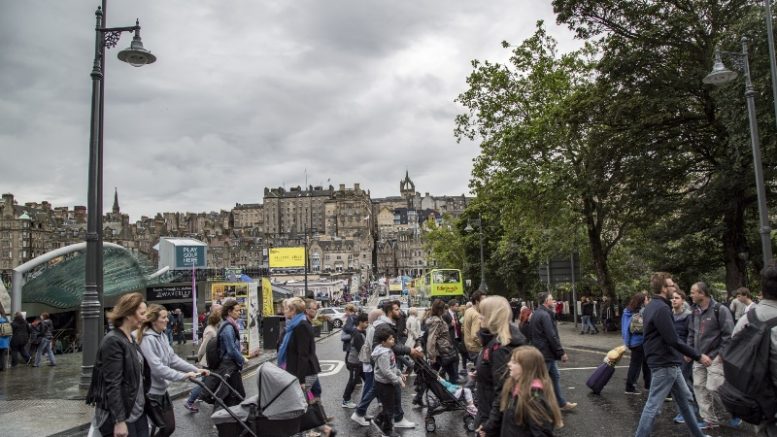 Hong Kong and Scotland are linked by empire. The legacy the Scots left in the former British colony transcends business, politics and trade – the southern district of Aberdeen in Hong Kong, for example, owes its name to a north-eastern Scottish port city. Edinburgh Place, a public square in Hong Kong’s central district, derives its name from the Scottish capital. Governor Murray MacLehose, a Scot, oversaw the development of the Hong Kong’s Mass Transit Railway system and the establishment of new towns such as Sha Tin and Tuen Mun.

Fast-forward to 2016 and the Scots are still involved in city planning. Their discoveries could be inspirational for Hong Kong urban planners. This will be but one of the many discussions on urban walkability at the Walk21 Hong Kong Conference at the Convention and Exhibition Centre this October 3 to 7.

Inspired by the Las Ramblas in Barcelona, the Boulevard Saint-Michel in Paris and Strøget Read in Copenhagen, the City of Edinburgh earlier this year unveiled its new 28 million British pound plan to revamp George Street with the aim of giving pedestrians and cyclists much greater priority, creating more space for shoppers and allowing cafes and restaurants to spill out on to the streets – continental style.

Proponents believe the makeover, expected to be completed by the end of 2022, can help boost the street’s image and increase its appeal to visitors as a multi-million pound facelift of the city’s east end takes place over the next four years.

Pavements will be widened and kerbs reduced to foster flexible “open plan” areas. Sections of the street are expected to be closed-off regularly for events and festivals in the summer and winter. A segregated cycling route will be introduced. To further reduce traffic flow, just one lane of traffic will be left open on either side of the street.

An idea such as this did not just come out of nowhere. It took meticulous planning and design, stakeholder involvement and pilot programmes. More importantly, it required a vision from city chiefs. In 2007, Edinburgh’s City Council approved a slew of initiatives under the City Centre Princes Street Development Framework which aimed to regenerate the site and drive pedestrian flow. The idea was to ban private cars from streets, extend pavements and reduce two-way traffic to one. 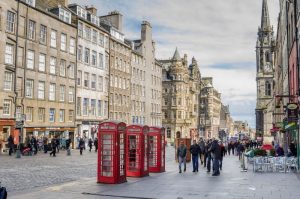 While most stakeholders welcomed the move, there were those who urged for an outright ban on all traffic, arguing that it should be used by pedestrians, cyclists and trams only. Compromises were made. The recent blueprint to revamp George Street itself was the result of a successful 12-month trial that begin in September 2014 to test how a dedicated two-way cycle lane, extra pedestrian space and a one-way traffic system for cars would work.

Hong Kong can take a lesson from Edinburgh’s book. And indeed, the city is making inroads into making its streets more walkable. The HKSAR government announced late last year that it would be trialing electronic road pricing congestion fees in Central and its surrounding areas. Two years ago, the Institute of Planners, City University, MVA Hong Kong and Civic Exchange put together an ambitious proposal to transform a swathe of Des Voeux Road Central into a tram and pedestrian-only zone. The proposal has received considerable public support.

Civic Exchange has long held the belief that well-planned cities which put the pedestrian ahead of the vehicle make for much more livable ones. Edinburgh’s city centre is a case in point. Join the discussion with a host of world-renowned scholars, experts, civil society groups and officials at the Walk21Hong Kong Conference on 3-7 October 2016 to learn more about what world-class cities are doing in the realm of “people first” planning. Already held in 16 cities around the world since 2000, this is the first Walk21 Conference to be held in Asia.

This is the fifth of a series of articles by Civic Exchange, an independent think-tank, in its joint programme with Walk21 for the Walk21 Hong Kong Conference scheduled for October 3 to 7, 2016. You may visit www.walk21hk.com for more details and registration.

Be the first to comment on "The Edinburgh vision: café culture, fewer cars, more walking"