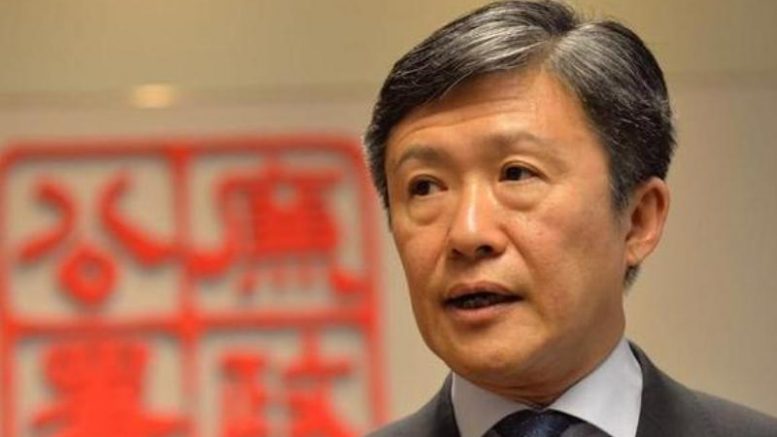 ICAC chief Simon Pei Yun-lu claims he alone makes the decision to terminate the acting capacity of Rebecca Li Bo-lan for the post of head of operations department.

In his attempt to rebuke claims that his decision to end the acting role of Rebecca Li Bo-lan as head of the operations department was politically motivated, Commissioner Simon Pei Yun-lu has done the opposite. He raised more questions than answers.

In a rare media briefing on the controversial top-level shake-up on Monday, Pei told reporters he decided to terminate Li’s acting role because she has failed to meet the job requirements after taking up the role for more than one year.

Pei did not elaborate what the job requirements are, citing privacy. Nor he gave a clue of in what areas Li has disappointed him.

For one who has risen to the senior post after she joined ICAC 30 years ago, it is a logical guess she had proved to be qualified for the top operations post. Barring unexpected developments, her formal appointment as head of the operations department had been seen as a matter of time. This is because Li was widely seen as a key figure in the succession plan of ICAC.

The surprise decision to give a fail to her job as acting head is hardly usual.

Given her professional knowledge and leadership calibre would have been tested before she took up the acting role, the only plausible guess is that the decision on her has been tinkered by politics.

Pei said he only notified his decision after it was made. Leung, he said, played no role in his decision.

It is probably true that Leung may not have personally interfered with Pei’s decision on Li. But the possibility of his close aides having told Pei quietly about his dislike of Li cannot be ruled out.

Speculation about political motivation behind the decision on Li has lingered in view of the prevailing doubts about Leung’s acceptance of HK$50 million provided by Australian firm UGL. As head of operations, there is no doubt Li was a key figure in the probe into the UGL case.

Citing unnamed source, the Democratic Party claimed Leung’s office and the office of the Executive Council have ignored a request from ICAC for information about the UGL case. Both Pei and Leung did not categorically deny the report.

Asked by reporters on Tuesday, Leung did not respond the claim that his office had not responded to ICAC for his assistance in the investigation. Leung argued he cannot respond to the claims because the law does not allow anyone who were involved to divulge details.

That Leung has failed to play a good model in assisting ICAC investigation makes a mockery of his pledge of transparency in his governance. By offering to provide any information ICAC investigators have asked for, he can silence critics he has nothing to hide.

By allowing doubts about the removal of Li and the probe into the UGL case to linger and, worse, to breed more suspicion, both Leung and Pei have inflicted damages to the independence of ICAC, at least in perception. With its image of independence tarnished, its handling of cases involved officials and political figures will become even more politicised and controversial.

Be the first to comment on "ICAC chief, Leung raise more questions in shake-up"