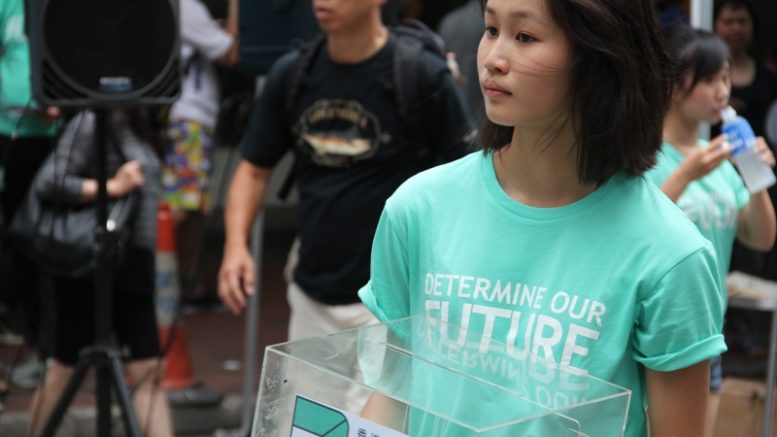 The turnout of the July 1 rally on Friday was markedly lower than those in the two previous years. There is a big discrepancy between the turnout figures given by the organisers (110,000) and the police (19,000) and HKU’s public opinion programme (23,000 to 29,000).

This year’s rally, as the last large-scale street political campaign before the Legislative Council election in September, should have shed some light on the upcoming polls. This is because various political groups have taken the opportunity to show their strengths and voice out their aspirations. But coming on the eve of the election, the July 1 march this year saw the lowest turnout since 2012.

Less people coming does not mean society is peaceful and stable. Half a million people took to the streets on July 1, 2003. The July 1 turnout in 2005 dropped sharply after Donald Tsang Yam-kuen became the Chief Executive. (Organisers’ figure was 21,000) Many people had thought public discontent had been eased. Street protests would have faded out. That is not the case.

More than 210,000 people joined the July 1 march in 2011, according to the Civil Human Rights Front, the organiser. Police’s figure was 54,000. The ups and downs of rally turnout depends a lot on the political atmosphere at that time; it is not an index of people’s support for the government and views on their performance.

New political groups have emerged after the Occupy Central movement and the Mong Kok clash. Many took part in this year’s July 1 protest. Based on their line-up and interactions with the protestors, some initial observations about them can be made.

The number of people those post-Umbrella Movement and pro-independence groups, which are all small in term of size, could mobilise to come out on July 1 has been small. Will they have sufficient manpower and mobilisation power in running for the Legco election?

Another major characteristic of these new groups is that it is difficult to tell their similarities and dissimilarities in economic and social issues. Up till now, they focused on political issues, without clear ideas on other policies. The election manifesto of political parties in the Legco election is not important because people understand well their elected representatives in the legislature are not supposed to formulate concrete policies. What they say they want to do in their manifesto has no significant meaning. But after they get elected, questions can be asked about their stance on economic and livelihood issues and whether they will band together to put pressure on the Government on certain policies.

The emergence of new political groups has changed the bipolar political scene featuring the pan-democratic and pro-establishment camps. But these new groups are diverse and tend not to disagree with others. It is difficult to tell what role they can play in the political scene.

Be the first to comment on "Post-Occupy groups make voices, yet to show strength"