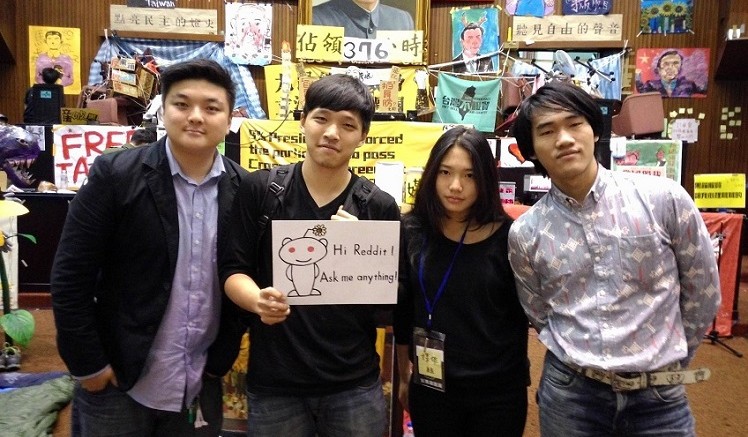 The Sunflower Movement ushers a new phase of mainland-Taiwan ties. It also inspires localism and pro-independence thinking in Hong Kong.

Beijing has copied the basic thinking behind its Hong Kong policy in its policy towards Taiwan. In short, it is a case of pursuing political encirclement through giving economic benefits. Through economic and trade preferential policies, the dividends generated from cross-Strait economic and trade ties will become the “carrot” to lure the political, business, media, arts and cultural sectors of Taiwan. Those sectors will become a “pro-China force” on the island and make an impact in elections. When former Taiwan president Ma Ying-jeou ran for re-election four years ago, some voters are said to have cast their votes in support of Ma “in tears,” which meant reluctantly. This is because although they were not happy with the governance of Ma they reckoned that he could protect their business interests in the mainland because of his good relations with the mainland.

Compared with Taiwan, the economic and trade integration between Hong Kong and the mainland goes deeper; even our strongest sector, namely financial industry, has become fully “mainlandised.” With the city heavily relied on the mainland that it has become a special administrative region under the central government, Hong Kong has no political bargaining power with Beijing. In that aspect, Taiwan is much “stronger.”

The idea of “one country, two systems” policy was first broached for the reunification of Taiwan. For convenience’s sake, it was first adopted in Hong Kong to resolve the reunification issue. Many academics have held the view that if the Hong Kong experiment succeeded it would be a significant case for reference for resolving the Taiwan question. Taiwan has undergone six presidential election through universal suffrage and three rounds of change of power. What reference value Hong Kong still has for Taiwan?

The strategy of “political encirclement through economics” in Taiwan and Hong Kong is aimed to put aside politics and to focus on economy. Under the principle of mutual benefit, both sides could gain. With that as the starting point, the process of integration will gradually and steadily move forward on the basis of mutual benefit. Ultimately, the political issue of reunification will resolve naturally. That has proved to be too good to be true. It has failed the reality check. Hong Kong has gained tremendously from China’s open and reform policy in the past. Economic grew rapidly. The city has become an international financial hub. But on the political front, relations between Hong Kong and the mainland turned from bad to worse following a string of conflicts including the pace of democratisation, chief executive election and the issues of self-determination recently.

China is now the biggest trade partner of Taiwan, taking up 26 per cent of the island’s exports. It is also the largest source of foreign investments in Taiwan. But close economic and trade ties helps little to reverse the fate of the Kuomintang, who lost the presidential elections this year.

From the mainland’s perspective, they have given many economic and trade preferential policies to Taiwan and Hong Kong. But why they have failed to reap the political gain of “return of hearts” of Hong Kong and Taiwan people to the motherland? More worryingly, the young generation in Hong Kong and Taiwan generally resist the mainland and have strong feeling of alienation. Beijing needs to take a full assessment to understand why it is so. Even more worryingly is the trend of convergence of the trends of pro-independence movement in Hong Kong and Taiwan. It will pose a big problem for Beijing if that has reached maturation. A lot of young people from Hong Kong paid visit to observe the Taiwan presidential election. How will those initial contacts develop? The localist movement in Hong Kong is no cause for alarm. But the consequences of “alignment” of the two pro-independence forces cannot be ignored.

Be the first to comment on "When HK, Taiwan pro-independence forces align"