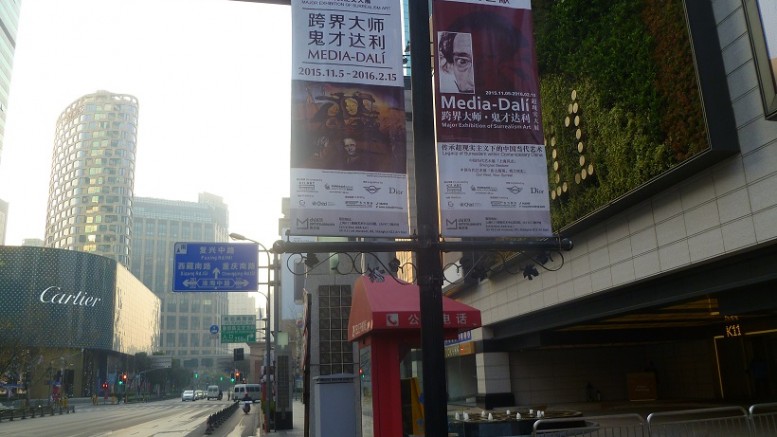 Shanghai aims to become an international financial centre by 2020. The process of financial reform is proved to be difficult.

Over the last twelve months, China has continued on its global path. Yet the last few months have also seen fresh speculation regarding the health of the Chinese economy and the ability of China’s government to effect a soft landing. These fears – while perhaps understandable – are over-stated.

China is clearly facing some demand-side difficulties. The lack of a robust global recovery, combined with a strong renminbi, has made life pretty hard for exporters – and trade generally shows no immediate signs of recovery. In the past, China might have offset falling exports with higher domestic infrastructure spending. But with total investment approaching 50 per cent of GDP, that’s no longer such a comfortable option.

While investment to increase and upgrade China’s capital stock is still very much needed, increasing it too fast would pose familiar dangers, including diminishing marginal returns and the risks associated with excessive debt.

However, whereas China’s old investment-led, export-driven economy might have struggled to find alternative drivers of growth, today’s economy has recourse to higher consumption. Manufacturing is still an important part of the economy, but it actually is no longer dominant. Services now account for around half of Chinese GDP, up from just over 30 per cent twenty years ago.

And while manufacturing and exports are currently weak, consumption remains robust, contributing two-thirds of GDP growth in 2015. Taken together, this means that China’s economy is simply not as susceptible to external shocks as it once was, and is better able to negotiate the headwinds that actually all economies face. Beijing also has sufficient policy options to boost domestic demand to make up any short-fall in growth.

China still has large fiscal reserves that it can use to increase the effective budget deficit beyond the current target if it requires it. And the central bank has room to make additional cuts to interest rates and reserve requirement ratios in the months to come. It is also increasingly well placed to benefit when global demand does eventually recover. Even in the current difficult environment, China’s exporters have actually increased their market share on the back of goods that are higher quality rather than simply lower in price.

So whilst the current macro environment remains challenging, China’s competitiveness has actually increased, not diminished. Obviously, monetary and fiscal measures are finite, and China cannot rely on them forever. But the long-term prospects of the economy and the impact of ongoing reform mean that it shouldn’t need to either, providing it can make the necessary structural changes.

Whilst the new target of 6.5 to 7 per cent GDP growth is not unambitious, it is still a realistic reflection of the current environment, and that growth will land in the middle of that band for 2016. 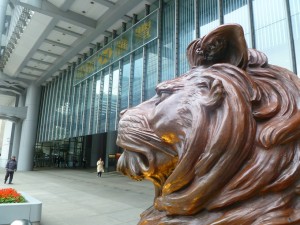 China’s ability to make the necessary structural changes relies on this foundation of stable growth. Reducing debt, resolving over-capacity, opening new sectors to private competition, upgrading the industrial base and shifting to an innovation-driven growth model need time as well as stability.

The need to manage volatility has limited the pace of change in some areas. But slow progress is not a sign of impending difficulty. The new municipal bond market is helping local governments refinance their legacy debt, but it has yet to attract a broad cross-section of investors.

This means that although the structures for change are increasingly in place, local governments can’t yet rely on the municipal market to refinance debt whilst also investing in growth.

The transition will be gradual. But all signs indicate that bank lending to local governments will be allowed to remain strong whilst the move to more sustainable funding channels takes place.

Difficult transition of exchange rate regime is on

Last year’s decision to allow the renminbi to move more in line with market forces surprised the markets, creating a ripple effect across emerging markets that disrupted equities, foreign exchange and bond yields.

The move to change the fixing mechanism of the onshore exchange rate was not an attempt to devalue the renminbi or to boost exports, but an important part of the reform process.

By allowing its currency to adjust, China brought the onshore rate closer to the market and narrowed the gap between the onshore and offshore rates.

It was an opportune and necessary step. However, the market reacted less to the long term benefit of the move and more to a misunderstanding of China’s motives. The temporary re-imposition of capital controls since the start of the year has created a similar sense of uncertainty, causing some to question China’s commitment to reform.

However, it is important to understand what China is actually trying to do here.

China is currently in the middle of a difficult transition from an exchange rate regime that is highly managed to one with greater flexibility. This is far from straightforward and not all of the factors necessary for success are within China’s gift. But China is far better equipped to succeed than others in a similar position in the past.

We expect the mainland authorities to continue allowing the dollar-yuan exchange rate to adjust higher while simultaneously lowering market expectations, thus buying time until conditions allow ‘two-way’ market expectations to develop naturally. This is a prudent middle way that enables China to gradually relinquish control while managing any negative impact.

The turbulence of recent months demonstrates the need to break the cycle of suspicion around China’s motives and its commitment to reform. It is therefore up to China to improve the way it frames its policy responses and guides the markets so that they can respond from a position of knowledge, not guesswork.

What truly sets China apart – what makes it far more likely that it will achieve long-term success – is the combination of untapped economic potential and its proven ability to manage its own environment.

China is not like other emerging nations. It is not subject to the same limitations in terms of its labour market, the terms of its borrowing or the goodwill of institutions dominated by more developed economies.

China’s labour force is already better educated relative to its competitors in emerging markets. The educational attainment levels in China’s main cities already rival those in many developed countries, and Shanghai’s scores on the benchmark PISA exam are the highest in the world.

This has already helped it get ahead in terms of export performance, and will ultimately also translate in to productivity gains and higher GDP per capita.

This economic impact will only be compounded as more people leave low-productivity rural areas and settle in China’s second and third tier cities.

Guangzhou, capital city of southern Guangdong, is one of the most affluent cities on the mainland.

The productivity of someone who moves from a farming role to an assembly line increases by as much as five times in nominal terms, and potentially more in real terms. China’s urbanisation rate is still just 55 per cent, and the measures announced in the 13th Five Year Plan to move 100 million migrant workers to China’s cities actually will significantly boost Chinese GDP. This will also help to rebalance the economic disparity between China’s regions. Just as mobility of labour across Europe paved the way for less affluent economies to converge with richer nations in the EU, so hukou reform will pave the way for China’s poorer areas to catch up with the powerhouses of China’s economy.

Perhaps most critically, China’s ability to redesign the environment around it is already helping to provide the means to complete its transition to a modern and flexible economy with a free, open and supportive financial system. No other developing nation has ever had the same capability. By deploying its capital and influence on the global stage, China has already laid many of the foundations for stronger, more sustainable growth.

The rapid internationalisation of the renminbi has reduced China’s reliance on foreign debt to fuel its transition, while making the health of its currency a matter of international importance.

The Belt and Road initiative is, quite literally, rebuilding the trade and capital flows across Asia and Europe that were regarded as entirely normal for the centuries before Columbus discovered America. This will increase access to markets, better technologies, new brands and a stable income stream.

I understand the pessimism of some observers relating to China. I fundamentally don’t agree with it. If creating the right environment were as simple as pulling a few policy levers, then other nations would have achieved what China is attempting years ago.

But China’s unique advantages and its ability to support its own transition set it apart from any other nation, while China’s presidency of the G20 will enable it to confront many of the external challenges before it.

In the meantime, the fundamentals of China’s economy remain strong and Beijing has enough tools to support growth while it makes the structural changes required to effect a soft landing. All of us, whether investors, intermediaries or stewards of the financial system, have a role in helping China to achieve its goals.

This requires participation and, where necessary, patience – but also a willingness to help foster an appreciation of China’s motives and to increase understanding of what it needs to do to succeed.

This is an edited speech by Stuart Gulliver, Group Chief Executive, HSBC Holdings, at the HSBC China & RMB Forum held on April 7.

Be the first to comment on "Rising to the challenge, shaping a different future"