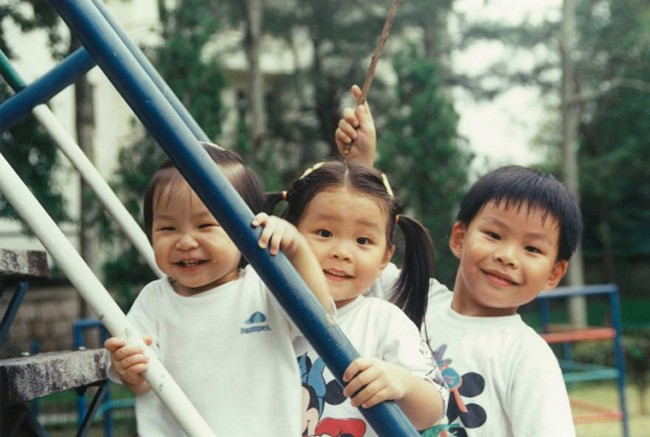 Leung Chung-yan (left), the younger daughter of Chief Executive Leung Chun-ying is embroiled in the latest controversy of their family over her left luggage at the airport.

Three points from the latest scandal surrounding Chief Executive Leung Chun-ying and his family. This time, it is about alleged pressure put by Leung on airport staff to bypass security rules to deliver a piece of left luggage to his daughter, who was at the boarding gate at the time. Almost one day after the allegation ran viral on social media Wednesday night, followed by print and electronic media on Thursday, Leung’s office denied he had put pressure in a statement Thursday evening. He specifically denied having told in his conversation with Cathay Pacific staff to “call me Chief Executive Leung (梁特首).” But he did confirm he has talked to and put questions to the staff concerning the left luggage upon request from his daughter Leung Chung-yan.

As Chief Executive, Leung should know better anyone about the high expectation of people that he and all public servants, in particular those vested with powers, must be whiter than white when it comes to their exercise of powers. Any abuse of power and position, or being perceived as such, by high officials could inflict serious damage on their credibility, integrity and image. Despite the identical, but separately-released, denials by the Leung couple, they did confirm their involvement in the process of the delivery of their daughter’s left luggage to her. Failure to come clean in the incident will raise fresh doubts about his moral standard, adding to a list of controversies that have put his integrity and trustworthiness in question even before he took power in 2012. They include the delay in the removal of illegal structures on his house on the Peak and alleged intervention by him for the police not to investigate a case of report for help by his daughter Leung Chai-yan. With the question of how the luggage was delivered to her daughter left unanswered, doubts about whether the security rules have been compromised because of the Leung couple’s involvement linger.

Leung and his team have a penchant for blaming the pan-democratic opposition for pulling their legs, blocking them from delivering policies and initiatives. That was said to have contributed to the decline of his and his government’s popularity. Controversies such as the luggage incident should have been avoided if the Leung family had been more vigilant about the political sensitivity of their deeds and words. It is inconceivable that, for instance, Leung would have thought he was talking to the airline staff solely in his capacity as his father, not the Chief Executive, about her daughter’s left luggage. Public relations crisis of similar kind put his public relations team to a test. That the PR crisis management team has been almost invisible is another notable case of the dismal performance of his PR team. There are no signs of any pan-democratic black-hands behind the luggage controversy. Leung and his team will only have them to blame for giving the pan-democrats a field day.

Loyalists are caught between a rock and a hard place when Leung is in trouble and lambasted by the pan-democrats. If they join the attack, they fear of being deemed as politically incorrect by Beijing. And it will put more pressure on Leung. But if they throw their weight behind him, they often find difficulty in doing so when the case is weak, if not indefensible.

Ip Kwok-him, a newly-appointed Executive Council member and vice-chairman of the Democratic Alliance for the Betterment and Progress of Hong Kong, may have thought he has played smart not to comment directly on whether Leung has done anything inappropriate. In interview to the media, he seemed to have tried to shift the focus to the security rules. Ip urged the Airport Authority to change the rules to let family members or friends of absent-minded passengers pick up their left luggage for them. In view of the threat of terrorism, travellers have accepted with few qualms about the tight security arrangements, in particular those relating to luggage in airports. Ip owes the public an explanation of why he thinks the case of Leung’s daughter deserves a change of the rules at the expense of the safety of every passenger.